By By Désirée A. Johnson as told to G.M. Filisko 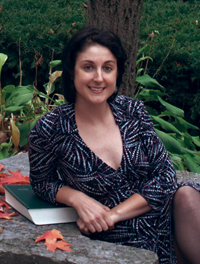 I’m my own boss. I wear jeans and flip-flops and pace around or go for walks as I think through tough legal questions or sort relevant facts from irrelevant facts. If I’ve been up all night with insomnia, I go to work late in the morning. If I want to call my grandmother during the day to talk for an hour, I do it.

Working for myself has been deeply satisfying and has given me self-esteem because I’ve worked hard and pushed through my fears. There’s nothing that compares to that feeling.

How did I get here?

After graduating from a mid-level law school, where I had an OK performance but no participation in such activities as law review or moot court, I didn’t think a good firm would hire me. I’m very productive and I work hard, but I do best when I work at a rhythm and in a manner that suits my personality and biology. Also, I’m unconventional, and when I’ve tried to fit in by being something I wasn’t, it sucked the life force from me. But I knew I could be a great attorney.

So in September 2006, I start­ed the Law Office of Désirée A. Johnson in Burlington, Vt. I spe­cialize in divorce and family law, business law, and elder law, with at least 50 percent of my practice coming from elder law clients. I’ve always wanted to run my own business, and with my own practice I’d never have to be bored at a firm I didn’t want to work for. I could prove to myself that I’m capable, and my hours and workstyle would comfortably fit who I am. My goal was to be intellectually and emotionally challenged and satisfied.

THE FIRST CLIENT OF MANY

When I opened my practice, all the attorneys I knew recommended that I register with the local probate court, which appoints lawyers in involuntary guardianship cases. My first client was a resident at a nursing home who didn’t want to have a guardian appointed for him.

I went to the nursing home to interview him numerous times, and I also interviewed his 11 children. At the guardianship hearing, the other attorney didn’t even have a notebook. We won. My client remained independent.

Though I was paid only $500 for that case, I learned a ton and became the local expert. My practice took off through word of mouth. Staff at the nursing home told me I was the only attorney they’d ever seen who’d come to meet with a proposed ward. They started referring clients to me.

Eventually, I was hired to represent the nursing home in dealing with the state on Medicaid and guardianship issues. The families of the people I represented started calling me with Medicaid and other elder law questions. A wo­man who was up for guardianship asked if I’d be her guardian, and I agreed. That’s a little overwhelming, but it’s awesome, too. I get most of my referrals from former clients, and that feels good to me.

I do many smaller cases, each with a new twist and turn. On larger, more complicated cases, I don’t charge clients for the extra time it takes to learn the issues. I’m not an expert in elder law, but I know what I don’t know. I’m learning more and more about financial planning and what it takes to care for people, and it’s very exciting.

I’ve been doing a lot of networking lunches, but I don’t get many referrals from networking. People really want lawyers to advise them, and they want to know you’re taking care of them. So I’m using the lunches to find accountants, financial planners and bankers whom I trust and can recommend to my clients.

I started making a profit my third month of practice—not a very large one, but still a profit—and I expect to earn between $10,000 and $20,000 when my books are closed after my first year.

It would have been much more if I hadn’t bought health insurance, which cost roughly $6,000; a fairly expensive online legal research subscription; and many, many books and lots of newsletters, so that I could allay my fears that I’d make legal mistakes.

Despite that profit, I’m still not fully self-supporting. I had no money set aside when I started my firm. Instead, I got a line of credit for $20,000—for which I had to pledge my car as collateral—but I haven’t turned to it often.

I also applied for credit cards with 0 percent interest for 18 months, which I’ve used for some expenses. A couple I’m close to has also sent me $1,000 each month to live on. If I’m not completely funding myself and living comfortably by the end of my second year in practice, I may look to work for someone else. But I’m pretty sure I’ll be making decent money soon.

I attribute my early success to several factors. First, I find no shame in calling people for information. Second, I haven’t been too worried about the money coming in.

Instead, I’ve taken on small cases, even pro bono work, to learn everything I can. I read a lot of legal publications and do a lot of Internet research. It’s been more important for me to know something well, even if it’s taken me 60 hours when it should have taken me two.

Finally, I mostly wear jeans, I’m friendly, and I always treat people well. Though it sounds obvious, all those factors show not just approachability but also sincerity and care.

When I focus on caring for my cli­ents and providing them what they need, regardless of what I can bill them, things work out for both of us. When a client’s father died, I was one of the first people she called just to talk about it. That meant a lot to me. I’m there for my clients, and they trust me, which is vital for elder law work—and maybe for all legal work.