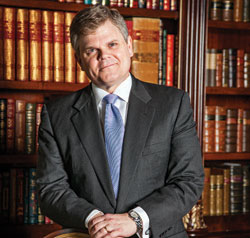 Last month, we examined why it’s so important for judges to write clear openers that set forth the journalist’s time-honored five W’s: who–what–when–where–why (plus how). The same lesson holds true for research memos and emailed explanations in a law firm.

Reporting your research clearly is crucial to your own and your clients’ success. That’s true whether you write a formal memo or just dash off an email. In the rushed exigency of modern law practice, with the expectation of nearly immediate responses to all manner of queries, emails are overtaking formal memos as the standard method for communicating research to senior colleagues and to clients. But with emails there’s a strong inclina-tion to simply get it sent. Maybe you’re just tired of reading it over or maybe you worry it will somehow disappear from your screen and be lost forever.

Before hitting “send,” step back and ask yourself exactly how clear you’re being. Avoid answering in a way that is sure to beget further queries. You might be well-advised to make your summary at least as clear as it should be in a formal memo.

But even formal memos have some common faults: (1) an opener that launches into answering a question that hasn’t even been articulated yet; (2) an opener that assumes a reader who is just as informed about the client’s specific problem as the writer is and therefore states the question with undue abstraction—and no facts at all; (3) an “executive summary” that, being unduly abstract, really summarizes nothing—and leaves all analysis for the middle; and (4) an opener that plunges heavily into facts with no mention of controlling law or principles.

At a recent writing seminar, I asked the lawyer-participants to reconstruct the beginning of one of their most recent research memos. Maggie Bordeaux of Los Angeles gamely produced this, which immediately followed the to-from memo format with a subject line reading “Your Query”:

Social Security overpayments are dischargeable upon filing for Chapter 7 bankruptcy relief unless a timely fraud complaint is filed under 11 U.S.C. § 523(a)(2)(A) and establishes that such debt was due to debtor’s fraudulent misconduct. When a debtor files for bankruptcy in a Chapter 7 case, there is a presumption that the debts listed on the petition are dischargeable. Social Security payments are not a type of debt that is automatically nondischargeable under 11 U.S.C. § 523. Under § 523(a)(2)(A), a debtor’s conduct must be fraudulent to except debt from discharge.

That might do the job at hand—answering a specific person’s query—but its purpose and upshot are unintelligible after a few days. There are unstated premises that hinder the reader’s mind. Consider what Maggie did after some suggestion on how to produce a deep issue:

Re: The dischargeability of Social Security overpayments in a Chapter 7 bankruptcy case.

Maggie won kudos from her colleagues for this much-clarified statement. She had cured fault No. 1.

At a different seminar, Megan Batchelor of Austin, Texas, offered this opener of a memo:

Question presented: Under Texas law, are referral sources legitimate business interests sufficient to support a covenant not to compete?

Brief answer: The question is unsettled. At least one Texas court of appeals has expressly held that referral sources cannot support a noncompete. But two other Texas courts of appeals have suggested that in certain circumstances, referral sources may be a sufficient legitimate business interest on which a post-employment restrictive covenant may be based. In any event, because an employer can base a covenant not to compete on the provision of confidential information, it is unlikely a court would reach the issue presented in this memo.

I asked Megan a few questions about her memo. Why does the phrase “legitimate business interest” keep cropping up? Why does it matter? I confessed that although I’ve litigated covenants not to compete, I didn’t really understand the question about “referral sources.”

What to do? The challenge is to be specific in stating the problem and the solution within a reasonable compass. The best way to do that is with a word limit for the issue statement (I recommend 75 words), and then up to double that length for the answer.

With that bit of guidance, Megan produced this rewritten opener with about two minutes of effort:

Question presented: To be enforceable in Texas, a covenant not to compete must protect an employer’s “legitimate business interest.” Over the past five years, Pantheon Hospital employees have signed employment contracts containing noncompetition covenants that are designed to protect the company’s relationships with doctors who refer patients to Pantheon. Are Pantheon’s covenants enforceable on grounds that these referral sources are protectable as legitimate business interests?

Notice that it contains the journalist’s desiderata: who–what–when–where–why. It’s clear. And the brief answer (as given earlier) is now comprehensible. This rewrite earned Megan an ovation from her colleagues. She had cured fault No. 2.

Let’s say a question is posed to you. The temptation is to answer it “directly,” given all that has been said here about directness as a virtue. The problem with reporting research in a reply is that piecing together the question and answer becomes a matter of reading an entire email chain. You may well be tempted to answer lazily and superficially if you are simply hitting “reply” and reporting your findings without restating the question.

Sometimes the cryptic nature of an email exchange results from the unstated premises that the correspondents have exchanged conversationally. In other words, the email messages are mystifying to an outsider—and may well mystify even the correspondents themselves after a short time has passed. Once again, a senior colleague asks you to look into a point you have already spoken about briefly:

Please research how the timing of the refiling of the amended complaint against the Horchows affects our ability to serve valid proposals.

A new proposal can be served 90 days after the newly refiled complaint. Fla. R. Civ. P. 1442. Anything else?

Your senior colleague might well question the accuracy of your response—even whether there has been a meeting of the minds about the problem. The blame lies partly with the elliptically phrased assignment and partly with the equally elliptical reply.

Notice what an improvement it makes if you spell out the problem more fully—again, so that anyone can understand your answer.

George, here are my findings:

Question: The Horchows, having previously filed and dismissed a state lawsuit against our client Allied Mutual, have now filed an “amended complaint” in state court, again naming Allied Mutual as a defendant. Does the amended complaint commence a new lawsuit, restarting the 90-day clock for the service of a proposal for settlement?

Answer: Yes. Under Florida law, a complaint refiled after a voluntary dismissal commences a new lawsuit, even if that pleading includes the descriptor “amended” in the title. The dismissal ended the earlier lawsuit. A new lawsuit begins upon the filing of either a new complaint or an amended one. Under Florida Civil Rule 1442, the 90-day rule on timing for valid proposals for settlement is also restarted.

This type of concrete explicitness is highly desirable because it earns more credibility, shows a greater command of the material and confers on the writing something approaching universal intelligibility.

This article originally appeared in the September 2014 issue of the ABA Journal with this headline: “Stop: Before You Hit ‘Send’…: Why it’s crucial to report your research intelligibly.”

Bryan A. Garner is the president of LawProse Inc. His most recent books are the 10th edition of Black’s Law Dictionary and the third edition of The Winning Brief.