Taking the Case to Capitol Hill 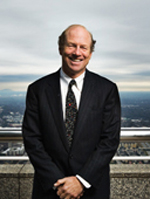 Five years ago, federal prosecutors and government agencies began introducing new guidelines for prosecuting corporations on charges of financial wrongdoing. Since then, the ABA has campaigned to make sure those policies don’t undermine attorney-client privilege, work product protections or the constitutional rights of em­ployees to defend themselves against criminal charges.

The current focus of those efforts is on Capitol Hill, where the ABA and a broad coalition of business groups and other bar associations are urging Congress to pass legislation that would roll back certain policies adopted by the Department of Justice and a number of federal regulatory agencies.

Under those policies, federal agencies can pressure businesses under investigation to waive their privileges as a condition for receiving lenient treatment later on. Likewise, they can pressure companies to punish or fire employees for simply asserting constitutional rights.

As urged by the ABA House of Delegates, bipartisan leg­­is­­lation curbing those gov­ern­ment pressures has passed in the House of Representa­tives (H.R. 3013) and is pending in the Senate Judiciary Com­­mittee (S. 186).

“Those government policies—which arose in response to Enron and other similar corporate scandals—have cre­ated a ‘culture of waiver’ that is seriously undermining the confidential attorney-client relationship in the corporate community,” says R. William Ide III of Atlanta, an ABA past president who has chaired the association’s Task Force on Attorney-Client Privilege since it was created in 2004. The task force took the lead in developing the policies adopted by the House of Delegates.

“The protection of confidential communications between client and lawyer, as embodied in the attorney-client privilege, has been a bedrock principle of our justice system for hundreds of years,” says Ide. “From a practical standpoint, the privilege plays a key role in helping companies to act legally and properly by permitting corporate clients to seek out and obtain guidance in how to conform conduct to the law.” The privilege also facilitates internal investigations by companies, he notes.

There have been some victories for the ABA and its allies on this issue. The U.S. Sentencing Commission and the Commodities Fu­tures Trading Commission both reversed policies that, in effect, rewarded companies for compromising priv­ileges. Similar policies remain in effect, however, at the Jus­tice Department and other federal entities.

The ABA is particularly concerned about the Justice Department policy, origi­nally set forth in the 2003 Thompson memorandum and revised in 2006 by the McNulty memorandum (both named for assistant attorneys general who drafted them). Although the McNulty memorandum requires high-level Justice approval before any demand for such a waiver, it continues to countenance pressure on companies to waive attorney-client privilege voluntarily, as well as pressures to punish or fire employees long before there is proof that they committed wrongdoing.

In a November letter to members of the House Judi­ciary Committee, ABA President William H. Neukom of Seattle wrote that the bills before Congress would “strike the proper balance between the legitimate needs of federal prosecutors and regulators, and the constitutional and fundamental legal rights of indi­viduals and organizations.”