The Good, the Bad, and the Tiny 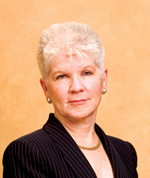 A burgeoning technology with unlimited potential and uncertain risks is prompting some lawyers to think small.

The focus of their attention is nanotechnology, the science of working with particles of such minuscule size that they cannot even be seen through the most powerful conventional microscopes.

“The legal profession needs to be very mindful of the legal obligations that arise because of this technology,” says Lynn L. Bergeson, the managing director at Bergeson & Campbell in Washington, D.C., and chair of the Pesticides, Chemical Regulation and Right-to-Know Committee in the ABA Section of Environ­ment, Energy and Re­sources. “Some say nano is the wild, wild West out there, but nothing could be further from the truth.”

The National Nano­technology Initiative, a coalition of federal entities formed in 2001 to coordinate the government’s research and development in the field, defines nanotechnology as the “understanding and control of matter at dimensions of roughly 1 to 100 nanometers (one billionth of a meter), where unique phenomena enable novel applications.” To appreciate how small that really is, consider that a human hair is roughly 80,000 nanometers wide.

It is possible for scientists working with materials at the nano scale to enhance or change their properties. Those materials then can be used to dramatically affect the performance of a vast array of products.

Nanotechnology can, for example, be used to transform carbon—which normally exists in the form of diamonds or graphite (such as the lead used in pencils)—into “nanotubes,” a new type of structure that is 30 times stronger than steel at a sixth of its weight.

Experts foresee a dramatic increase in the use of nanotechnology over the next few years. Lux Re­search Inc., a New York City-based consulting firm on emerging technologies, predicts that by 2014, products and processes that incorporate nanotechnology will be valued at $2.6 trillion—15 percent of global manufacturing output.

The Project on Emerging Nano­technologies, a study group that is co-sponsored by the Woodrow Wilson Inter­na­­tional Center for Scholars and the Pew Charitable Trusts, states on its website that the ability to work with materials at the nano scale “will affect virtually all of the devices and materials we deal with in everyday life, from consumer products to food to medicine.”

So far, that impact has been strongest in the consumer market, where more than 600 prod­ucts incorporating nano­­­technology are already available, with new ones being added on an almost daily basis, according to the project.

If the sunscreen you slather on at the beach this summer doesn’t create that familiar smear of white cream, for instance, it’s because the product you’re using incorporates nano­technology.

FEAR OF THE UNKNOWN

But warning flags also have gone up about nano­technology. The primary concern is that not enough is known about the behavior of particles at the nano scale to be able to fully assess their potential effect on people and the environment.

“As a new field, nanotechnology is just beginning to deliver on its promise,” notes the Emerging Nanotechnologies Project’s website. “But, like many new technologies, safety and ethical concerns about its use remain. Little hard research has been done on the health risks of nanotechnology, and there are so many different sorts of nanotechnology that it is hard to characterize those risks.”

A study published in the May issue of Nature Nanotechnology, for instance, reported findings from tests on mice suggesting that some forms of carbon nanotubes have the potential, if inhaled, to cause mesothelioma—a cancer of the lining of the lungs that has been directly linked to asbestos exposure.

So far, says Bergeson, efforts by government, industry and independent research groups to create a framework for addressing issues raised by nanotechnology have been piecemeal.

“Would I have preferred a greater coordinated effort on research early on? Absolutely,” she says. “Could the federal government be more focused on coordinating and prioritizing research to form the basis for regulatory enhancements? Yes. That’s an issue the chemical industry has been urging for the last two-and-a-half years. But we live in an imperfect world, and coordinating the behemoths of the Food and Drug Administration, the Environ­mental Protection Agency and all the other federal agencies is no small task.”

In addition, says Bergeson, some effort should be made to coordinate research and educational activities in the United States with various initiatives being undertaken by the European Union and other international organizations.

“If I had my way,” says Bergeson, “a comprehensive research road map would be undertaken by the National Academy of Sciences to ensure that research priorities are being properly addressed and coordinated.”

Bergeson’s committee in the Environment, Energy and Re­sources Section is one of two ABA entities analyzing the legal framework for addressing issues relating to nanotechnology.

Bergeson emphasizes the timeliness of those efforts. “Lawyers have an important opportunity to help define some of these issues, to help regulators understand what the technology is and how existing regulatory law applies, and where additional analysis and research could be best applied,” she says. “It’s helpful to ‘blue-sky’ these issues now, so we’re not caught flat-footed, so when Congress starts asking about the adequacy of the legal infrastructure, we’ve got something to say.”

The Pesticides, Chemical Regu­lation and Right-to-Know Com­mit­tee has launched the second phase of its Nanotechnology Project.

In the first phase, the committee assessed the suitability of key federal statutes as they might relate to human health and environment issues presented by nanotechnology.

Some 100 committee members were assigned to seven different teams to conduct the assessments. Between May and June of last year, representatives from the teams presented their findings to officials of the Environmental Protection Agency.

The second phase in­volves similar analy­ses by committee members of additional federal statutes. The committee also is planning to hold a series of teleconferences that would coincide with the release of the next set of briefing documents.

Meanwhile, the Nanotechnology Committee in the Section of Science and Technology Law is working to create a forum where lawyers can learn and discuss nanotechnology issues, says committee co-chair Timothy M. Hsieh, a patent attorney at MH2 Technology Law Group in Tysons Corner, Va. His co-chair is James J. Boyle, a patent attorney at Finnegan, Henderson, Farabow, Garrett & Dunner in Reston, Va.

The committee is planning a series of monthly meetings that would alternate between Palo Alto, Calif., and Washington, D.C., featuring speakers who would address various issues relating to nanotechnology. The committee plans to record the sessions and make them available through its page on the ABA website, then sponsor continuing conversations on its e-mail discussion list.

The committee expects to include ethics topics on its nanotech agenda, says Hsieh, who notes that some scientists believe nano-scale biology has the potential to significantly enhance the performance, durability and health of the human body.

“So there is the question: Is it ethical to do so?” says Hsieh, a member of the advisory board of the Nano­ethics Group, an independent research organization based at Cali­fornia Polytechnic State University in San Luis Obispo. “And who would benefit—just the rich people who can afford it? It would be like cosmetic surgery, only more so.”

WHAT WILL PEOPLE THINK?

Experts say Congress ultimately will have to play a greater role in ensuring that concerns about nano­technology issues are addressed sufficiently. Otherwise, they say, public doubts about the field will grow.

Bergeson expects Congress, sometime soon, to review whether the Toxic Substances Control Act in its current form is adequate to deal with nano-scale materials.

In April, public interest groups and the chemical industry wound up on the same side in support of a 10 percent set-aside to fund environmental, health and safety research as part of a roughly $1.5 billion reauthorization of the National Nano­technology Initiative.

“Public trust is the dark horse in nanotechnology’s future,” said David Rejeski, director of the Project on Emerging Technologies, in testimony before the Senate Subcommittee on Science, Tech­nology and In­no­vation. “If government and industry do not work to build public confidence in nanotechnology, consumers may reach for the ‘No nano’ label in the future, and investors will put their money elsewhere. Public perceptions about risks—real and perceived—can have large economic impacts.”

Referring to the kinds of coalitions that are developing on the issue, Bergeson says, “Nanotechnology forges alliances where you might not expect them.”

That’s just one of the surprises in a field that promises many more to come.

Briefing papers on nanotechnology prepared by the ABA Section of Environment, Energy, and Resources’ Pesticides, Chemical Regulation, and Right-to-Know Committee.