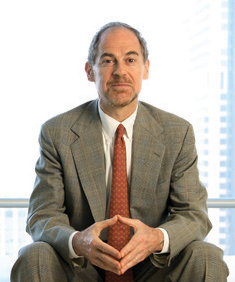 Jordan Mintz, some lawyers say, did what he should have done when filing the 2000 proxy statement for the now-defunct Enron Corp. As general counsel for Enron’s finance group, Mintz asked in-house securities lawyers, as well as four outside law firms, how he should report the repurchase of a troubled Brazilian power plant from a partnership controlled by Enron’s chief financial officer.

But according to the U.S. Securities and Exchange Commission, Mintz’s actions weren’t enough. The SEC sued him in March 2007, alleging that he knew, or should have known, that the buyback was a sham transaction, designed to inflate company revenue reports shortly before Enron’s 2001 collapse.

According to the complaint, the two in-house lawyers failed to disclose how much money ex-CFO Andrew Fastow got from running partnerships—like the Brazil­ian power plant—that did business with Enron.

Fas­tow pleaded guilty in 2004 to two counts of wire and securities fraud. He agreed to serve a 10-year prison sentence and to cooperate with authorities.

But some lawyers say most of the defendants relied on information given by executives who may not have been completely forthcoming about their actions or their money.

And, they say, the SEC’s actions are exactly what attorneys feared after the Sarbanes-­Oxley Act became law. The 2002 corporate responsibility law originally was to have “noisy withdrawal” provisions, which would have required in-house lawyers to notify the SEC if a board member failed to respond to a reported material violation. The provisions were eventually tabled out of concern they would compromise attorney-client relationships.

“What has emerged in its stead,” according to David B. Bayless, a partner in San Francisco’s Covington & Burling, “is the SEC’s efforts to obtain through the enforcement process what it could not obtain through rule-making.”

Bayless, who headed the SEC’s San Francisco office, presented an article on the issue to North­western Uni­versity Law School’s Corporate Coun­sel Institute in October. He says he finds the Mintz/Rogers case particularly troubling. “All you have are these SEC allegations that these transactions were part of a scheme to conceal what was going on,” he says.

The power plant buyback was part of a “secret oral side agreement” Fastow had with Enron, Bayless adds. If the conduct was secret, he asks, how is the general counsel supposed to know about it?

“Is the general counsel supposed to assume that management is lying?” Bayless asks. “Or can you just assume, unless there’s some sort of red flag, that what you’re told is true? The way I read this, the general counsel has some duty to investigate what he’s told. That’s what I think is troubling.”

It’s possible that some GCs may have been negligent, Bayless says, “but that’s not fraud. And in some situations, you look at the actions and think there’s nothing wrong with what the lawyer did.”

The SEC’s deputy director of enforcement, Walter Riccardi, disputes Bayless’ assessment. “If someone gives professional advice, exercising professional judgment in good faith, I don’t think there’s an appetite to second-guess that and try to bring regulatory sanctions, even if it turns out that their judgment is mistaken,” says Riccardi. “I don’t think the commission is doing that at all.”

BIG NAMES ON THE HOOK

Olesnyckyj was charged with a civ­il infraction—backdating stock option grants when the price was low so that individuals, including himself, received grants of in-the-money options. Olesnyckyj also faced criminal charges and last February pleaded guilty to securities fraud and conspiracy.

“You don’t get prosecuted unless there’s some evidence you intentionally did something wrong,” says Caldwell, previously director of the Justice Department’s Enron task force. “Obviously people do get wrongly charged, but it’s usually not because the government thinks they’re trying to do the right thing.”

Some lawyers, Caldwell says, are overreacting to the SEC’s actions involving general counsel. “I think they’re right to be concerned, because the government has said [it intends] to look for lawyers to sue. It views them as someone who can prevent things from happening,” she adds. “But you still have to do something wrong. Usually, people don’t just get prosecuted for making honest mistakes.”

Still, John H. McGuckin Jr., execu­tive vice president and general counsel of San Francisco’s Union Bank of California, says that corporate counsel are concerned. “I used to be a probate and trust lawyer, and in those days I’d read the obituaries to see which of our clients had died,” he says. “Now I read the criminal blotter, to see who has been indicted.”

He mentions the complexity of SEC filings. “Most general counsel don’t have an accounting background, and very few of us have accountants in our legal division,” McGuckin says. “So when we review documents, we’re not coming at it from that perspective.”

As of November, two of the nine enforcement actions have been settled. But the terms don’t reveal what happened and so don’t help GCs trying to learn to avoid missteps, says Jill E. Fisch, a business law professor at Fordham Law School.

“One thing we’ve looked at was trying to figure out what the lawyers might have done wrong, and it was very hard from the record,” she says.

“What we don’t know is exactly what the lawyers knew or what steps could have been taken,” Fisch says. “People are really struggling, particularly about under what circumstances can lawyers rely on senior management, and what kind of information will the SEC view as know­l­edge or a red flag.”

And ideas have changed about what sort of behavior is actionable, says Lucian T. Pera, a Memphis, Tenn., lawyer who handles professional liability matters. He mentions a 2006 Wall Street Journal series on the practice of secretly backdating stock option grants to benefit corporate insiders. The series won two Pulitzer Prizes and led to government investigations.

“There was a point in history, before the articles, where some of the conduct that was going on as far as backdating was really accepted, if it was properly disclosed,” says Pera, a partner with Adams and Reese. “Ad­mittedly, a lot of the conduct should have looked to anybody like it was problematic, but that tells us that standards can change.”

In September, Pera co-wrote an article about the general counsel enforcement actions that was published by the Association of Corporate Counsel.

Pera mentions that Giovanni Prezioso, the former SEC general counsel, stated a few years ago that the commission would seek sanctions based on lawyers’ actions in certain situations—such as failing to provide advice and participating in illegal conduct—but it was unlikely that sanctions would be imposed based solely on legal advice.

“If you look at the data, you see that it’s actually supported by what they say they’re doing. It’s very much consistent with the gate­keeper notion,” says Pera.

“The rhetoric about gatekeepers has in fact become a reality.”