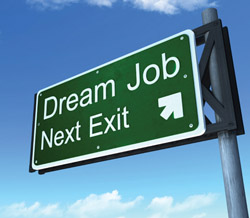 If you’re looking for work, we don’t have to tell you that the legal job market is bleak. On average, firms hired 44 percent fewer summer associates this year, according to an American Lawyer survey, and some canceled their programs altogether. Some firms still are deferring the first-years they hired last year, and NALP predicts things are only going further downhill.

Can it really be that bad? We checked in with five firms to find out their hiring plans—and, based on our distinctly unscientific survey of hiring prospects, we came away not quite as depressed as we expected to be.

Then: In March 2009, K&L Gates laid off 36 associates and 79 staff in its U.S. offices—4.9 percent of its associates and 4.3 percent of staff. Some offices implemented salary cuts by as much as 10 percent, according to reports. Firmwide, K&L Gates had only 34 summer associates this year, down 46 percent from 2009. But the firm also opened five new offices in the last year.

Now: Susan Fried, chief officer of recruitment and development, anticipates next year’s summer class being slightly larger than 2010’s. And because the 2009 summer class was small, some K&L Gates offices are planning to hire 3Ls as first-year associates for next fall, even if they didn’t summer at the firm.

Some offices also are looking to hire later ally, especially associates with intellectual property and FDA experience. “People thought, given the recession, that you could just kind of look around and wherever you went you would find really great people, and that just isn’t the case. It is not as easy as you might think to fill lateral positions. We’re probably not in the market for a midlevel corporate. That’s the area that tends to be slow,” Fried says.

K&L Gates plans to continue to pay first-years $160,000; summer associates will earn the equivalent. More senior lawyers’ pay will be merit- and market-based. “We will watch the market and remain competitive in each of our locations,” says Fried, who works out of the Boston office.

Then: In February, Howrey laid off 29 associates in its U.S. offices. Its summer associate class was 30 percent smaller this year than in 2009. And, since fall 2009, first- and second-year associates have been working at reduced salaries in a two-year apprenticeship training program.

Now: Don’t expect much to change at Howrey in terms of hiring, says Martin Cunniff, chairman of the firm’s Attorney Training and Professional Development Committee and a partner in the Washington, D.C., office. “There’s been a gradual downward trend in the amount of law students we hire. We use more staff attorneys and technical analysts and things like that.”

While Howrey is still doing on-campus recruiting, Cunniff expects next year’s summer associate class to be about the same size as this year’s.

And don’t look to the firm for active hiring of associates. “Which isn’t to say, you know, if somebody is outstanding we won’t look,” he says. Lateral partners have been hired in Düsseldorf, London and Chicago. “But as far as associates go, that’s a tough market.”

Then: In March 2009 the midsize California firm of Allen Matkins Leck Gamble Mallory & Natsis laid off six associates, according to reports, and lowered first-year associate salaries to $145,000.

Now: This year’s summer associate class was half the size of its high of 12, but John Gamble, who heads the firm’s recruiting programs and is operating partner of the San Fran cisco office, expects the firm to extend an offer to all who impress. He says as many as six first-year associates may start in the fall, and no deferments are anticipated.

Allen Matkins is actively recruiting partners in the corporate area, IP and business litigation. But sorry all you midlevel associates, the firm is not hiring laterals unless there’s a specific need, according to Gamble.

Then: In 2009 the Philadelphia-based firm laid off some 60 staff members but spared attorneys. The firm also absorbed 65 lawyers from Wolf Block. Cozen O’Connor’s summer class this year had only 12 law students, down from 18 in 2009.

The firm is not actively looking for laterals (though the firm’s commercial litigation practice group has been seeking more senior attorneys). Rather, Cozen O’Connor is sticking with its strategy of hiring groups of attorneys—like the 15 just recruited from Sher & Blackwell, who are expected to join the D.C. office this fall.

Now: The multistate firm plans to keep its recruiting on par with 2009 levels with five or six new attorneys starting this fall, says managing partner Tim Berg of Phoenix. Those numbers are consistent with recruiting over the last decade.

But don’t look to Fennemore Craig for lateral hiring. The firm isn’t taking on as many as it did in 2006, when it opened two new offices. Now it’s only hiring laterals to fill specific needs.