Associates in the Trenches 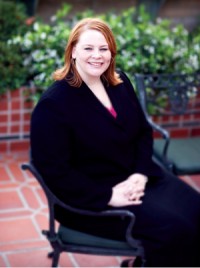 Andrew J. Warmus wanted to work at a large law firm, but few recruited on his Milwaukee campus. So he took things into his own hands—and the hands of family and friends.

“I basically called up people I knew and asked if they could get my resumé in front of the right people,” Warmus says. He graduated last year in the top 10 percent at Mar­quette University Law School, which ranks No. 97 on U.S. News & World Report’s list of the top 100 law schools.

His approach worked. He is now a corporate securities associate in the Chicago office of Seyfarth Shaw, which has more than 700 lawyers in 10 offices. “Once you have a chance to meet some of the people,” Warmus says, “where you went to law school becomes less of an issue.”

TRY THE BACK DOOR

While it may seem like prestigious law schools have a lock on the prestigious jobs, that’s not always the case. “One thing that is true, but not often known, is that there is always a way in the back door,” says John E. Nordin II, an assistant chief at the Los Angeles U.S. At­torney’s Office.

He recalls a lawyer he hired who graduated from California Western School of Law, a San Diego, Calif., institution seen as a tier-four law school, per the USN&WR rankings.

“He was phenomenally successful,” Nordin says. “On the other hand I’ve worked with people from Harvard and other major law schools who are ineffective, temperamental —basically almost useless.”

For the most part, lawyers who make hiring decisions say they’re open to candidates who attended a variety of law schools, and that’s usually true, says Julie Q. Brush, a legal recruiter who works out of Redwood Shores, Calif.

She notes that there’s a high demand for associates now, so many firms are considering graduates from schools they may previously have deemed second-tier, or second-rate.

“When there is a super-high demand for a particular type of as­sociate and there aren’t that many asso­ciates to fill that spot,” Brush says, “law firms will definitely dip into the lower rank of law schools.”

But, she says, many firms will place a cutoff on grades, only considering the top candidates.

Location also figures in. White-shoe firms often hire from nearby law schools that aren’t prestigious, Brush says, but are unlikely to hire someone who graduated from a far-away second-tier law school.

“If I were to apply to a firm that doesn’t have a California office, I don’t know what my experience would have been,” says Clancy, who attended Southwestern because the school gave her a full-ride scholarship.

When Clancy started working, she did feel a need to prove herself, she says, perhaps more so than colleagues who graduated from other law schools that were higher ranked. She suspects that other South­western alums at similar law firms feel the same way.

“I think we’re hungrier, and maybe we work harder,” says Clancy, who began her legal career as a summer associate with the now-defunct Brobeck, Phleger & Harrison.

She says other summer associates in her class—from schools such as Harvard Law School and the Uni­versity of Michigan School of Law—did not get offers to return as first-year associates, but she did.

“Who knows what it all came down to in terms of who got an offer and who didn’t,” Clancy says. “I don’t want to say it was validating, but it’s possible that it was.”