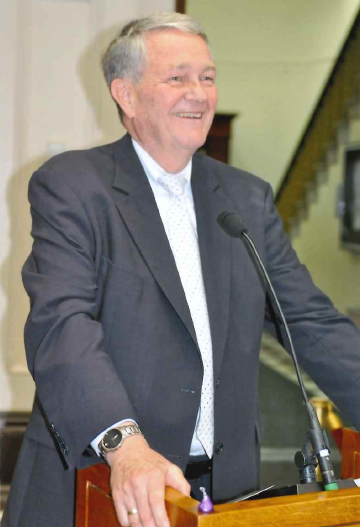 Criminal trials have virtually disappeared in many federal courtrooms. According to a U.S. Sentencing Commission report released last month, “In recent years, 97 percent of federal defendants convicted of a felony or Class A misdemeanor offense are adjudicated guilty based on a guilty plea rather than on a verdict at a trial.” But sentencing seemed to remain visible. In open court, federal judges traditionally explained to victims, the defendant and the community the sentences they imposed.

Now, sentencing’s openness is in jeopardy, in my personal opinion, as federal prosecutors and defense counsels seek to conceal or disguise defendants’ cooperation with prosecutors or law enforcement, and how that cooperation drives their sentences lower. Why? Because, they say, defendants known or believed to have cooperated face violence in federal prison.

Cooperation affects a remarkable number of federal sentences. For fiscal 2017, the U.S. Sentencing Commission reports that federal prosecutors sought cooperation-reduced sentences for 7,128 defendants—10.8 percent of all federal criminal defendants sentenced. In some districts the percentage is much higher—in Maine, for example, 28.9 percent; eastern Pennsylvania (which includes Philadelphia), 34.8 percent. That is a significant part of the federal sentencing process to disguise or conceal from the public, from victims who want to understand the sentence, and from other defense lawyers who seek proportional sentencing for their clients. And those numbers do not include cases in which a judge is asked to reward cooperation that was insufficient to produce a prosecution motion. Indeed, if cooperation can be successfully disguised, the public will be unable to ascertain whether a federal judge’s explanation for any sentence is forthright and complete. Potentially all federal sentences and their rationales will seem veiled.

How we got here: an abbreviated history
Federal prosecutors have long used cooperators to help prove crimes. While the cooperation continues, it needs to be secret so as not to alert wrongdoers who are still being investigated but not yet charged. So judges seal from public view cooperation that has not been completed. The need for that type of secrecy generally ends when the cooperation ends, in most cases at the time the cooperator is sentenced.

When mandatory guidelines and mandatory minimum sentences arrived in the late 20th century, federal defendants gained a new incentive to cooperate: Only a prosecution motion based upon their substantial assistance (a 5K1.1 motion to those in the know) could generate a sentence below the guideline range or below an otherwise mandatory sentencing floor created by statute. The U.S. Supreme Court made guidelines advisory in 2005 (U.S. v. Booker), but cooperation remains the only way to get a sentence below the statutory floor. Plus, cooperation produces a lower guideline range that operates as a powerful anchor on the sentencing judge.

Sadly, however, 21st-century federal prisons have become dangerous for cooperators. “Snitches get stitches.” Here, chronologically, are some of the evidence and fallout.

In 2001, the Judicial Conference of the United States (the federal judiciary’s policy-setting body) made the statement-of-reasons portion of the sentencing document publicly unavailable after the Bureau of Prisons reported “an emerging problem of inmates pressuring other inmates for copies of their presentence reports and statement of reasons to learn if they are informants.” In 2002, the BOP prohibited prisoners from possessing presentence reports and statements of reasons in their cells, allowing them to consult those documents only in a secure area.

Other paper documents in a criminal case file can reveal cooperation, but buried in the courthouse archives they were functionally obscure. Then along came electronic case filing to replace paper documents and dockets. At first, the judicial conference declined to extend electronic filing to criminal cases (2001). After a pilot project with no apparent ill effects, however, the conference approved in 2003-’04 making criminal case files accessible over the internet.

By 2006, according to a notice to federal judges, a new website called Who’s a Rat was outing those who cooperated and revealing identities of undercover agents. The website used many electronic documents downloaded from the courts’ electronic case files system.

As a result, judicial conference committees recommended “that judges consider sealing documents or hearing transcripts” in cases involving “sensitive information” or yielding “incorrect inferences.” That same year, the Department of Justice asked that electronic access to all plea agreements be eliminated. But after seeking public comment, a conference committee in 2008 recommended against the change. It did ask each court to adopt a local policy to protect cooperating information while recognizing “the need to preserve legitimate public access to court files.”

Following a major Fordham Law School conference in 2010 on cooperation confidentiality, the judicial conference reported to Congress that no single best practice had emerged on how to handle plea agreements revealing cooperation, and therefore no single uniform national rule was proposed. In 2014, three conference committees jointly asked judges to stop using cooperators’ names in opinions and orders.

In a 2015 high-profile case, U.S. v. McCraney in the Eastern District of Texas, federal prosecutors were pressed to justify their request that cooperation documents remain sealed despite a journalist’s request to see them. Prosecutors called as witnesses a supervisory intelligence officer for the Bureau of Prisons, a special investigator at a federal correctional complex, and an assistant U.S. attorney with a combined 60-plus years of experience with cooperating defendants. Their testimony was explosive. For several hours these officials/witnesses described to a federal judge “specific cases in which disclosure of the identity of an informant, and even disclosure that an inmate had relayed any information at all to prison officials, resulted in retaliation in the form of realistic and believable threats of violence, actual violence and death.”

That same year, the Federal Judicial Center surveyed federal district judges, U.S. attorneys’ offices, federal defenders, court-appointed defense counsels, and chief probation and pretrial services officers about harm to cooperators. The survey, published in 2016, revealed that “defendants were most likely to be harmed or threatened when in some type of custody,” that “court documents or court proceedings [were frequently] the source for identifying cooperators,” that concerns about harm or its threat “affected the willingness” of defendants and others to cooperate, and that it was “a significant problem.”

Following the survey, a conference committee determined that further action, including formal rule-making, was necessary to protect cooperators. But the federal rule-making process is time-consuming. So while asking the criminal rules committee to adopt rules to address the issue, it made an interim recommendation: Create sealed supplements in all cases—whether cooperation occurred or not—so that an outsider could not determine from the docket whether a defendant had cooperated. It said that “the harms to individuals and the administration of criminal justice in this instance are so significant and ubiquitous that immediate and effective action should be taken to halt the malevolent use of court documents in perpetuating these harms.” Some courts adopted that interim proposal, thereby (they hope) disguising cooperation.

But the proposal was controversial. So the director of the Administrative Office of the U.S. Courts appointed a Task Force on Protecting Cooperators “charged with taking a broad look at this issue and recommending actions by all entities concerned, including the Bureau of Prisons, the criminal division of the Department of Justice, the U.S. Marshals Service, and United States attorneys.”

The task force first met in November 2016, and the director predicted a final report by fall 2017, but given the difficulty of the assignment, it was August 2018 when the final report issued. As of this writing, it has not been released publicly.

Meanwhile, in response to increasing requests from prisoners and third parties for court documents (including transcripts) to reveal whether a prisoner has cooperated, federal prosecutors and defense counsels are asking many federal judges to hide cooperation, including how the judge used it in calculating the sentence; to discuss the subject in chambers, not the courtroom, or at least out of public hearing in a whispered conference at sidebar; to partially seal and redact sentencing transcripts; and to disguise the process so that others cannot determine whether a defendant cooperated. Moreover, they move to seal any documents that might reveal cooperation—cooperation agreements, motions to depart under 5K1.1, sentencing memoranda, etc.—and to keep them sealed for the duration of the sentence.

Defendants want their cooperation secret for their safety; prosecutors want it secret, so that defendants are not afraid to cooperate. Many judges comply with these requests, and some districts have adopted standing orders to preserve cooperation secrecy. But nationally, and sometimes even within individual districts, it is a patchwork quilt.

Pity the journalist or citizen who seeks to know with certainty what happened at a particular federal sentencing.

That is where things stand. Next: What is to be done?

Judge D. Brock Hornby, a federal district judge in Maine, served as chief judge from 1996 to 2003 and took senior status in 2010. He is an emeritus member of the council of the American Law Institute and has served on the U.S. Judicial Conference and its executive committee. He has taught judges and lawyers in many countries. He received the 27th Annual Edward J. Devitt Distinguished Service to Justice Award at the U.S. Supreme Court in 2009. In his spare time, Hornby writes “Fables in Law” that are published in the Green Bag.