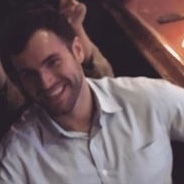 “To alcohol! The cause of, and solution to, all of life’s problems.”

That quote comes from Homer Simpson, a character who is not licensed to practice law in any of the several states that contain a city named Springfield. However, another classic Simpsons character with a drinking problem is Lionel Hutz, one of television’s most famous fictional lawyers.

And Mr. Hutz, a recovering alcoholic who makes calls to his AA sponsor during periods of high stress, is not the only attorney with a weakness for the bottle.

The alcoholic lawyer is a tired trope, both in fiction and reality. Numerous studies through the decades have shown lawyers to be significantly more prone to alcoholism than the general population. A 2017 Hazelden Betty Ford Foundation study found 36.4 percent of lawyers surveyed had scores consistent with problem drinking. But this statistic could surely be expected to change as health-conscious millennials, a cohort known for bucking the long-standing trends of previous generations, come to dominate the field of law.

So far, the evidence suggests otherwise.

Millennials largely tend to drink, as some have written. This is understandable when you consider the extrinsic factors that increase the risk of alcoholism, such as financial strain and professional instability. In general, millennials have faced heavy student loan burdens, due to (in my opinion) exorbitant tuition increases in recent years, along with a rough job market, with many young people taking years to find a steady job in their field. And those jobs are often concentrated in a handful of expensive cities where each paycheck is eaten up by high rent and grocery bills, since wages have failed to keep up with inflation during the period in which millennials have entered the workforce. All of the above has especially been the case in the legal profession post-2009. Plus, drinking is expensive, so a booze habit results in more financial stress, which obviously requires more alcohol for coping purposes (see the Homer Simpson quote at the beginning of this article).

From October’s ABA Journal: Tales of addiction: What every attorney should know about alcohol and substance abuse.

In previous generations, men outdrank women significantly. However, millennial women drink just as much as their male counterparts, which is a lot.

Millennials’ drinking habits, in comparison with other generations, are reflected in legal profession alcoholism stats, which show that junior associates at law firms are the heaviest drinkers. Also, at least when it comes to beer, millennials prefer stronger drinks. When baby boomers hit the town, according to information published by Beeradvocate, they were content to drink Miller High Life, 4.6 percent alcohol by volume, while Gen-Xers liked to party with Coors Lights, 4.2 percent ABV. But the millennial generation prefers craft beer, which tends to have about twice as much alcohol content as old school lagers and pilsners like Bud and Miller, with IPAs and similar beers typically featuring 7 percent or more ABV. Even worse, craft beer is also way more expensive. I find craft beer drinkers tend to think of themselves as more sophisticated than the target audience of, say, Rolling Rock, favoring beverages with punny names like Smooth Hoperator, served in settings with rustic decor and $20 mozzarella sticks. But the high alcohol content of craft beers is actually most comparable to malt liquor, a beverage rarely enjoyed in such trendy environments and more likely to be associated with brown paper bags and hard luck.

Just as millennials in general tend to have a rough go of things in comparison to the general population, lawyers also experience an inordinate amount of stress. Professional satisfaction tends to be low, especially among those who work in law firms. Lawyers also report higher levels of mental health issues such as depression and anxiety, maladies that are often self-medicated with substance abuse. And this is how we get the stereotypical frazzled lawyer who takes swigs from a flask at work in order to alleviate stress, an archetype channeled in characters such as Lionel Hutz of The Simpsons.

Lawyers love to joke-brag about their long hours by saying they are “married to the job,” or that the “law is a jealous mistress.” But the better analogy is a polyamorous trio comprised of the lawyer, the job they hate, and their liquor of choice. This pattern may begin as early as law school, which allows college graduates to extend their undergraduate drinking habits for another three years while pretending to be extra busy with briefing cases and cite-checking journal notes. Of course, when the students graduate to the stressful law firm environment of long hours and demanding bosses, alcohol takes on a new role, no longer the upbeat life of the party, but more of an old friend with a soothing voice, warming their stomachs and telling them everything will be OK. All of this culminates in a perfect storm for millennial lawyers.

Many readers of this article, however, do not need statistics and generational analysis to understand that the legal profession is full of alcoholics. They have seen partners get inappropriately tipsy at early-afternoon work functions, heard about the DUI prosecutors who caught DUIs of their own, and attended a law school friend’s wedding where they witnessed former classmates get blackout drunk before 6 p.m. It could be caused by the drinking culture of the legal field and its go-to event of the happy “hour,” which can last until after midnight on weeknights. Or it could be the high correlation between legal work and depression. Or work-related stress and dissatisfaction. Some even theorize that the legal professional attracts a perfectionist mindset that results in a higher need to blow off steam, though it is unclear how many law firm clients would describe their liquor-bloated attorneys as “perfectionist.”

Regardless of the exact scientific reason for high alcoholism among lawyers, the consequences of substance abuse can be very serious, such as losing a job or a relationship or developing a lethal illness. In fact, although nearly all researchers agree that alcohol is more dangerous than marijuana, some have determined that it is even worse than hard drugs like crack cocaine and methamphetamine. That is why it is important for all lawyers, but especially millennials, whose social world tends to revolve around booze to an unprecedented extent, to understand this predisposition and actively monitor the role of alcohol in their lives.

When drinking gets out of hand, health professionals recommend taking up exercise and new hobbies to relieve stress and replace the alcohol ritual, as well as obtaining help from licensed therapists who specialize in addiction. Full-scale rehab and Alcoholics Anonymous are also effective options for more serious problems. Additionally, most state bars have lawyer assistance programs, which offer confidential help for lawyers with substance abuse problems. That way, lawyers can seek help without worrying about professional disciplinary and licensing issues.

If all of that fails, at least do your wallet and your liver a favor by following the example of baby boomers and sticking to light beer.

John Miranda is an attorney at the U.S. Patent and Trademark Office, a writer and a musician based in New York City. The views expressed here represent those of the author, and not necessarily those of the USPTO.