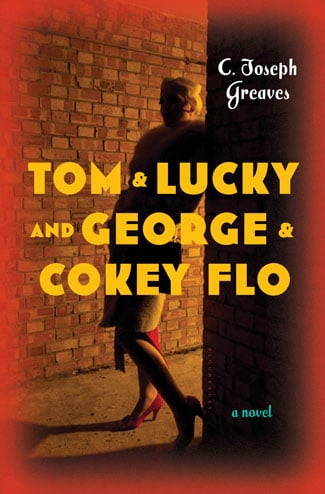 In time for the 80th anniversary of one of the most sensational trials in U.S. history, The People v. Charles Luciano, comes a novel so deeply rooted in fact its own present historical value is undeniable. Centered around the trial of New York mob boss Charles “Lucky” Luciano, the book tackles the perspectives of four major players in the case: Then-New York Attorney General Thomas Dewey, mob boss Lucky Luciano, defense attorney George Levy and the key witness in the trial, Chicago madam Florence “Cokey Flo” Brown.

Perhaps the best recent addition to the canon of English literature is the advent of historical fiction, and the diligence with which author C. Joseph Greaves delivers the historical background of each major character is just short of astounding—if only because it seems a requirement for the caliber of story he wants to tell.

In fact, Greaves’ single greatest accomplishment in the novel is inviting the reader inside each character’s head, for richer or for poorer, all while slowly weaving their paths together over the scope of more than 400 pages and 59 chapters.

Based on unique access to the actual case files of George Levy, each of those chapters is a tennis match of doubles, with one character serving what will become quite a volley back and forth. Players readily rush the net like a well-played match at Wimbledon. This book is therefore worth its salt merely to see how the volley plays out. Will the victor be the baby prosecutor, Thomas Dewey, and his star witness, Florence “Cokey Flo” Brown? Or left-fielder George Levy and his client, mobster in chief Charles “Lucky” Luciano? Even if you know your history on the subject, how the verdict is reached sheds real insight into the touch-and-go politics of Depression-era legal proceedings that one can only hope never again come into play. 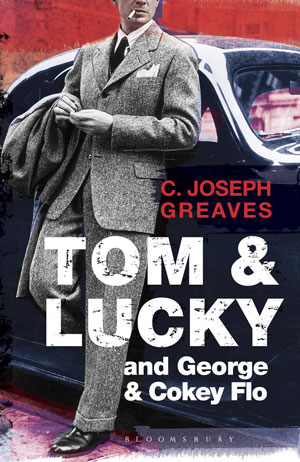 Readers of this book will quickly discover a guilty pleasure in realizing from whom you’d rather hear more dialogue, whether it’s Tom, Lucky, George or Cokey Flo. But better than what each character says outwardly is how you’re convinced to feel their innermost thoughts before and after they speak. Midway into the novel, it becomes dauntingly apparent how much time author Greaves spent inside the head of each of his characters, from the four in the book’s title to the least influential. No sentiment or detail is spared. Initially, chapters jump abruptly from one character to the next with time flowing freely forward. Sometimes even years lapse until finally all the characters’ stories meld together and time slows down during the scant three weeks of the trial.

The three male characters’ points of view are shared in third-person narrative, but Greaves’ strongest character is that of grifting gun moll Cokey Flo. She speaks in the first person, and her lively persona really shines above the rest. In fact, she is such a rich character that it might have served the book better if it were almost entirely written from her and Lucky Luciano’s perspectives—the book then simply being named “Cokey Flo Gets Lucky.” Let’s just keep this in mind for the screenplay.

As it stands, Tom & Lucky (And George & Cokey Flo), is a wonderfully woven tale from the aforementioned four perspectives leading up to, during and after one of the first and most sensational trials in United States history. Be sure to read the ABA Journal’s factual coverage of the trial (which is also written by author C. Joseph Greaves) in the magazine as, ““Getting Lucky.” 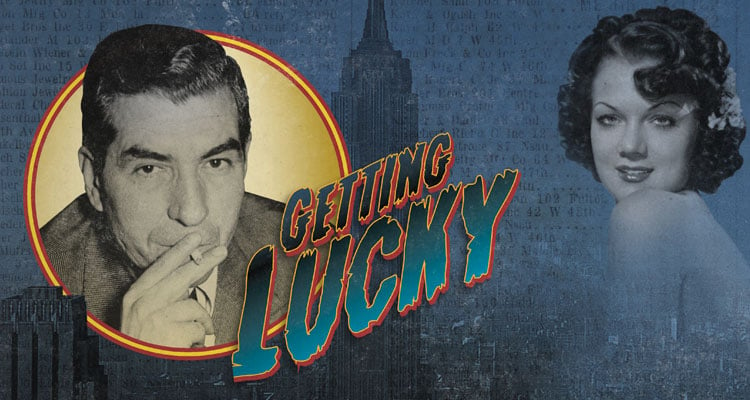 Charles “Lucky” Luciano is pictured against the skyline of 1930s Manhattan along with showgirl, Gay Orlova, his girlfriend at the time of his arrest. Photo illustration by Brenan Sharp and Stephen Webster.