Ken Starr shares his side of the Clinton investigation in 'Contempt' 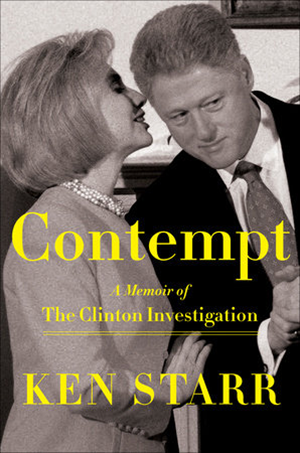 Ken Starr has been a D.C. Circuit Court judge, a law school dean and the U.S. solicitor general. But he is best known for his work in the Office of the Independent Counsel and the report that came to colloquially bear his name.

Twenty years after President Clinton’s impeachment by the U.S. House of Representatives, Starr has written Contempt: A Memoir of the Clinton Investigation. Starr spoke with the ABA Journal’s Lee Rawles in late October for this episode of the Modern Law Library. He spoke about how he came to run the OIC; what the Whitewater scandal was really about; how he thinks we should evaluate conspiracy theories; and what impact being the focus of massive media coverage has had on his ideas about the importance of a free press.

Starr also shares his thoughts on Justice Brett M. Kavanaugh, who served under him in the OIC, and explains why he advocated for an end to the Office of the Independent Counsel. 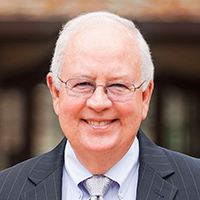 Kenneth W. Starr served as independent counsel, investigating the Clinton administration, from 1994 to 1999. His legal career also includes service as solicitor general under George H.W. Bush, as a federal court of appeals judge nominated by President Ronald Reagan, and as a law clerk to former U.S. Supreme Court Chief Justice Warren Burger. He served as dean of Pepperdine Law School from 2004 to 2010 and as president of Baylor University from 2010 to 2016. He also served three terms on the ABA Journal’s Board of Editors in the 1990s. He is now of counsel with the Lanier Law Firm in Houston.