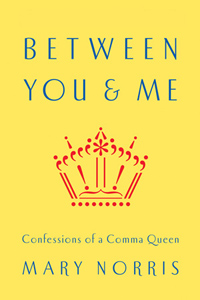 Slate: “The Corrections: A delightful memoir by a New Yorker copy editor”

NPR: “The Comma Queen Will See You, Now”

Mary Norris has been a copy editor for The New Yorker since 1978. In her new book, Between You & Me: Confessions of a Comma Queen, she offers clear and understandable grammar lessons for some of the most common conundrums faced by English speakers. Along the way, she also lifts the veil on the editorial process for the famed magazine and describes the meandering career path that led her to The New Yorker.

In this episode of the Modern Law Library, Norris and the ABA Journal’s Lee Rawles discuss lawyers’ affinity for language.

“It is true that the legal profession has a lot riding on usage and punctuation,” says Norris.

“He meant to be a lawyer,” Norris says. “He went to Yale, and he graduated from Yale during the American Revolution intending to be a lawyer. But he went back to West Hartford, and his father more or less cut him off. His father was all tapped out; he’d mortgaged his farm to pay for Noah to go to Yale in the first place.

“So Noah Webster went to work as a schoolteacher, and it’s because he was so appalled at his students’ pronunciation that he compiled The [American] Spelling Book, his idea being to break words down into their syllables and use spelling to teach pronunciation.”

Listen to the podcast for a list of Norris’ favorite grammar guides for additional reading.

Updated on May 1 to remove a comma. 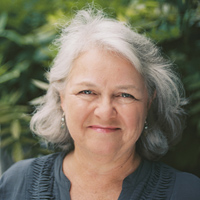 Mary Norris began her professional career as a foot checker—dutifully checking patrons’ toes for athlete’s foot as they entered a Cleveland city pool—before working at a costume company and driving a milk truck. She began working at The New Yorker in 1978, where she’s worked with such celebrated writers as Philip Roth, Pauline Kael and George Saunders. Originally from Cleveland, she lives in New York. Between You & Me: Confessions of a Comma Queen is her first book.