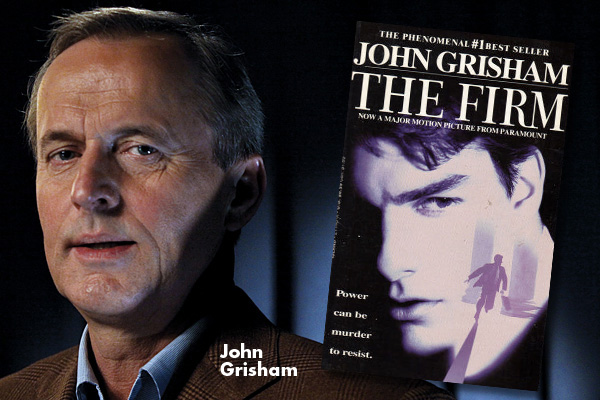 Mitch McDeere is recruited to a job almost any associate would kill for: a high-paying gig that comes with a cut-rate mortgage and a BMW. He soon discovers that he’s actually working for a crime family, and that the accidental deaths of lawyers who preceded him weren’t accidental at all.

Note: This was Grisham’s second novel after A Time To Kill, and his first blockbuster. In 2011, author John Grisham received the inaugural Harper Lee Prize for Legal Fiction for his book The Confession.