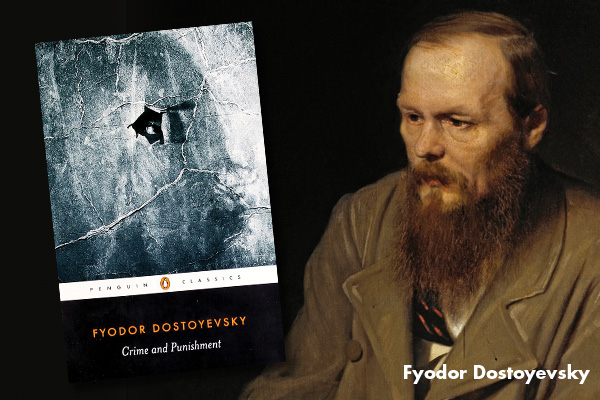 Unlike Joseph K.—the tortured protagonist of The Trial—Dostoevsky’s Rodion Raskolnikov has actually committed a crime. He has murdered an elderly pawnbroker as part of a premeditated murder/robbery during which he kills the pawnbroker’s sister as well. At first delusional, even grandiose, about the nature of his crime, Raskolnikov finds himself unable to bear the psychological burden of guilt. His elaborate plan for the money he’s stolen is undermined by the steady intrusion of shame. This is one of the great works of modern literature that presumes the psychological foundation of moral behavior, and examines the palliative nature of guilt.

Note: Dostoevsky based Raskolnikov’s ultimate banishment to a prison camp in Siberia on his own experiences as a political dissident.