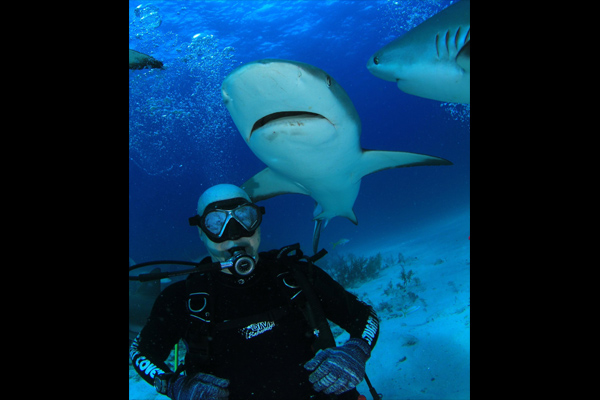 On any given day, environmental lawyer Tom Mullikin might be in the Amazon rain forest discussing a cleanup of a contaminated site, in Alaska scouting a potential project for Global Eco Adventures—the environmental nonprofit he founded—meeting with indigenous leaders in Fiji about the impact of tidal changes, or leading a group of middle schoolers on a hike through South Carolina’s Jocassee Gorges. Mullikin has spent his entire professional career actively engaged with environmental issues, educating companies, students, lawyers and lawmakers on how to respect and preserve nature, and how to better understand complex issues such as global environmental management. “What I do in the outdoors helps me be a better counsel to my clients,” he says. “If I have any added value, it’s that I am not only thinking about the environment in terms of just the law and legal documents—I’ve been there, too, and I can offer a holistic approach to what you should do.”

Mullikin even takes people with him when he can. “If you’re going to talk about the ice melting off Mount Kilimanjaro, the best place to have that conversation is on Mount Kilimanjaro,” he says. He’s taught lawyers about environmental law by taking them diving to feed sharks and observe coral, and he has led groups of climate change researchers on expeditions to Peru, the Great Barrier Reef in Australia and Africa’s Namib Desert (all of which he highlighted in a documentary that was broadcast on a national network). He’s advised corporations on how they can reduce their environmental impact, while also becoming more profitable. He has studied water-related issues in scuba dives in every ocean on earth including in Antarctica—he’s a certified ice diver—and has summited the highest peaks on four continents. (Climbing the highest peaks on the three remaining continents is his next goal, and it’s one that’s both personal and professional.)

“Climbing is the most stress-relieving activity I could ever be involved in,” he says. “On summit day, when you’re breaking the clouds, it’s an experience that stays with you. It’s this aspect of climbing mountains, of diving, that I try to bring into focus for my clients, to show them that respecting and protecting the environment can be done in a way that is consistent with solid business principles.”