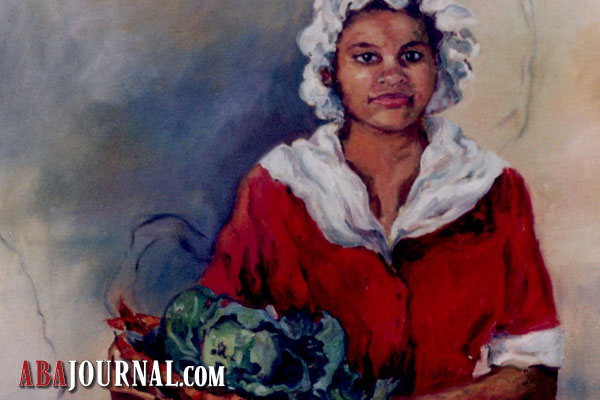 Lucy Terry Prince was kidnapped from Africa as a baby, and sold into slavery to Ebenezer Wells of Deerfield, Mass., in the 1720s. However, she has the distinction of being both the first African-American woman to argue a case in front of a U.S. Supreme Court justice and of being the first documented African-American poetess. (Only one of her poems survives today: “Bars Fight.”)

After being freed (either by Wells or by her husband Abijah Prince, a freeman), Lucy and Abijah worked 300 acres of their own land in Sunderland, Vt. However, a Col. Eli Bronson laid claim to their land through various lawsuits, successfully taking half of their property. The Princes took their case to the U.S. Circuit Court in Bennington, Vt., probably in 1796, where U.S. Supreme Court Justice Samuel Chase was riding circuit. Lucy argued their case against two respected lawyers, and legend says that Chase remarked that her argument was better than any other he’d heard before in Vermont.

When she died at 97 in 1821, her obituary in a Bennington newspaper read in part: “In this remarkable woman there was an assemblage of qualities rarely to be found among her sex. Her volubility was exceeded by none, and in general the fluency of her speech was not destitute of instruction and education. She was much respected among her acquaintance, who treated her with a degree of deference.”