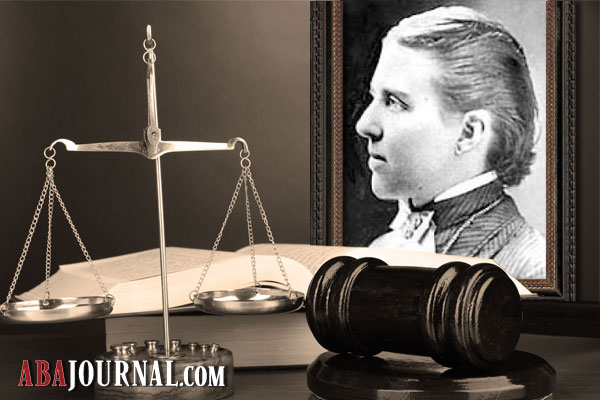 Belle has the distinction of being the first woman admitted to a state bar in the United States in June 1869, at the age of 23. After graduating as valedictorian from Iowa Wesleyan College, she had joined her brother’s firm and served an apprenticeship in Mount Pleasant, Iowa. Although the bar examination law in Iowa specifically referred to men, she was permitted to take the exam, which she passed.

Her examiners wrote, “Your committee takes unusual pleasure in recommending the admission of Mrs. Mansfield, not only because she is the first lady who has applied for this authority in the state, but because in her examination she has given the very best rebuke possible to the imputation that ladies cannot qualify for the practice of law.”

After a judge ruled that although the Iowa statue was specifically about men, it could be applied to women as well, Belle was granted entrance to the Iowa state bar. In 1870, the Iowa legislature removed the gendered language in the admissions statute altogether to open the profession to women.

Though Belle never practiced law, she became a faculty member at Iowa Wesleyan and DePauw University, and toured the lecture circuit. She died in 1911.