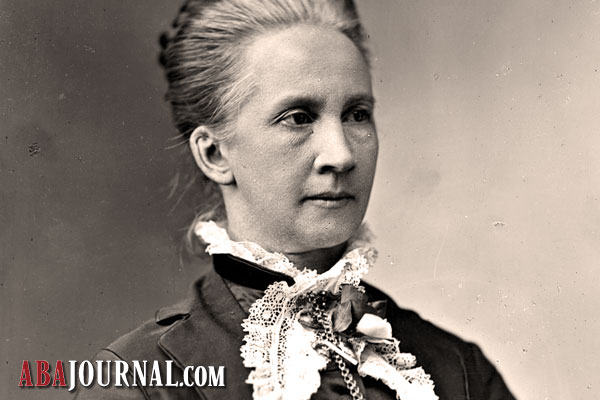 Despite having been thwarted at many turns in her search for a law school education, Belva Lockwood was the first woman member of the U.S. Supreme Court Bar, admitted in 1879. In addition to being a practicing attorney, Belva was a passionate advocate for many causes, including women’s suffrage, equal pay for women, the rights of Mormon women, nonviolence and world peace.

Belva was not the first woman to run for president, which she did in 1884 and 1888 as the National Equal Rights Party’s candidate. (That was Victoria Woodhull, in 1872.) But she was the first to have her name printed on official ballots, and she received more than 4,000 votes.

She died in 1917, right before the United States entered World War I, something she had adamantly opposed.