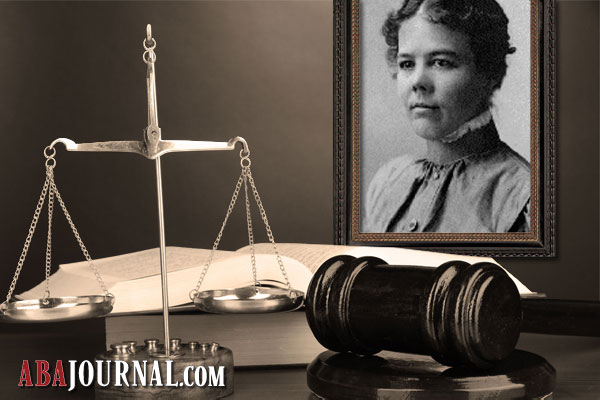 Lyda Burton Conley was the nation’s first Native American woman lawyer (admitted to the Missouri State Bar in 1902), and a member of the Wyandot tribe. She is best known for her passionate (and according to legend, armed) defense of the Huron Place Cemetery in Kansas City, Kan., the burial grounds for many Wyandots.

Although the preservation of the Huron Place Cemetery was guaranteed by the U.S. government in an 1855 treaty, from 1890 onward, repeated attempts were made by the federal government to remove the bodies and sell the land for commercial development. After Congress approved the sale of the land in 1906, Lyda filed an injunction to halt the sale. Then she and her two sisters erected a small fort on the land and guarded it day and night.

When she appealed the dismissal of her case to the U.S. Supreme Court, she appeared before the court in propria persona instead of as an attorney. It was apparently the first time a plaintiff had argued that the federal government had the duty to protect the burial grounds of Native American peoples. The Supreme Court rejected this in 1910, deciding that Congress had the right to sell the land.

However, a buyer for the land was not found—partially due to public pressure against the sale. Until her death in 1946, Lyda and her sisters continued to defend the Huron Place Cemetery. In 1971, the National Register of Historic Places added the cemetery to its registry, and in 1998 the Wyandot nations pledged to use it in only culturally appropriate ways as a burial ground.