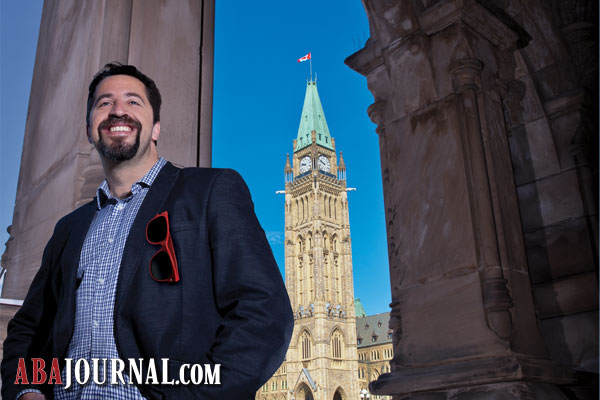 The Canadian Legal Information Institute was already a smashing success—and the envy of many in the free law movement—even before Colin Lachance took over as president in April 2011.

Founded in 2001, CanLII is the largest free legal database in the country. As Lachance explains, the concept for CanLII came about at a time when digital legal information was sparse and rarely available to the general public. The Canadian legal establishment worried that this information would be too rare or too expensive and wanted it to be free.

To keep more than 1 million primary law materials free for the 10 million-plus visitors expected to visit the site this year, the 14 legal societies in the Federation of Law Societies of Canada built relationships with courts all over the country at both the provincial and federal levels to get access to caselaw, statutes and regulations. Funding comes from law society member dues.

And CanLII isn’t stopping there.

Under Lachance, CanLII is driving a major expansion of its offerings with CanLII Connects, giving users free access to a vast array of secondary legal materials, including commentary and analysis.

“They haven’t just rested on their laurels,” says Sarah Glassmeyer, director of content development at the Center for Computer-Assisted Legal Instruction.

Instead, Glassmeyer says CanLII recognized that having access to the law isn’t enough for most people doing legal research, and that in order to produce effective court pleadings or memos, it was necessary to have access to treatises, law review articles and other secondary sources.

“Those types of sources are the new frontier for free legal information,” Glassmeyer says. “It’s great that they have the caselaw for anyone to research, but having the research material will make it better for everyone.”