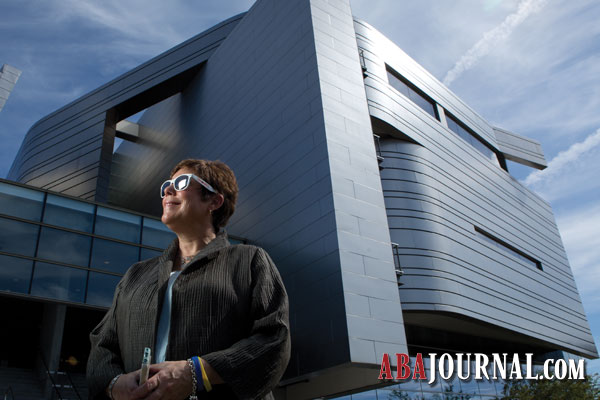 Ann Aiken has long been troubled by the number of new federal prison inmates being locked up for violating supervised release.

Each year between 8 and 15 percent of inmates are finding themselves behind bars for probation and parole violations, many of those violations related to drugs, according to the Administrative Office of the U.S. Courts.

So Aiken began to think of ways to lower the re-entry rate. In February at the Data Privacy Legal Hackathon in New York City, she pitched a concept to a group of developers who she hoped could come up with a tool to help people successfully complete their supervised release.

Ideally, the device would be wearable and enable those on supervised release to have easy access to probation officers and other support personnel via text and phone. It would also include apps to help find medical resources. And the device should quickly connect individuals to substance abuse prevention meetings with a simple touch of the screen.

Having Aiken, chief judge of the U.S. District Court for the District of Oregon, make the pitch was enough validation for Dan Lear, a Seattle lawyer who is overseeing the team making Aiken’s vision a reality.

The idea isn’t as much of a stretch as one might think and is akin to electronic monitoring devices. But Aiken’s approach takes the concept a step further, says Mark Sherman, an assistant division director for probation and pretrial programs at the Federal Judicial Center. “Why not have something that could serve the same purpose but also be smart technology—that engaged two-way interactions?” he says.