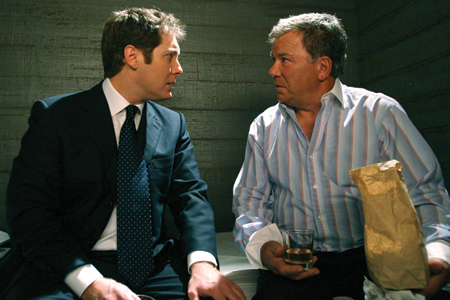 James Spader played Alan Shore, an ethically challenged lawyer and more than a bit of a jerk. Fired from the firm of Young, Frutt & Berluti (what was left of Bobby Donnell’s firm when The Practice was canceled), Shore landed with his friend and mentor Denny Crane (William Shatner), a cranky conservative who seems to have lost any semblance of a social filter. Yet another David Kelley creation, the law-laden plots were twisted, the characters quirky and the dialogue some of the most jerk-your-head interesting on television.

TRIVIA: The show’s original title was Fleet Street, and it was promoted as such during the last few episodes of The Practice.