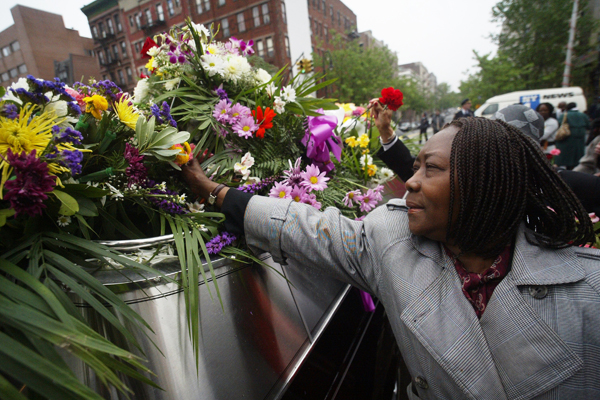 On May 16, 2003, a dozen New York City police officers stormed an apartment building in Harlem on no-knock warrant. They were acting on a tip from a confidential informant who told them a convicted felon was dealing drugs and guns from the sixth floor. But there was no felon. The only resident in the building was Alberta Spruill, a 57-year-old city employee described by friends as a “devout churchgoer.”

Before breaking in, the raid team set off a grenade. The boom stunned Spruill and she fell to the ground. Once they had figured out they made a mistake, the officer attempted to help Spruill to her feet. But she went limp, and slipped into cardiac arrest. She died two hours later.

The ensuing NYPD investigation found that the alleged drug dealer was arrested days earlier, and had been in police custody ever since. The informant had lied. The officers who conducted the raid had done no investigation to corroborate the informant’s tip. By 2006, New Yorkers filed more than a thousand complaints about botched raids, a 50 percent increase over 2002, the year before the raid on Alberta Spruill.