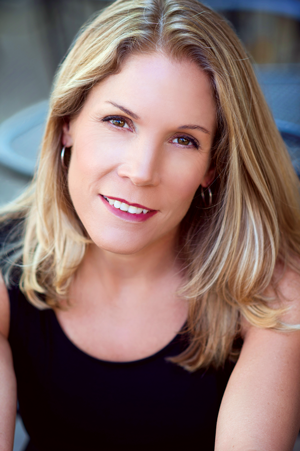 The law profession is chock-full of wannabe Hemingways and half-finished novels. (Everyone who went to law school because of a love of writing, raise your hand!) Like legions of lawyers, Julie Lawson Timmer believed she had a book in her, too. Turns out, she was right. Since putting pen to paper in 2011, Ann Arbor, Michigan-based Timmer, who’s in-house counsel for a global manufacturer of automotive wheels, has published two critically acclaimed novels with a third due out this summer and a fourth in the works. (Timmer’s debut, a best-seller published by Putnam, shares an editor with The Help and A Good American.) How she got there is a page-turning tale of tragedy, challenge and dedication.

Q. Like many lawyers, you’d always loved writing and always wanted to write a book. What happened or changed in your life to compel you to actually do it?

A. I’d tried a couple of times to write a novel when my kids were young, but it was never the right time, and I never felt like I had an idea that I could sustain for 300 pages. But the year I turned 45, two things happened at once: One friend died of a brain tumor, and another was diagnosed with ALS. I was so consumed with rage at what they were going through that I felt like I needed to do something to express it. I decided I could either break every dish in my house, or I could write.

Q. That became the inspiration behind your debut novel, the best-selling Five Days Left?

A. Yes—the idea of how someone would want to soak up those last days. I started to think about my own life, too. I am not a bucket-list type of person—I don’t really have any place I want to see before I die, but I realized if I was facing death, I’d regret it if I never tried to write a novel. This was mid-March of 2011, and I was turning 45 at the end of May, so I decided I would have a first draft by my birthday.

A. I did! We went out to dinner, and we stopped at Kinko’s on the way to print it out.

Q. That’s amazing. How did you write a book so quickly?

A. Maybe because I’m a lawyer, and we know how to get things done! At the time, I had four teenagers and a demanding job, so I woke up at 3:45 every morning, seven days a week. I’d start typing at 4 a.m. with two Labs at my feet and a cup of coffee. I’d write until 6 a.m. and then get ready for work. On weekends, I could write until 10 a.m. because teens sleep in. I also did a lot of writing in the front seat of my car while the kids were at various lessons.

Q. Did the words just flow?

A. Not always. But I’m not the kind of writer who has to wait for my muse or for the sunlight to be streaming in at a certain angle. I trained as a litigator, and I’m used to drafting long briefs. If I don’t have an inspiration for the beginning, I just start in the middle. That’s the gift of legal training: There’s no staring at a blinking cursor.

Q. The protagonists in Five Days Left suffer from Huntington’s disease, a rare genetic disease that affects both the body and the mind. How did you decide to write about this disease?

A. It was a fluke thing. Because of my friends facing cancer and ALS, I wanted to tell the story of people facing the end of their lives. I wanted to honor their struggle, but I didn’t want to tell their stories. I literally googled “fatal diseases not cancer or ALS” and found Huntington’s disease. I thought, well, I’ll read about this disease for five minutes and just take creative license for the rest of it.

Q. But that’s definitely not what you did.

A. I always swore I wouldn’t do research for a novel because I haven’t always enjoyed legal research. But I realized I could not parachute into the HD community and steal a few symptoms. I became obsessed with getting it right. I interviewed a ton of experts while I was drafting it and even after I’d sold it. I cried a lot.

Q. So much for a fun, creative project, right?

A. The process actually changed my direction as a writer, and I’ve ended up doing a ton of research for all four of my books. My second book was about foster care and adoption, and I did a lot of research there, too, to get it right.

Q. Your work has definitely paid off. Five Days Left has been embraced by the HD community, and you’ve become involved with advocacy groups here and in Canada, even facilitating a panel on medically assisted dying at a national convention.

A. I think people inside the HD community would like the rest of the world to know what they’re going through, and it explains things in a way that makes it easy to learn about the disease without having to pick up a text book. It’s been the honor of my life to think that I wrote something that has affected people’s lives.

Q. Would you ever leave lawyering to focus on full-time writing?

A. No. I never want to have to care if a book sells or not. I think it would take an artistic endeavor and a lifelong dream and turn it into a chore. I also care about my company very much, and I love that my job is different every day. If that sometimes means I have to work long hours and it cuts into my writing time, that’s life.

This article originally appeared in the February 2017 issue of the ABA Journal with this headline: "A Novel Approach: This in-house counsel challenged herself to write a book by her birthday, launching a second career as a best-selling novelist."

Next:
One Word: Civility