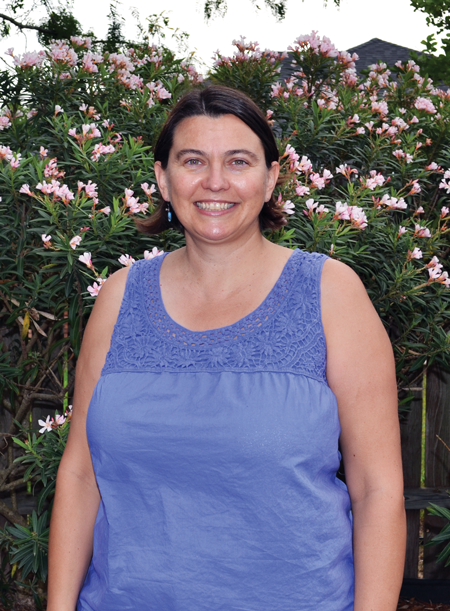 For many people seeking asylum in the United States, the often-harrowing journey ends in a detention facility along the Texas-Mexico border.

Here, new challenges await. Do they have a legal case to fight deportation? Can they prove it? Will the judge believe them? And, ultimately, is there anyone who can help them?

That’s where the South Texas Pro Bono Asylum Representation Project comes in. Located in Harlingen, Texas, ProBAR is an ABA-sponsored project that helps asylum-seekers and other detained immigrants by providing and coordinating legal assistance and services in South Texas detention facilities.

Kimi Jackson is ProBAR’s director, and she has dedicated her career to providing legal services to underserved communities. Jackson also oversees ProBAR’s Children’s Project, which assists youngsters detained while attempting to cross the border without a parent. Jackson and her staff of 80, including 14 lawyers, provide services such as legal representation, general orientation and pro se assistance.

Let’s just jump right into the tough stuff: The political controversy right now involving Mexico, immigration and the border. How is this affecting ProBAR?

Our work has become more difficult because the Department of Homeland Security is less willing to exercise favorable discretion, meaning it’s more unlikely for people to be released from detention on bond. More people have to fight their case from within the detention facility.

Do you think the political climate is resulting in fewer asylum-seekers trying to cross the border?

Asylum-seekers by definition are fleeing violence and danger in their home countries. People who flee for their lives are not deterred by the political climate. Honduras, for example, is the most dangerous country in our hemisphere. Imagine that you are a Honduran mother. If your 12-year-old daughter were being pursued by a gang member who wanted to make her his girlfriend and who threatened to rape or kill her if she refused, and your government had no ability to protect her, you would likely do whatever you could to get her to a safer place.

I imagine that, at times, your work can be incredibly depressing. How do you stay motivated over the long term and maintain the stamina of the staff you manage?

There are a lot of clients who don’t win. There are people who are not going to be able to stay, and we know that some of them may end up getting deported to their home country and even killed there. But we have to celebrate the victories. Last week, a ProBAR client who had previously won asylum received his green card, and he came by to thank us and to tell everyone how much this means to him. We are here because we want moments like that. We want to make a difference in someone’s life, and we want someone to be safe because of our help.

How did you get started in public service law?

My parents instilled in me the desire to pursue a career that I found meaningful. For me, that meant that I wanted to do work that would help make the world a better place. I decided that if I went to law school and became an attorney, it would give me tools to make a positive impact. My first job out of law school was working with Colorado Legal Services in the migrant farmworker division. We addressed the needs of farmworkers in the context of employment issues and immigration issues.

Are you a native Spanish speaker?

No. I studied Spanish in high school and college, and I’ve been using it for my work ever since. I also spent time backpacking in South America and volunteering for a nonprofit organization in Bolivia.

It was. In 2008, I took a break from practicing law to pursue my dream to travel. After eight months in South America, I went to Japan and taught English. Then I got a volunteer position on Peace Boat, which is a ship that travels around the world engaging in educational activities. I was a volunteer photographer and web reporter. It was a wonderful experience. We traveled the circumference of the world in three months. I had been planning to go back to Japan to start teaching again, but then the Fukushima disaster happened, and my school was only 50 miles from Fukushima, so I came home.

Were you worried about taking such a long break from practicing?

Not really. There were people who said that if you take this time off, you won’t be able to get back to your career. I just didn’t listen to them.

I don’t think I have a typical day, and that’s one of the things I love about my job. Recently, our children’s office moved to a larger space, and that process required negotiating a commercial lease and working with an architect to design a flexible, comfortable workspace. One day I might be creating budgets for grant renewals, and another day I am working with our management team to address changes and growth. So it’s always different. Our staff brings so much energy and passion to their work. They could all be doing something else, but they want to be here, helping people in their greatest time of need.

What are some of ProBAR’s biggest day-to-day challenges?

One of the challenges we face is hiring and retaining lawyers. There’s no law school here. There are no large law firms. Young lawyers often prefer to live in a more urban area; and if they’re married, they have to think about employment for their spouse. We can’t change these things, but lawyers who do come here find that they have a tremendous opportunity to make a real difference in people’s lives.

What do you do to unwind?

One of my hobbies is vegetable gardening. The work that we do at ProBAR is emotionally demanding. We work with a lot of survivors of trauma, and we often see the uglier side of life. I believe that in order to be able to continue to do this kind of work over the long term, a person needs balance and to have a hobby that isn’t related to law. For me, nurturing plants is calming and healing.

This article appeared in the July 2017 issue of the ABA Journal with the headline "Beyond a Wall: Along the Texas-Mexico border, immigration lawyer Kimi Jackson deals with matters of life and death."