10 Questions: This DC lawyer is helping her firm attract US Supreme Court clerks 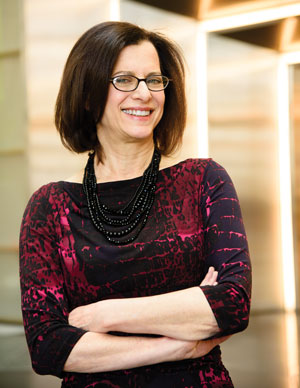 Beth Heifetz knows what judicial clerks want. As head of the Jones Day issues and appeals practice group and director of judicial clerk recruiting, it’s her job to bring U.S. Supreme Court clerks on board—and she rocks it, writ large. For the past four years, the firm has welcomed more clerks than any other law firm in the nation. Last year, that number totaled 10, or more than one-fourth of all clerks coming off their stint at the high court. Exactly what kind of offer is Heifetz mixing up in her downtown Washington, D.C., office? Of course, there’s a signing bonus (rumored to be $300,000 and rising). But Jones Day’s winning bid seems to be a special blend of cutting-edge casework, camaraderie with other clerks and personal career guidance from Heifetz herself—a style of mentorship she honed during her own clerking stints, first for Judge Abner Mikva of the U.S. Court of Appeals for the District of Columbia Circuit and then for Justice Harry A. Blackmun of the Supreme Court.

Q. What do you think is behind Jones Day’s judicial clerk recruiting record?

A. I think our best recruiters are the former clerks who have already begun here. They talk to the clerks we are recruiting about the kinds of opportunities they have and what their life will be like at the firm.

A. That’s a very nice way of saying it. But I think it helps for the clerks to see that the clerks who have come here are happy, and there’s a steady stream of interesting work. We have six cases before the Supreme Court right now, and while former clerks can’t do Supreme Court work immediately because of the two-year bar, our lawyers also bring their talent and experience to state and federal trial and appellate courts across the country.

A. It was truly remarkable. The legal issues were phenomenally interesting: Many of them were novel, and all of them were significant. It also felt significant to us to have this opportunity to help the city and its people get back on their feet.

Q. I know you work closely with the clerks you recruit. Did you learn the importance of mentoring from your own clerkships?

A. I learned from both Judge Mikva and Justice Blackmun about what works for different people in moving through their careers, and I experienced firsthand the benefits not only of their guidance but also seeing up close how they lived their lives. From both I learned the value of having someone pay attention to you and your career—helping others make the most of every opportunity and being direct about it.

A. It was a wonderful experience. We had breakfast with him every morning, and we would discuss openly the cases we were working on, and we’d discuss other things—our families, baseball, our plans. We really had the opportunity to get to know him well, to learn from him. He was a remarkably disciplined person, and that was a great lesson for us as young lawyers. There were four clerks, and three of us were women. I think that might have been the first year that any justice had had so many women clerks, so we were very proud of that.

Q. What did you like best about working with Judge Mikva?

A. To be with him when he was looking at cases involving legislation and agency action was incredibly interesting. He’d been in Congress, writing legislation, and now he was on the other side as a judge, so he knew what went into the process.

Q. You and Judge Mikva are both from Wisconsin. Do you think that there was a connection there?

A. I always felt it.

Q. You were recently named by President Barack Obama to the governing body of the United States Holocaust Memorial Museum. Do you have a personal connection to the museum?

A. I got involved in the museum through its Washington lawyers committee, but sadly I have many family members who were killed in the Holocaust. They were Polish and Russian; they weren’t murdered in concentration camps—they were herded from ghettos, taken to pits and shot. My grandfather had already come to America by then, but two of his brothers in what is now Belarus escaped from the ghetto and survived by living in the forest for two years. When I was growing up, one of these great-uncles lived down the street with his wife, who he met in the forest. I knew the stories, but only in the shadows. I wish they had talked about it more.

Q. Are there any perks that you get as a SCOTUS clerk alum?

Q. Although Justice Blackmun presided over your wedding, so that could be a perk—the most amazing perk ever.

A. Yes! He performed our marriage ceremony along with a rabbi. The justice truly was such a genuine and modest person. He had been married for decades—a beautiful, long-lasting and devoted marriage with three children—and he started off by saying, “I don’t know why they’ve asked me to speak about marriage here.”

This article originally appeared in the March 2016 issue of the ABA Journal with this headline: “Judging Talent: This D.C. lawyer is helping her firm attract U.S. Supreme Court clerks.”