4 Dogmas Debunked: How to frame a legal issue, Part I 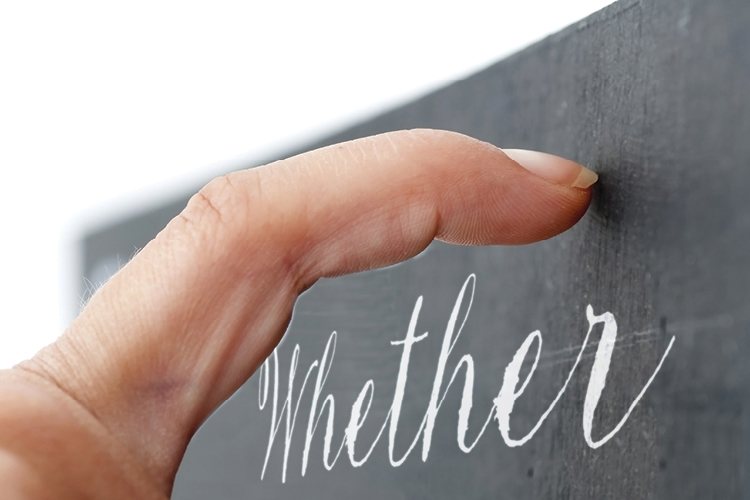 During my first week of law school in August 1981, we were put through a legal-methods course taught by senior faculty. My small section was led by a respected professor who taught us “four essentials” for stating legal issues:

(2) Start with the word whether.

(3) Omit particulars about the problem.

(4) Always elicit yes for an answer, not no.

Although I’ve always been fond of clear guidance, I objected.

“Professor, I don’t understand. Whether at the beginning of a direct question isn’t grammatically correct. It creates a sentence fragment. Why are we to do it this way?”

• Whether the two-year statute of limitations bars plaintiff’s contract claim given the inapplicability of the discovery rule?

• Whether common-law marriage takes place when the “holding out”is only to certain select friends but not to members of the extendedfamilies?

• Whether applicant’s request submitted to the city breaches a contractual covenant of quiet enjoyment?

Perhaps this was what sparked my becoming a dissident law student. Perhaps many found these sentence fragments impressively intimidating. I found them intimidating but unimpressive. What rankled me was the incomprehensibility of the statements themselves. You could never understand what they were really saying without further effort.

In any event, I suppressed further questions but began a course of independent study in which I confirmed that most authorities agreed with the four dogmas laid down by my professor. Most of our law school reading seemed as if it took place through a glass darkly: You’d always encounter early sentences that were incomprehensible until you read much more—until finally the issue stated in the first paragraph would come into focus. This practice, it seemed to me, violated all the rules of good expository writing. And so I came to detest most of my legal reading.

My loathing of the standard method of stating a legal problem intensified during my clerkship at the 5th U.S. Circuit Court of Appeals. The issue statements in briefs would almost uniformly resemble these:

• Whether there was a transfer or delivery of the equipment pursuant to the JSA? (What’s the JSA? You’d have to read further.)

• Whether there was sufficient evidence to support jury finding No. 4?

• Whether the trial court improperly refused a judgment non obstante veredicto that would award plaintiff zero damages for physical impairment other than loss of vision despite the jury’s verdict?

Day in and day out, judges and their law clerks were expected to excavate meaning from such things.

Meanwhile, I steeped myself in the literature on advocacy. The historical lawyers and the scholars I most admired said that the paramount concern in advocacy is identifying the precise issue to be decided. Rufus Choate (1799–1859), the greatest American advocate of his time, said that “the best argument on a question of law is to state the question clearly.”

In a majority opinion for the U.S. Supreme Court, Justice Felix Frankfurterwrote that “in law … the right answer usually depends on putting the right question.”

And Frederick B. Wiener, author of a major treatise on advocacy, insisted that “the question presented in any case can be clearly and appealingly stated—or, contrariwise, unclearly and unappealingly.”

As a law clerk for a federal appellate court, I was finding that the performance of lawyers deviated wildly from those statements. The issues were uniformly unclear and unappealing. The problems seemed traceable to the four dogmas I’d been taught that first week of law school, especially the insistence on cramming the whole issue into one sentence fragment beginning with the word whether.

I talked with judges about the problem: We were all spending many hours per brief, reading 50 pages for the purpose of understanding one or two murky issues. The legendary Judge John Minor Wisdom, for whom the 5th Circuit courthouse in New Orleans is now named, told me that the true art of judging involved discovering the real issues in a case. “Rarely do the briefs really help on that,” he said.

Another hero of mine, Judge Thomas Gibbs Gee, called the briefing generally “execrable” because of its failure to elucidate the issues. The lawyers’ approach, in his view, essentially involved an obscure variation on “Who wins?”

Seeing a challenge, I wondered whether it might be possible to devise a technique to yield legal issues that would be universally comprehensible on a first reading. That would revolutionize legal writing. It might then be possible to read the issues first, fully understanding them, and then to read the rest of the brief with greater eagerness for specifics.

For the next five years, I continued to read everything I could find on how to state a legal issue. The complaints about lawyerly habits were age-old. As far back as 1894, the authors of a treatise on appellate advocacy wrote, rather incisively: “Obscurity in stating the questions will cloud the whole argument, for, as the discussion progresses in a case where the start is made from an obscurely stated question, the darkness will increase with each step of the argument.” For me, that statement seemed to sum up my decade’s worth of legal reading.

Everything changed in 1991, when I discovered a 1953 article by Frank E. Cooper of the University of Michigan. It had appeared, remarkably as it now seems, in the pages of the ABA Journal. Cooper bristled at the idea of omitting particulars (dogma No. 3), insisting that abstract statements give “only the faintest glimmer of light.” He wanted concreteness, and he gave this example as a model, still accepting the single-sentence dogma (No. 1):

Whether an alien, born in Bohemia, then a part of the Austro-Hungarian Empire, in 1905, who later became a Czechoslovakian citizen when the place of his birth was included in that country after World War I, and who, after the Munich Pact of 1938, while in the United States, petitioned to be and was recognized as a German citizen, is now a citizen or subject of an enemy country within the meaning of the Alien Enemy Act of 1798, despite the reoccupation of the territory of his birth and former residence by Czechoslovakia?

It struck me that while the specific content of the issue statement is sound, the syntax is convoluted. There are 56 words between the subject (alien) and the verb (is). Why not reorder the information in several shorter sentences? I rewrote it by starting with the rule and then briefly explaining the situation. The case was decided in 1946:

Today, German citizens are considered enemy aliens under the Alien Enemy Act of 1798. Reichel was born in 1905 in Bohemia, then part of the Austro-Hungarian Empire. After World War I, when his birthplace became known as Czechoslovakia, he became a Czech citizen. After the Munich Pact of 1938, while Reichel was in the United States, he petitioned to be and was recognized as a German citizen. Should he now be considered an enemy alien?

This 75-word issue statement, down from 93 in the original, was in my view a major breakthrough in technique. By happenstance, the revised issue elicits a yes answer. Often the question can more powerfully elicit a no answer. The fourth dogma should be cheerfully ignored.

In part 2, we’ll explore how this technique plays out in modern practice—in a variety of fields. Can it be successfully replicated in all sorts of scenarios? Stay tuned.

Bryan A. Garner is the president of LawProse Inc., Distinguished Research Professor of Law at Southern Methodist University, the author of The Winning Brief (3d ed. 2014), the co-author of Making Your Case: The Art of Persuading Judges (2008) and the longtime chief editor of Black's Law Dictionary.