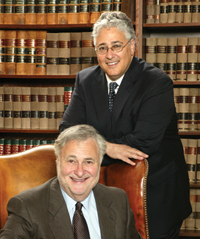 In these days of financial turmoil, bankruptcy lawyers seeking to advise clients on dealing with burdensome debt can take comfort: The first federal appeals court to rule on a controversial 2005 bankruptcy reform statute has shot down a provision that limits what lawyers may say.

In Milavetz v. U.S., a di­vided panel of the 8th U.S. Circuit Court of Appeals at St. Louis last September invalidated a section of the Bank­ruptcy Abuse Preven­tion and Con­sumer Protection Act that prohibited “debt relief agencies”—which include attorneys—from advising clients to “incur more debt in contemplation” of filing bankruptcy.

Judge Lavenski R. Smith called that part of section 526(a)(4) “unconstitutionally overbroad” and a violation of the First Amendment. The pro­vision “prevents attorneys from fulfilling their duty to cli­ents to give them appropriate and beneficial advice,” Smith wrote in his majority opinion.

“If you have financial troubles and are contemplating bankruptcy, your attorney can now provide financial planning advice to assist in avoiding bankruptcy or prevent recidivism in the bankruptcy system,” says Robert J. Milavetz, president of the Edina, Minn., law firm Milavetz, Gallop & Milavetz, which filed the suit.

The 9th U.S. Circuit Court of Appeals at San Fran­cisco is considering a similar case, and several federal bankruptcy courts also have ruled against the measure.

Meanwhile, a federal district court in Hartford, Conn., came to the same conclusion as the 8th Circuit, hold­­ing in Connecticut Bar Association v. U.S. that “section 526(a)(4) is overbroad because it prohibits attorneys from advising their clients to incur any kind of debt prior to filing for bankruptcy, including debts that are legal and desirable in certain instances.”

“I think that both courts made the right call on this,” says Erwin Chemerinsky, dean of the University of California at Irvine School of Law and a First Amend­ment expert. “The provision prohibits attorneys from giving accurate, lawful advice to clients. Lawyers cannot encourage clients to take on additional debt, even if it is legal and desirable. This is a content-based restriction on speech and cannot meet strict—or even intermediate—scrutiny.”

“It is problematic when Congress starts to legislate the content of advice that attorneys give to clients with regard to lawful courses of action,” says Nashville, Tenn.-based attorney Joseph R. Prochaska, immediate-past chair of the Consumer Bankruptcy Com­mit­tee in the ABA Section of Business Law.

“This could have a spillover outside the bankruptcy context,” he adds. “For example, Congress could apply the same rationale to the tax arena and start to regulate the content of advice that tax attorneys give to clients about lawful ways to minimize tax liabilities.”

The government had argued that the statute should be interpreted only to apply to speech that was designed to circumvent or abuse the bankruptcy laws. But the appeals court reasoned that the plain language of the law applied much more broadly and prohibited “appropriate and beneficial advice.”

As an example, the 8th Cir­cuit said, “it may be in the assisted person’s best in­terest to refinance a home mortgage in contemplation of bankruptcy to lower the mortgage payments. This could free up additional funds to pay off other debts and avoid the need for filing bankruptcy altogether.”

The court also gave the example of encouraging a client to buy a reliable car “so that the debtor will have dependable transportation to travel to and from work.”

Although both courts struck down what many have called the gag rule, they nevertheless upheld another disputed provision: the designation of bankruptcy lawyers as “debt relief agencies.”

Under the statute, a debt relief agency is “any person who provides any bankruptcy assistance to an assisted person in return for the payment of money or other val­uable consideration.” Both the 8th Circuit and the Con­necticut federal court said that a plain reading of the law includes attorneys.

However, the two courts differed over a required disclaimer in attorney advertising: “We are a debt relief agency. We help people file for bankruptcy relief under the Bankruptcy Code.” The plaintiffs contended that it amounted to compelled speech in violation of the First Amendment.

The 8th Circuit panel unanimously rejected the First Amendment challenge, calling the disclosure requirements for attorney advertising “reasonably and rationally related to the government’s interest in preventing the deception of consumer debtors.”

The court said the requirements “are directed precisely at the problem targeted by Congress: ensuring that persons who advertise bankruptcy-related services to the general public make clear that their services do in fact involve filing for bankruptcy.” Such a disclosure requires attorneys only to disclose “factually correct statements on their advertising,” the court said.

In contrast, the federal district court in Connecticut said that the disclosure requirement was “not reasonably related to the state’s interest in preventing the deception of consumers.”

The court added the requirement would also extend to attorneys who are not helping a client file for bankruptcy, including “attorneys for creditors, landlords and other clients whose legal issues relate to bankruptcy.” The court said the forced disclaimer “is only a truly accurate factual disclosure in a limited number of situations … and in many other situations, it is in fact a false statement.”

Government officials argued in both cases that such disclaimers restrict far less speech than flat bans on ex­pression, and that it is less onerous to require a speaker to provide more information to the public than to pro­hibit speech. In Zauderer v. Office of Disciplinary Counsel of the Supreme Court of Ohio, the U.S. Supreme Court in 1985 acknowledged that a lawyer’s “constitutionally pro­tected interest in not providing any particular factual information in his advertising is minimal,” and that disclaimers might be required “in order to dissipate the possibility of consumer confusion or deception.”

YET TO BE RESOLVED

“I believe that this is a harder question, as to whether the forced disclosures in advertisements are permissible,” Chemerinsky says. “Very importantly, since this is regulating commercial advertising, it only has to meet intermediate scrutiny. I very much believe that this is an issue that will continue to split the lower courts and ultimately will need to be decided by the Supreme Court.”

Prochaska says the high court “could well find this provision requiring attorneys to include in their advertisements that ‘we are a debt relief agency’ constitutional because the restriction is on commercial speech and is not overly burdensome. Many consumer bankruptcy attorneys actually welcome this part of the law because they consider it a marketing advantage.”

The Department of Justice petitioned for a rehearing en banc. The Milavetz firm is appealing the advertising disclosure ruling. As of late October, the DOJ was still considering whether to appeal the Connecticut ruling.

Congress passed the BAPCPA ostensibly to close the loopholes many debtors reportedly used to declare bankruptcy as a way to avoid paying their bills. For example, a strict means test was meant to steer struggling debtors to Chapter 13 filings that would require ongoing payments to creditors, rather than allow them simply to wipe their financial slates clean with Chapter 7 filings.

But the legislation was controversial from the start. While supporters said the law was needed to keep debtors from gaming the system, opponents contended it enabled its main backers—such as banks and credit card companies—to squeeze more money out of people in financial distress.

Many of those debtors were in trouble because of illness, divorce or job loss, rather than from profligate spending, say the law’s critics. (See “Strange New World,” ABA Journal, January 2007.)

But some bankruptcy lawyers bristled, claiming that the law unconstitutionally restrained attorney speech and advertising.

“The BAPCPA was challenging the role of attorneys and limiting freedom of speech, which is the basic foundation of being an attorney,” says Alan Milavetz, who worked on the case with his father. “Not only did the law limit the freedom of counsel to give lawful and truthful information to a client, but perhaps more importantly it limited the freedom of a client to receive that advice from their attorney. Freedom of speech is necessary to protect the integrity of the judiciary system. If an attorney cannot advise his client truthfully and zealously, then the foundation of the judiciary, and attorneys’ roles in the judiciary, has been lost.”