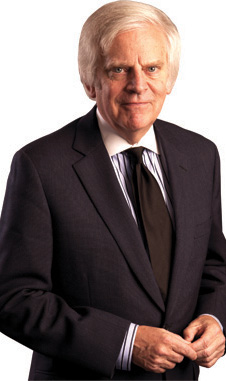 Congress is poised to consider legislation to simplify the tax laws this year, but the ABA says one of the key provisions being considered would have the opposite effect and cause negative unintended consequences—both for the overall tax system and for many lawyers and law firms in particular.

The provision, included in two similar discussion draft bills developed in the House Ways and Means Committee and the Senate Finance Committee, would require all law firms and other personal service businesses with annual gross receipts of more than $10 million to use the accrual method of accounting rather than the traditional method of cash receipts and disbursement. As a result, many law firms, accounting firms, medical firms and other professional service providers throughout the country would be required to pay taxes on income long before it is actually received. Current law allows sole proprietors and most partnerships and other pass-through entities (as well as other types of businesses with average annual gross receipts of $5 million or less for a 3-year period) to use the cash receipts and disbursement method of accounting, in which income is not recognized until cash or other payment is actually received and expenses are not taken into account until they are actually paid. In addition, all law firms and various other types of personal service businesses are allowed to use the cash method of accounting irrespective of their annual revenue unless they have inventory.

Most other businesses are required to use the more complicated accrual method of accounting, in which income is recognized when the right to receive the income exists rather than when payment is actually received.

Association policy opposing the legislative provision was approved in November when the ABA Board of Governors adopted a resolution spearheaded by the Section of Business Law. In January, ABA President James R. Silkenat conveyed the association’s serious concerns in separate letters to House Ways and Means Committee (PDF) Chairman Dave Camp, R-Mich., and Senate Finance Committee (PDF) Chairman Max Baucus, D-Mont. “This far-reaching provision,” Silkenat wrote, “would create unnecessary complexity in the tax laws by disallowing the use of the cash method; increase compliance costs and corresponding risk of manipulation; and cause substantial hardship to many law firms and other personal service businesses by requiring them to pay tax on income they have not yet received and may never receive.”

Silkenat explained that most law firms are organized as partnerships owned by lawyers, and in many firms partners change from year to year as older lawyers retire, younger lawyers are promoted and other lawyers migrate to or from other firms. Firms that operate on the traditional cash method are able to ensure that the partners who were present in the firm and performing legal services are taxed on the income actually received that year. If such firms were forced to switch to the accrual method, partners would be taxed on income that accrues on paper in the current year even though the partners may not be around when the clients pay their bills.

He also emphasized that the proposal would impose greater financial hardships on professional service providers, including lawyers, who practice in regulated professions than it would on other businesses because many of these professionals are subject to special rules that significantly limit their ability to raise capital. Lawyers, for example, must comply with state court ethics rules that generally prohibit them from forming a law firm partnership with a nonlawyer or allowing a nonlawyer to own any interest in the firm. The proposal also would discourage solo practitioners from entering into law firm partnerships and discourage many law firms from growing or expanding, even if it made economic sense and would benefit their clients, because their tax payments would be accelerated if they were required to switch from cash to accrual accounting. “Sound tax policy should encourage—not discourage—the growth of small businesses, including those providing personal services such as law firms, especially in today’s difficult economic environment,” Silkenat stressed.

The ABA is not alone in its opposition. Numerous state bar associations—including those in Minnesota, Ohio and Wisconsin—are also voicing their concerns. In addition, Camp and Sander Levin, D-Mich., the Ways and Means Committee ranking member, heard from a bipartisan group of 71 members of the House led by Reps. Blaine Luetkemeyer, R-Mo., and Mike Quigley, D-Ill. Their letter noted the proposal would adversely affect small business owners across many sectors, including lawyers, farmers, trucking businesses, restaurants, doctors, dentists, accounting firms and engineers. After a comment period, the legislation was expected to be formally introduced early in this session of Congress.

This article originally appeared in the March 2014 issue of the ABA Journal with this headline: “A taxing plan: ABA opposes burdensome accounting method affecting law firms.”