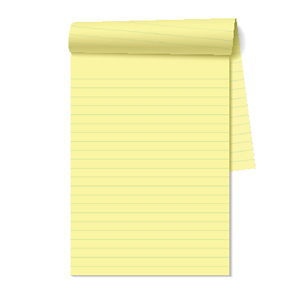 The ABA Governmental Affairs Office is focusing its advocacy efforts for the 114th Congress on federal legislative and governmental priorities adopted by the association's Board of Governors in February.

The process of setting these priorities began when the GAO sent a survey to ABA leaders and members asking them to identify the issues of greatest importance to the association and the legal profession. The Standing Committee on Governmental Affairs and the GAO staff weighed the results of the survey along with the makeup of the new Congress to identify likely areas of congressional activity.

In addition, the committee and the GAO staff considered the following criteria established by the Board in 1998 to determine their recommendations for the priorities: importance to society, expertise of lawyers on the issue, timeliness of the issue, potential for achieving progress on the issue, public perception of the profession, importance to the practice of law, breadth and strength of ABA interest, opportunity for impact, and importance to the administration of justice.

As a result of that process, the Board of Governors approved the following list of federal legislative priorities in 10 categories:

Access to legal services: Funding for the Legal Services Corp. Legal protection and assistance for members of the military, veterans and family members.

Access to the civil justice system: Oppose proposals that would limit access to, or redress by, the civil justice system. Criminal justice system improvements: Federal sentencing reform to address explosive growth in prison population and costs. Reform of federal laws to provide early release from prison, reduce recidivism and overcome collateral consequences of conviction. Reauthorization of the Juvenile Justice and Delinquency Prevention Act. Funding for federal and state indigent defense programs. Elimination of racial and ethnic discrimination, as well as unjustified racial and ethnic disparities in the criminal justice system.

Immigration reform: Comprehensive immigration reform. Access to counsel, including appointed counsel for unaccompanied children and reform of the overburdened immigration court system. Oppose mandatory detention of individuals in removal proceedings, and support strengthening the detention standards and promulgating them into enforceable regulations.

Independence of the judiciary: Prompt filling of judicial vacancies. Support adequate judicial resources. Oppose efforts that infringe on separation of powers or undermine the judiciary.

Independence of the legal profession: Oppose federal legislation that would require many law firms to use the accrual method of accounting and pay taxes on "phantom" income before it is received. Support the attorney-client privilege and work product doctrine, and oppose federal government policies that would erode those fundamental legal protections. Oppose federal legislation and agency rules imposing excessive new regulations on lawyers engaged in the practice of law, interfering with the confidential lawyer-client relationship, or undermining traditional state court regulation and oversight of lawyers and the legal profession.

This article originally appeared in the May 2015 issue of the ABA Journal with this headline: "Capitol Hill To-Do List: The ABA's 2015 advocacy priorities span 10 categories."