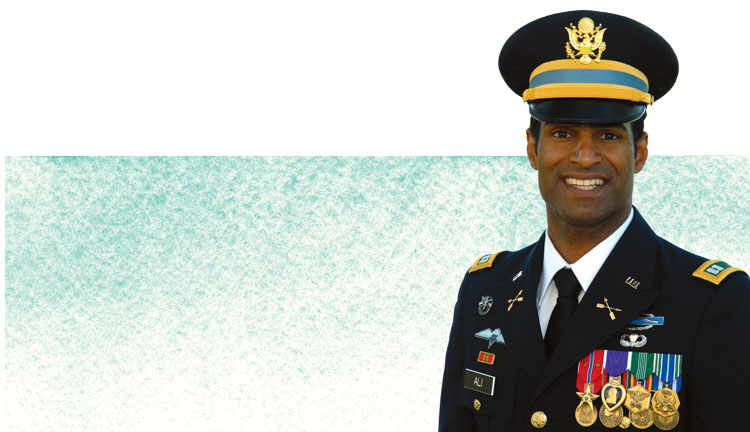 When one of Mir Ali’s colleagues at Schiff Hardin contacted him last year to ask whether he thought the firm would be interested in joining a national network of attorneys providing pro bono legal assistance to veterans, Ali responded: “Absolutely.”

Ali, a veteran himself, then pitched the opportunity to partner with the Veterans Consortium Pro Bono Program to Schiff Hardin’s pro bono coordinator. She gave her immediate approval.

The firm publicly announced the new collaboration led by Ali in November, and Schiff Hardin lawyers have started representing veterans and their loved ones in appealing denials of benefits by the U.S. Department of Veterans Affairs.

Ali, a Chicago-based partner who handles a variety of litigation matters, says his own military service has aided him with the pro bono work.

He was on active duty in the U.S. Army for seven years, including two combat deployments to Afghanistan between 2005 and 2007.

Ali commanded a team of U.S. Army Special Forces soldiers, commonly known as Green Berets, and he received two Bronze Stars for service and another for valor. He was also awarded the Purple Heart after sustaining wounds from shrapnel while directing troops during combat in Afghanistan.

Now, he and a “pilot team” of three other lawyers are handling cases before the U.S. Court of Appeals for Veterans Claims based in Washington, D.C. The work includes ensuring that the VA is considering all records and evidence of combat injuries or other service-connected injuries when making compensation decisions.

“It is very rewarding for us to be able to assist those folks that don’t know how to navigate the legal system and obtain the compensation they are fully entitled to under the law,” Ali says. 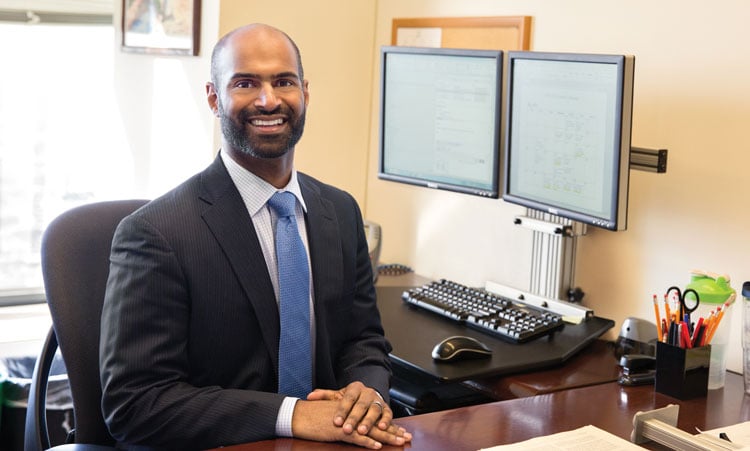 Ali says his experiences are helpful in connecting with the veterans he and his colleagues are assisting.

“When you hear the stories about how they were wounded, whether it be in combat or moving equipment, I think you can relate to that,” Ali says. “You have done that same type of work and seen people injured.”

Schiff Hardin associates Tracy Adamovich, Samuel Bonnette and Christopher Bruno are the other members of the firm’s pilot team handling cases through the consortium. Adamovich and Bonnette are also Army veterans.

Adamovich, who deployed to Iraq as a chief of casualty operations officer for a year starting in February 2004, says it’s been gratifying to have the opportunity to help fellow veterans with their legal needs.

Since Ali had previous experience taking on a case through the consortium, Adamovich was able to turn to him for some practical advice.

“Mir has been the forerunner,” says Adamovich, a New York City-based associate. “He really does take a leadership role in everything he does.”

Paula Ketcham, Schiff Hardin’s pro bono coordinator, says Ali is a natural leader and a great fit to head up the partnership with the Veterans Consortium.

The firm encourages its lawyers to follow their passions when taking on pro bono projects, she says.

“Mir followed in the tradition of many Schiff lawyers in identifying pro bono work that resonates with his experience, values and expertise,” says Ketcham, a Chicago-based partner. “His passion for this work is inspiring and will inspire others.” 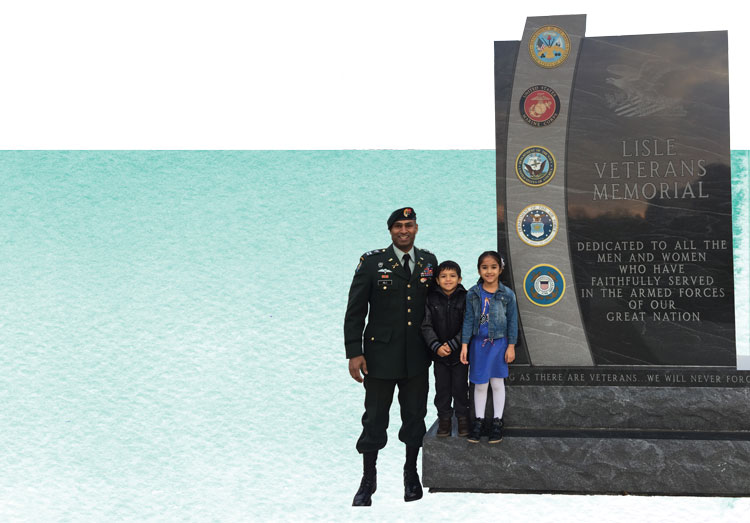 Mir Ali stands with his children at the veterans memorial in Lisle, Illinois. Photo courtesy of Mir Ali.

If the Schiff Hardin pilot team’s members continue to have positive experiences working on cases through the consortium, the firm hopes to grow the number of its attorneys taking part in the program.

Since its inception in 1992, the Veterans Consortium Pro Bono Program in Washington, D.C., has recruited, trained and mentored more than 4,000 volunteer attorneys. The program has also handled more than 50,000 veterans’ requests for legal assistance and won thousands of cases in court for veterans and their families.

Courtney L. Smith, the consortium’s director of volunteer outreach and education, says the program’s veterans spend an average of five to seven years trying to obtain their VA benefits prior to needing representation before the U.S. Court of Appeals for Veterans Claims.

These delays and the need for veterans to access legal services are what prompted many of the ABA’s own programs, like the Veterans Claims Assistance Network and the Military Pro Bono Project.

Smith says the long battles can cause frustration for veterans and their family members, a feeling that volunteer attorneys like Ali can help reverse.

“Having a volunteer step in and say they will carry the load from here gives them renewed hope,” she says. “They get excited about their cases again.”

Smith says the pro bono legal assistance is also “an additional ‘thank you for your service’ that our volunteers give to our veterans.”

“We are truly thankful for Mir and his team for their partnership in working with veterans who come through our program,” she says.

For Schiff Hardin, the collaboration is a natural fit given that it has its own veterans’ inclusion network called Military Appreciation at Schiff Hardin, or MASH.

The initiative is designed to help Schiff Hardin retain veterans and hire new ones, and Ali has played a significant role in MASH’s work by speaking to veterans at law schools and taking part in military appreciation events.

For example, on Veterans Day in 2017, the firm hosted a well-attended gathering where Ali, Adamovich and Bonnette told their colleagues about what it was like to serve in the military.

“It was one of the best events we have had here,” says Schiff Hardin partner Andrew Sawula, chair of the firm’s veterans subcommittee.

He says it has been a true honor to work with Ali, whom he calls a “great team player,” on veterans issues at the firm.

Sawula also expressed confidence that Ali’s leadership of the firm’s pro bono legal efforts for veterans would be just as fruitful as his work with MASH.

“When he does something, he fully commits,” Sawula says. “I have no doubt it will be a great success.”

You can go to vetsprobono.org if you are interested in learning more about the Veterans Consortium Pro Bono Program. To learn about opportunities and resources to serve veterans through the ABA, visit the ABA Military and Veterans Legal Center at abamilvets.org.

This article appeared in the March 2019 issue of the ABA Journal with the headline "Signing Up for Service."