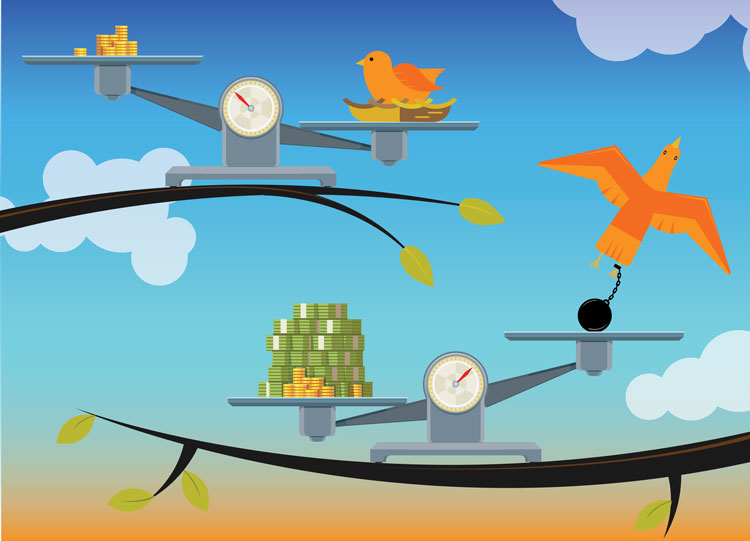 A little more than a year ago, New Jersey all but eliminated cash bail for criminal defendants, except for those charged with certain violent offenses.

Since the reforms took effect Jan. 1, 2017, the county jail population is down 16 percent, says then-attorney general Christopher Porrino, who left office on Jan. 16 when the new governor was sworn in. And preliminary numbers show a 5 percent decrease in violent crime over the year.

The reforms, Porrino says, address two problems: First, that violent repeat offenders were often able to buy their way out of jail; and second, that low-level, nonviolent offenders often languished in jail because they didn’t have the means to post bail.

Now, instead of needing money to attain freedom, which disproportionately punished poor and minority people, defendants are held or released because of their risk to society. “This is one of the best examples of where government can work,” Porrino says.

Determining who is held in jail and released is done, in part, through an algorithm called a risk assessment, a program being challenged by the bail industry, whose financial future is increasingly threatened. Although reformers say risk assessments decrease crime rates, reduce jail populations and increase government savings, the bail bond industry sees a permissive tool that is bad for public safety and an existential threat. (See “Calculating Crime,” ABA Journal, March 2017.)

In the most basic sense, a risk assessment takes a series of factors about an individual facing detention and provides an output, such as the likeliness that the person will show up to court or commit another crime.

While there are numerous risk assessment methods, one of the fastest proliferating tools is the Laura and John Arnold Foundation’s Public Safety Assessment, or PSA, which has been piloted in about 40 jurisdictions, including New Jersey.

Jeff Clayton, executive director of the American Bail Coalition, says risk assessments originally “were one more tool in the toolbox” that a judge could use to set bail. Although he has concerns regarding the underlying research and data that led to the creation of the PSA, he now describes the algorithm as a mechanism “to completely get rid of bail.”

A NATION LOCKED UP

Every year about 12 million Americans are booked into local jails. The Pretrial Justice Institute says about three out of five inmates are awaiting trial, costing taxpayers about $14 billion per year.

For judges, as a paper from the Arnold Foundation notes, the “decision—whether to release or detain a defendant—is far too important to be left to chance.” The foundation determined a data-informed risk assessment was the way to close this subjectivity gap.

Tools such as risk assessments are seen as a complement to implementing bail reform. In their absence, limiting cash bail can have mixed results. In Maryland, for example, a new judicial rule states that money bail should be used as a last resort. However, this led to only a slight increase of those being released in Baltimore, about 8 percent, and an increase of more than 140 percent of those held pretrial without bond, says Zina Makar, co-director of the Pretrial Justice Clinic at the University of Baltimore law school.

She says risk assessment tools—alongside services such as counseling—can improve the decision-making process and give judges the comfort to release people pretrial. But the bail industry isn’t convinced risk assessments work.

This article was published in the March 2018 issue of the ABA Journal with the title "Battling Bail: The bail industry is fighting back against reforms that threaten its livelihood."