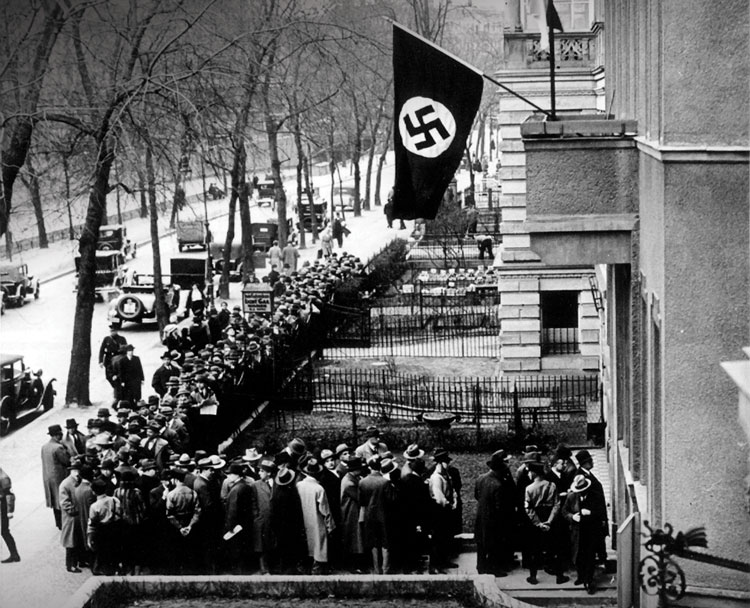 As Adolf Hitler rose to power in Nazi Germany, the first casualty was the rule of law. The Third Reich’s ensuing purge included systematically targeting “undesirables,” including Jewish lawyers, crippling their ability to practice law.

Lawyers Without Rights: The Fate of Jewish Lawyers in Berlin after 1933, by Simone Ladwig-Winters is a chilling portrait, through photos and narratives, of how Jewish lawyers and jurists were degraded and debarred as the Holocaust began. Attorneys were arrested, imprisoned or forced to flee the country. 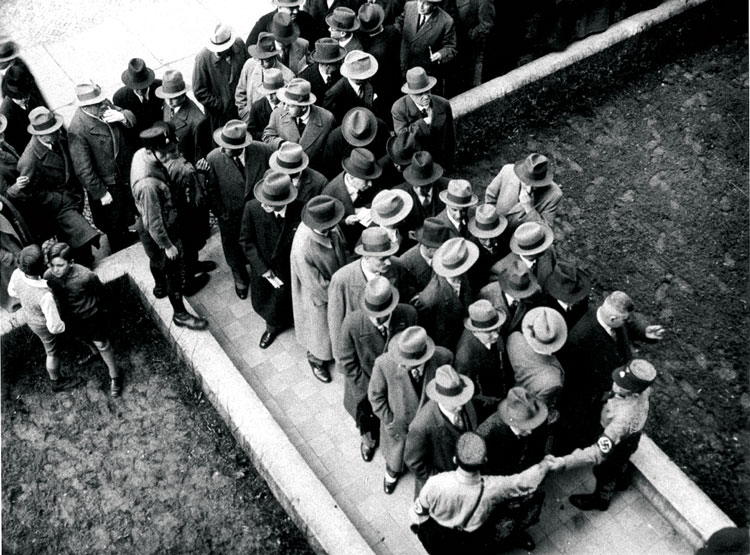 The book has a directory of 1,404 attorneys of Jewish origin during the war.

The book, first published in 2007, describes the terrors experienced by Jewish attorneys, including Alfred Apfel, who was arrested and later fled to France after being labeled one of the “traitors to the German people”; Ludwig Barbasch, imprisoned for six months and stripped of his license; and Hans Litten, who spent years in concentration camps until his suicide.

Lawyers Without Rights is about remembrance and honoring Jewish lawyers during this time, and it is also a cautionary tale for the world today. To reach a wider audience, the book was translated from German by the American Bar Association this year in partnership with the German Federal Bar.

“Too many non-Jewish lawyers in Germany during the Nazi era stood by and were not vigilant,” says ABA President Bob Carlson. “That is the first lesson from the 1930s. We cannot do nothing. The slippery slope starts when the rights of lawyers to practice their profession and defend against oppression are compromised.”

The German Federal Bar created the “Lawyers Without Rights: Jewish Lawyers in Germany under the Third Reich” exhibit in the late 1990s after researching the fate of Jewish lawyers during World War II. 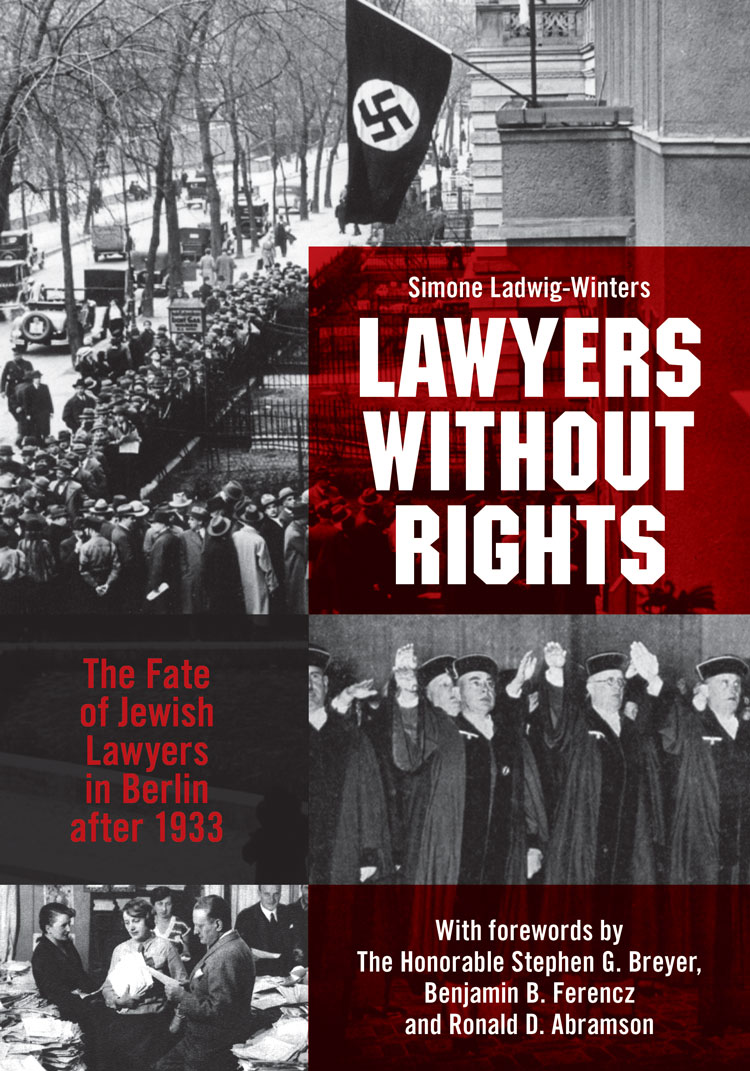 Photo courtesy of Lawyers Without Rights.

The ABA partnered to bring the exhibit to the United States, where it’s been hosted by bar groups and law schools across the country. The exhibit has been shown in dozens of cities around the world, and there was an overwhelming response to release an English version of the book.

“The problem was the book we had was in German; now we have this translation. People are interested—that’s why we got this translation,” says Stephan Göcken, executive director of the German Federal Bar.

“The idea behind the book and exhibit is not only remembrance but also to let people think about the situation—can that happen again?” says Göcken, citing the rise of extremism around the world. “It’s important to bring this exhibit and give them a feeling and let them know what can happen if the rule of law is disturbed.”

Lawyers Without Rights also includes a biographical directory recounting the destinies of 1,404 Berlin attorneys of Jewish origin
during the war. About half were able to emigrate; some stayed and survived. Many others died in concentration camps.

The book’s U.S. release will coincide with the 80th anniversary of Kristallnacht, the Nazi pogrom against Jewish people that happened from Nov. 9 to 10 in 1938. It destroyed businesses, synagogues and other properties, and it launched the first wave of the Holocaust.

The book’s publishers say it’s important that recollection of the widespread atrocities of Nazi Germany remain part of the public consciousness so that the lessons are never forgotten. 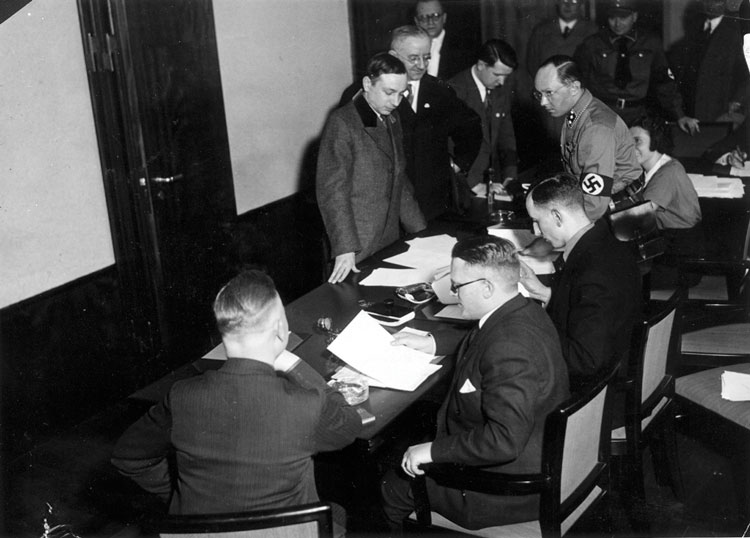 The book’s U.S. release will coincide with the 80th anniversary of Kristallnacht. Photo courtesy of Lawyers Without Rights.

As Benjamin B. Ferencz, the last surviving prosecutor from the Nuremberg trials, noted in a foreword: “For those lawyers who were persecuted or had to flee Nazi tyranny because of their religion, Lawyers Without Rights ... demonstrates that their suffering has not been forgotten. Nor has it been in vain.”

In his foreword, U.S. Supreme Court Justice Stephen G. Breyer encouraged vigilance against the sort of “perpetual evil” revealed in Lawyers Without Rights, noting the law and the legal profession are the first lines of defense when the judicial system is attacked.

“It is important that we and future generations remember the misuse of laws in Germany and how it permitted a society to effectively purge a significant group of lawyers solely because of their religion, sending many in exile or
to their deaths,” Breyer wrote. “It is about the misuse of law.”

This article was published in the November 2018 ABA Journal magazine with the title “Learning from the Past.”