California may toughen rule on sex between attorneys and clients 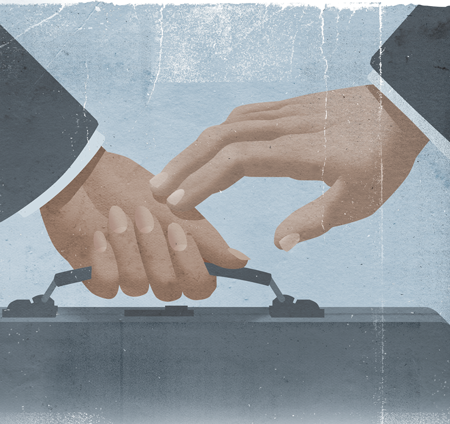 Sex with clients is forbidden under the rules of professional conduct in most states. The rules exist to ensure that the lawyer’s independent professional judgment is not clouded or conflicted by the emotions encircling intimate relationships. The rules also exist to protect clients from lawyers, as often there is an unequal balance of power between the people in those roles.

California is in the process of likely changing its existing rule to expand the bar against such relationships.

The State Bar of California’s board of trustees approved a new rule on March 9, while considering 33 other proposals on attorney conduct standards. The measure now goes to the California Supreme Court.

“The court, of course, can take as much time as it needs and will either adopt or reject our suggested rule,” says Dan Eaton, part of the four-member drafting team that created the proposal and a shareholder at the San Diego firm of Seltzer Caplan McMahon Vitek.

The current rule does not prohibit lawyer-client sexual relations wholesale, but it forbids them when there is a quid pro quo, coercion or undue influence, or if the relationship will cause the attorney to not live up to the duty of competency.

“I believe the greatest dangers are abuses of power by the lawyer, particularly when clients are vulnerable, as many are,” says Wake Forest University law professor Ellen Murphy. “Arguably, California’s rule as it stands today covers such situations. Absent abuses of power or coercion, the real concern should be whether the relationship in any way impairs the lawyer’s ability to provide competent representation or otherwise satisfy the fiduciary duties owed.”

The current California rule provides that an attorney shall not:

1. Require or demand sexual relations with a client incident to or as a condition of any professional relationship.

2. Employ coercion, intimidation or undue influence in entering into sexual relations with a client.

California adopted its current rule in 1992, a few years after the state legislature passed a measure that required the California bar, with approval of the California Supreme Court, to adopt a rule of professional conduct governing sexual relations between lawyers and clients.

But California’s rule may change soon. The new proposal adopts a bright-line position that attorney sex with clients is not allowed unless there was a consensual sexual relationship before the formation of the attorney-client relationship.

The proposed rule is very similar to Rule 1.8(j) of the ABA Model Rules of Professional Conduct, which reads: “A lawyer shall not have sexual relations with a client unless a consensual sexual relationship existed between them when the client-lawyer relationship commenced.”

“One of the problems with the current rule is that it really wasn’t working that well from an enforcement standpoint,” says Eaton. “Moving much more to a black-letter rule would be more in line with client expectations and would be much easier for lawyers to follow. This new proposed rule serves an important public protection purpose.

“One of our charges was to make the rule more easily enforceable and clearer. That is what we did. We also wanted to bring our rule more in line with national standards, unless there was a specific reason to keep our state variation.”

“It is obvious that the ABA approach is much better, no question,” says John Cary Sims, who teaches ethics at the University of the Pacific McGeorge School of Law. “Inherently, a sexual relationship between an attorney and client is likely to cause trouble. A flat prohibition on initiating a sexual relationship with a client, such as that in Model Rule 1.8(j), is also good for lawyers, since it heads off inappropriate relationships.”

The proposal drafting team was not unanimous in its opinion that the current rule should be changed. James Ham, the lead drafter, dissented.

“There is no empirical or even reliable anecdotal evidence that a complete ban on sexual relations is needed to protect the public or regulate the legal professional effectively,” wrote Ham, who is a bar discipline defense attorney with the South Pasadena firm of Pansky Markle Ham. “A complete ban would infringe personal rights in circumstances where there is no undue burden, coercion or risk to competent representation.”

• The Iowa Supreme Court imposed a 30-day suspension on a lawyer who had an intimate, personal relationship with a client whom she first represented when the client was incarcerated. Iowa Supreme Court Attorney Disciplinary Board v. Johnson.

• The Alaska Supreme Court suspended an attorney for three years for his sexual misconduct with an appointed client, including sexting photos of his penis to the client. In re Stanton.

• The Supreme Court of Ohio imposed a six-month suspension, stayed upon conditions, on an attorney who solicited his client on several occasions. Cleveland Metropolitan Bar Association v. Paris.

“Lawyers are human,” Sims says. “People tend to be more open to sexual relationships in intense interactions, and these relationships sometimes occur when there is a great disparity of power.”

Murphy identifies a concern over the definition of “sexual relations” in many state rules. The new California proposal forbids sexual relations “with a current client” and defines the term as “sexual intercourse or the touching of an intimate part of another person for the purpose of sexual arousal, gratification or abuse.”

Murphy warns that the definition may not cover all the situations that involve abuse of power or coercion. She cites a 2007 decision from the Supreme Court of Wisconsin, In re Inglimo, where the court found that an attorney did not violate the lawyer-client sex rule when he participated in a three-way sexual encounter with his client and the client’s girlfriend. The court determined that because the lawyer did not touch the client during the threesome—only the girlfriend—there was no violation, according to the plain language of the rule.

“This hardly seems in the spirit of the rule or a sufficient distinction to alleviate the dangers of such relationships,” Murphy notes.

This article originally appeared in the May 2017 issue of the ABA Journal with this headline: "Intimate Issues: California may toughen rule on sex between attorneys and clients."