Is jargon a 'perversion of language'? Jeremy Bentham on legislation and legal style 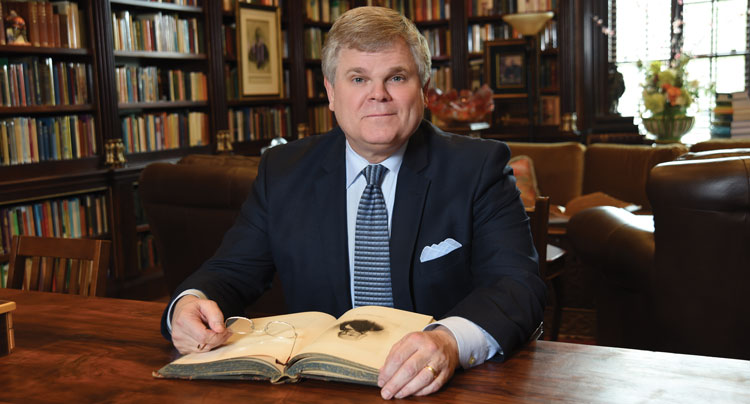 Jeremy Bentham (1748–1832) is known as a philosopher, economist and legal theorist whose work greatly influenced 19th-century legislation. He embarked on reforming many things, including legal language. A utilitarian, Bentham detested legal jargon, which he called the “perversion of language to the purpose of securing ignorance and misconception of the law on the part of the people.” It “converts the whole field of legislation into a thicket, impenetrable to the legislator’s eye: when he does work, he works blindfold; he works at random, at the hazard of creating more mischief than he cures.”

I sat down with Bentham’s books, ready to interrogate them as part of my series of “interviews” with long-dead authors. Bentham used a heavily masculine language that was typical of his time. The replies are his words verbatim from the 11-volume Works of Jeremy Bentham (1843), edited by John Bowring.

Garner: Do you give much thought to writing style?

Bentham: In a certain sense every man has power over his own style; at any rate, whatsoever be the language which he employs, his style is such as he has made it.

Garner: Yes, but what style is most desirable?

Bentham: The greater the number is of the words that are employed in the expression of a given import, the less clear is the discourse which they compose.

Garner: How do you define conciseness?

Bentham: The conciseness of an expression is inversely as the number of words employed in the conveyance of the idea intended to be conveyed by it.

Garner: Are you pulling my leg? Conciseness does lead to clarity, doesn’t it?

Garner: I’ve read your work as being critical of those who use imprecise words or simply wrong words.

Bentham: In proportion to the degree to which a man’s discourse is seen to be defaced by these imperfections is the degree of weakness under which his mind is seen to labor.

Garner: You’ve written a fair amount about speech. You’re critical of those who are underprepared for speaking.

Garner: You’ve written a good deal about legislators. What are your views about them?

Bentham: The science of legislation is still in its cradle—it has scarcely been begun to be formed in the cabinets of philosophers: Among legislators in name, scarcely any other practice can be found than that of children, who in their prattle copy what they have learned of their nurses. That a science may be learned, a motive is necessary; that the science of legislation may be learned, or rather may be created, motives so much the more powerful are necessary, as this science is most repulsive and thorny. For the pursuit of this study, an ardent and persevering mind is required, which can scarcely be expected to be formed in the lap of ease, of luxury and of wealth. Among those whose wants have been forestalled from their cradle—among those who become legislators to gratify their vanity or relieve their ennui—there can scarcely be found one who could be called a legislator without mockery.

Garner: What makes for good legislation?

Bentham: The end and aim of a legislator should be the happiness of the people. In matters of legislation, general utility should be his guiding principle. The science of legislation consists, therefore, in determining what makes for the good of the particular community whose interests are at stake, while its art consists in contriving some means of realization.

Garner: But you don’t seem to like the state of legislation.

Bentham: Confusion ... pervades the substance of the several statutes.

Bentham: Words being heaped together at so much a dozen, the consequence is alike necessary and obvious. In this case, too, lest the virtues of tautology and surplusage should not be sufficient, the aid of disorder, and a religious exclusion of those helps to elucidation with which no other species of composition is unprovided, have been called in and carefully preserved.

Garner: Many of your objections are about the hopelessness of voluminously scattered statutes, aren’t they?

Bentham: The more bulky and obscure the subject matter, the more urgent the need which, in its struggles with the difficulties of the subject, the mind has of ... apt arrangement.

Garner: Is apt arrangement what you mean by the phrase “rule of distribution”?

Bentham: The rule is: let the whole mass of legislative matter be broken down into parts, carved out in such sort, that in hand, and thence in mind, each man may receive that portion in which he has a personal and peculiar concern, apart from all matter in which he has no concern.

Garner: You favor readability for the sake of efficiency, don’t you?

Bentham: So grievous is the charge imposed upon a man’s faculties, pecuniary and mental together—so grievous, in many cases is it capable of being, ... that the reducing of it to its minimum is a duty.

Garner: What do you think about the argument that verbose legal language is precise?

Bentham: For this redundancy—for the accumulation of excrementitious matter ...

Bentham: Excrementitious matter in all its various shapes, in all that variety of forms that have been passing under review—for all the pestilential effects that cannot but be produced by this so enormous a load of literary garbage—the plea commonly pleaded—at any rate, the only plea that would or could be pleaded ... is that it is necessary to precision.

Garner: You’re not buying it?

Bentham: A more absolutely sham plea never was countenanced, or so much as pleaded, in either King’s Bench or Common Pleas.

Bentham: Denominate, enumerate and tabulate. It facilitates reference and thereby, contributes to conciseness.

Bentham: Break a law down into parts, and affix a different number to each part.

Garner: You’ve also been critical of lawyers’ pleadings, haven’t you?

Bentham: Pleadings ... [are] expressions imperfectly and discordantly understood by lawyers themselves, rendered completely and manifestly unintelligible to everybody else.

Garner: You really do despise legal jargon, don’t you?

Bentham: By the heaps of filth, moral and intellectual, of which legal jargon is composed, it becomes a perpetual source of disgust, and serves as a perpetual repellent to the eye of scrutiny.

Mr. Bentham combined passion with a penetrating intellect and a sometimes-caustic writing style. Much of what he wrote in the late 1700s and early 1800s is as searing today as it was then. But then, I’ve given you highlights: There are long, dreary passages as well.

A tidbit of no particular relevance here: Shortly before his death, Bentham made a will requesting that his head be severed from his body and preserved in the style of the Maori—native New Zealanders. Bentham wanted to create an “auto-icon” so his preserved body could be wheeled out at parties if friends missed him. In 1850, his body was acquired by University College London, and it has had a storied existence.

Bryan A. Garner is president of LawProse Inc., editor in chief of Black’s Law Dictionary (available this year in an expansively remade 11th edition), and author of the soon-to-be released Garner’s Guidelines on Drafting and Editing Contracts. Twitter: @bryanagarner.

This article was published in the July-August 2019 ABA Journal magazine with the title "On conciseness and clarity: An ‘interview’ with the late British philosopher Jeremy Bentham."