Sessions in the City: 2017 annual meeting will hit the streets of New York 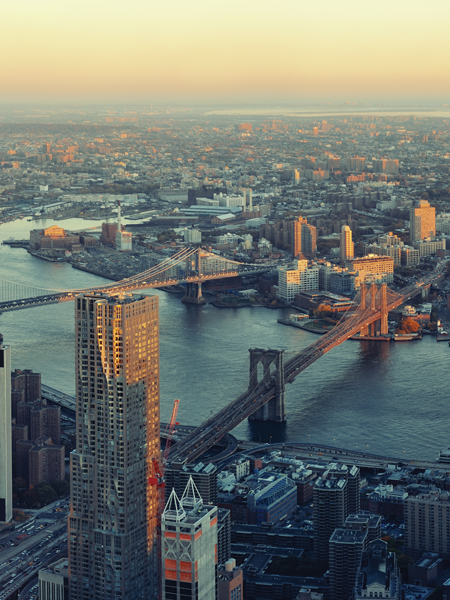 When the 2017 ABA Annual Meeting convenes in New York City Aug. 10-15, the organizers hope attendees will not spend all their time cooped up in a hotel.

Under ABA President Linda A. Klein’s direction, a new CLE in the City series was created to give lawyers the chance to visit and network at law firms and legal venues around town while earning up to 4.5 CLE credits.

Attendees can learn about white-collar crime enforcement at Debevoise & Plimpton, get financial restructuring tips for their clients from Weil, Gotshal & Manges or find out how Wachtell, Lipton, Rosen & Katz is navigating new landscapes in mergers and acquisitions. CLE in the City programs will cost $25 per session; they will be free to those who opt for an all-access registration package and to all law student members who register for the annual meeting.

More than 30 programs are planned in the CLE in the City series, and over 100 programs will take place throughout the duration of the annual meeting, including nine CLE Showcase programs. Likely to be popular, showcase programs will include a celebration of the 50th anniversary of Justice Thurgood Marshall’s ascension to the U.S. Supreme Court, a deep dive into deportation and immigration policy in the Trump era, a session on practical strategies to address implicit bias and a look at how sexual violence is being addressed on college campuses.

“As the premier gathering of the nation’s legal professionals, the 2017 annual meeting presents unparalleled opportunities to learn from and be inspired by lawyers, judges and leading legal experts from around the country,” Klein says. “Against the backdrop of the dynamic city of New York, this year’s agenda includes more than 100 CLE sessions and showcase programs, as well as a broad array of meetings and networking opportunities.

“On Aug. 12, be sure to join us at the General Assembly at the New York Hilton in Midtown and the president’s reception under the New York City lights at Rockefeller Center.”

The conference will be Klein’s last event before her term as president ends.

At the close of the meeting, she will pass the gavel to ABA President-elect Hilarie Bass.

Among other standout events:


In place of a plenary session—keynoted last year by former FBI Director James Comey—the ABA will tip its hat to Broadway by hosting It Is Only Fair, a benefit concert and rally in support of the Legal Services Corp. New York talent will perform, interspersed with LSC clients and advocates who will speak about the LSC’s critical role as the nation’s largest provider of free legal aid. The LSC’s preservation has been a top priority for Klein and the ABA, as its funding was eliminated in President Donald Trump’s first budget proposal.

Annual meeting attendance is not limited to ABA members, but members receive significant discounts. An all-access pass to the meeting, which includes free admittance to all CLE programs as well as all social events and entity and governance meetings, costs $495 for members, versus $695 for nonmembers. Law students with premium memberships can pay $195 for the same level of access; for law students with free memberships, the price would be $225.