The ABA House of Delegates nudged the U.S. legal profession a little further into the 21st century, approving a series of resolutions amending the association’s Model Rules of Professional Conduct to accommodate changes in law practice triggered by technology and globalization.

During its August sessions at the 2012 ABA Annual Meeting in Chicago, the House adopted six resolutions by the Commission on Ethics 20/20 with minimal debate and little opposition. The commission was appointed in 2009 by then-President Carolyn B. Lamm, a partner at White & Case in Washington, D.C.

The commission co-chairs emphasized that the changes don’t seek to push lawyer ethics rules into uncharted territory. Co-chair Jamie S. Gorelick said radical change wasn’t necessary. “There have been many changes in the practice of law,” said the partner at Wilmer Cutler Pickering Hale and Dorr in D.C., “but the underlying principles of our profession are sound. These recommendations allow us to address changes in how we communicate and connect with clients, and we’ve dealt with the issue of mobility for lawyers.” Her co-chair is Michael Traynor of Berkeley, Calif., a past president of the American Law Institute.

The revisions in Resolution 105A clarify a lawyer’s ethical duty to take reasonable measures to protect the confidentiality of client information, including material stored electronically. Language changes in several rules were made to encompass electronically stored information as well as traditional document forms. New language for Model Rule 1.6 affirms that a lawyer has a duty to make reasonable efforts to prevent inadvertent as well as unauthorized disclosure of information relating to client representation. And language is being added to the comment to Rule 1.1 to state that a lawyer’s efforts to provide competent representation to clients includes keeping up with changes in relevant technology. 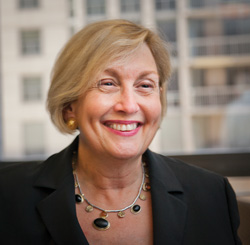 Resolution 105B provides more guidance to lawyers on the use of technology to attract new clients. A revision to Rule 1.18 and its comments clarifies when electronic communications give rise to a prospective client-lawyer relationship. Amendments to Rule 7.2’s comment say lawyers may pay for “lead generation” services, including Internet-based leads, as long as certain safeguards are followed. Amendments to Rule 7.3 governing solicitation of clients clarify when online communications amount to solicitations under the rule.

Resolution 105C contains revisions to the comments to Rules 1.1 and 5.3 identifying factors to consider when retaining outside lawyers or nonlawyers. In addition, a revision to Rule 5.5’s comment clarifies that lawyers may not engage in outsourcing when it would facilitate unauthorized practice of law.

Resolution 105D sets forth a new Model Rule on Practice Pending Admission that would allow a lawyer to establish a presence in a new jurisdiction while pursuing permanent admission, subject to certain conditions. The lawyer must, for instance, have an active license in another jurisdiction and have been engaged in active law practice for three of the past five years, and the lawyer must be associated with an attorney admitted in the new jurisdiction. The authority to practice without permanent admission would terminate after a year.

Resolution 105E revises the Model Rule on Admission by Motion to reduce the time a lawyer must be admitted in one jurisdiction before seeking admission by motion in another to three of the past five years instead of five of the past seven years.

Resolution 105F revises Rule 1.6 to permit a lawyer to reveal data related to client representation to the extent the lawyer reasonably believes necessary to detect and resolve conflicts of interest between lawyers in different firms as long as the information doesn’t compromise the attorney-client privilege or otherwise prejudice the client. The changes are meant to help address ethics questions when lawyers consider associating with another firm, two or more firms consider a merger, or lawyers consider purchasing another law practice.