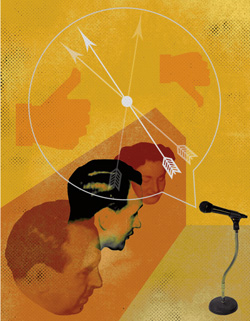 When then-ABA president Carolyn B. Lamm created the Commission on Ethics 20/20 in 2009 to study the impact of technology and globalization on the legal profession, some observers hoped commission members would interpret that mandate as an invitation to propose revolutionary changes in professional conduct rules for lawyers. Others feared that the commission would follow such a path.

But there isn’t going to be a revolution—at least not one fomented by the Ethics 20/20 Commission.

Instead, the first set of the commission’s proposals to revise various provisions in the ABA Model Rules of Professional Conduct and related policies largely follow a fine-tuning approach to existing ethics principles.

The ABA’s policymaking House of Delegates will take up the commission’s resolutions during the association’s 2012 annual meeting in Chicago.

In an overview report (PDF) accompanying the action resolutions filed with the House of Delegates on May 7, the commission cites the impact of two key trends on the practice of law:

First, “technology has irrevocably changed and continues to alter the practice of law in fundamental ways,” states the report. “Lawyers must understand technology in order to provide clients with the competent and cost-effective services that they expect and deserve.”

Second, and coupled with technology, the report states that “globalization continues to transform the legal marketplace, with more clients confronting legal problems that cross jurisdictional lines and more lawyers needing to respond to those client needs by crossing borders (including virtually) and relocating to new jurisdictions.”

But despite those factors, “the principles underlying the Model Rules of Professional Conduct remain relevant and valid, so most of our recommendations are clarifications and expansions of the Model Rules as well as other existing Model Court Rules and policies,” the report states.

Commission representatives say they are comfortable with the nature of their recommendations.

“Globalization and technology really are having a revolutionary impact, but the ethics rules themselves don’t need revolutionary changes to adapt,” says Andrew M. Perlman, a professor at Suffolk University Law School in Boston who serves as the commission’s chief reporter. “What the commission is proposing is evolutionary rather than revolutionary,” he says, offering lawyers more guidance on how the existing rules apply to the new realities of 21st century law practice.

GUIDANCE IS THE GOAL

“When you have vibrant principles in the current rules, modest is good,” says commission co-chair Jamie S. Gorelick. “We didn’t think radical overhaul was called for, although we certainly received such proposals. But the rules didn’t provide guidance on phenomena like pay-per-click advertising, outsourcing and carrying client confidences in mobile devices, so that’s what we have done.” Gorelick is a partner at Wilmer Cutler Pickering Hale and Dorr in Washington, D.C. Her co-chair, Michael Traynor of Berkeley, Calif., is a past president of the American Law Institute.

One example of the commission’s evolutionary approach is in the area of how lawyers are using technology to attract new clients.

“Lawyers regularly use the Internet to disseminate information about the law and legal services as well as to attract new clients,” states the report (PDF) supporting the commission’s recommendations in this area. These activities have had a positive effect on efforts to inform the public about the availability and cost of legal services, and “the commission concluded that no new restrictions on lawyer advertising are required.”

But the commission also determined that some provisions in the Model Rules “have unclear implications for new forms of marketing and that lawyers would benefit from several clarifying amendments,” the report states.

Specifically, the commission is proposing that the House adopt amendments to Model Rule 1.18 and its comments to clarify when electronic communications give rise to a prospective client-lawyer relationship. The commission also is proposing amendments to the comments to Model Rule 7.2 in efforts to clear up ambiguities about what Internet-based client development tools might run afoul of the prohibition against giving anything of value for recommending a lawyer’s services, and to distinguish such recommendations from permissible generation of client leads by others on behalf of the lawyer. The commission’s third key recommendation in this area would revise Model Rule 7.3 and its comments to clarify when a lawyer’s online communications amount to “solicitations” governed by the rule.

In addition to technology and marketing, the commission’s resolutions going to the House for consideration in August address these specific areas:

• Technology and confidentiality (PDF). Essentially, the commission is recommending revisions to clarify a lawyer’s ethical duty to take reasonable measures to protect the confidentiality of a client’s information, including materials stored electronically. To help accomplish this, the commission is proposing language changes in several rules to ensure that they encompass electronically stored information as well as traditional forms of documents. The commission also is recommending new language for Model Rule 1.6 to affirm that a lawyer has a duty to make reasonable efforts to prevent the inadvertent as well as unauthorized disclosure of information relating to the representation of a client. In addition, the commission is proposing additional language to the comment to Rule 1.1 to state that a lawyer’s efforts to provide competent representation to clients includes keeping up with changes in relevant technology.

The commission also is calling for—although not in the form of a resolution to the House—the ABA Center for Professional Responsibility to work with other association entities to create a website that would provide continuously updated information about how the use of technology by lawyers affects confidentiality issues.

• Outsourcing (PDF). The commission is not proposing changes to the black letter of the Model Rules in response to the growing use by law firms of outside lawyers and nonlawyers to do certain work. The commission is, however, recommending revisions to the comments of Model Rules 1.1 and 5.3 to identify factors a lawyer needs to consider when retaining outside lawyers or nonlawyers. A proposed revision to the comment to Rule 5.5 would clarify that lawyers may not engage in outsourcing when doing so would facilitate unauthorized practice of law. The proposed changes “are neither an endorsement nor a rejection of the practice of outsourcing,” states the commission’s report supporting the recommendations. Rather, the proposals “are intended to clarify a lawyer’s obligations in this context so that lawyers who decide to outsource do so in an ethical and responsible manner.”

• Lawyer mobility (PDF). The commission’s recommendations in this area include revisions to the Model Rules to address confidentiality and conflicts of interest when a lawyer considers changing firms. The commission also is proposing adoption of a Model Rule on Practice Pending Admission (PDF) that would allow a lawyer to establish a presence in a new jurisdiction immediately while pursuing permanent admission there. In addition, the commission’s proposed revisions (PDF) to the existing ABA Model Rule on Admission by Motion would reduce the number of years a lawyer must be admitted to practice in one jurisdiction before seeking admission by motion in another jurisdiction.

The Ethics 20/20 Commission’s proposals on lawyer mobility are built on the framework of measures adopted in 2002 at the recommendation of the ABA Commission on Multijurisdictional Practice, many of which have been adopted widely by the states. “The MJP really advanced the ball greatly,” Perlman says. “We looked at issues within a framework that has been very successful.”

In addition to its substantive logic, the Ethics 20/20 Commission’s work to base its recommendations mostly on existing professional conduct principles appears to be striking a responsive chord among a number of key entities that are likely to influence the decisions of the House of Delegates. As of late May, the New York State Bar Association and the ABA standing committees on Professionalism, Client Protection, Specialization, and Ethics and Professional Responsibility had signed on as co-sponsors of all the commission’s resolutions. The Standing Committee on Professional Discipline is co-sponsoring some of the resolutions.

Gorelick says the commission is hopeful that the list of co-sponsors will grow. “Because we worked with so many bar entities on the development of these proposals, we are getting significant support,” she says. “It will be very helpful to House members to see that what is before them has been fully vetted and found by their colleagues to be both necessary and helpful to the profession.”