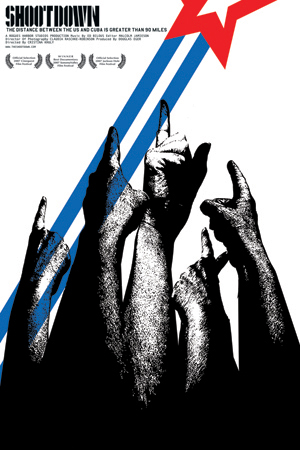 Web Extra: Q and A with Frank Angones

On the morning of Feb. 24, 1996, two Cuban air force fighter jets took to the air. They were authorized to shoot down three tiny civilian planes—planes piloted by American citizens flying in international airspace.

The Cubans fired missiles that destroyed two of the planes, which disintegrated immediately. Gov­ernments and human rights organizations across the world condemned Cuba’s actions, but the families of the downed pilots and passengers wanted more than words. So they turned to the courts.

The resulting lawsuit, Alejandre v. Republic of Cuba, 996 F. Supp. 1239 (S.D. Fla. 1997), set a new precedent in international law by marking the first verdict and ­mon­­etary collection from a civil lawsuit against a named terrorist country under the Foreign Sovereign Im­munities Act.

Although the case is taught in law schools, the story behind the incident, including the Clinton administration’s relationship with Fidel Castro, is not widely known. A newly released documentary, Shoot Down (theshootdown.com), tells that story.

“I found it shocking that we glamorize Castro and Cuba, which is not a free society,” says Cristina Khuly, the film’s director. “This story is really a window into our relationship with Cuba, and once you can get into a story like this, you get why Cuban-Americans are so upset.” The movie’s tagline says it all: “The distance between the U.S. and Cuba is greater than 90 miles.”

The victims—Armando Alejandre, Carlos Costa, Mario de la Pena and Pablo Morales—belonged to a group called Brothers to the Rescue. The group’s original mission was humanitarian, assisting thousands of Cuban refugees attempting to float to America on small boats and makeshift rafts. But humanitarianism eventually turned to activism, and BTTR’s frequent flights near the island taunt­ed the Cuban government, ultimately leading to the attacks.

“We uphold activists in this country, but on this issue there’s a question of when do you go too far,” says Khuly. The film is also “incredibly personal” for Khuly—Alejandre was her uncle, and her moth­er, Maggie Khuly, was instrumental in the lawsuit.

Trying the long, complicated case was a team of lawyers from different firms who came together for the cause. “We are Cuban-Americans, and I had the privilege of knowing Alejandre, and that’s why we were involved—so there would at least be some justice, so there would be some precedent,” says Frank Angones, one of the lead lawyers who now serves as president of the Florida Bar Association.

The initial trial lasted only two-and-a-half days, the time it took for the families to present their case, Angones recalls. Cuba refused to appear—until it came time to collect the nearly $190 million default judgment. “They finally gave up because the judge was forcing officials of the Cuban government to come in and testify,” Angones says.

In 2002, the families were able to collect $93 million from frozen Cuban assets. “Hopefully the deaths of these individuals were not in vain,” Angones says. “This film puts into context the importance of human rights in the world.”