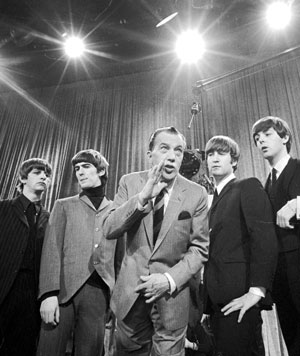 In August 1967, rock promoter Brian Epstein was found in his London apartment dead from an accidental drug overdose. Only 32, Epstein was widely regarded as the man who discovered and nurtured the Beatles to great fame. In his five years as their mentor and manager, the four lads from working class Liverpool had risen to become—individually and collectively—the most dominant force in popular music worldwide.

During the months before his death, Epstein and the band members had explored the idea of creating a holding company to shield the group from the brunt of England’s significant individual taxation. Through it, they planned to create their own record label and manage the affairs of Beatles & Co., the commercial arm of the band’s music partnership. After Epstein’s death, the four plunged ahead, forming a new company dubbed Apple Corps Ltd., which assumed 80 percent ownership of their commercial venture, with 5 percent interest being retained by each of them individually.

The move was intended to be recognition of the growing complexity of the musicians’ commercial relationship. But by January 1969, it had exposed the strains wrought by their diverging artistic tastes, maturing business interests and, in some cases, naked self-interest fueled by fame and wealth.

For a time, the four attempted to guide their own affairs. They had endured and ignored some questionable business decisions and self-dealing by Epstein, but in their hands Apple became a sinkhole. They signed artists for exorbitant advances, bought a building on Savile Row, and spent so lavishly on cronies and sponges that by January 1969 John Lennon declared publicly that the Beatles were on the road to bankruptcy.

Paul McCartney suggested they hire as business manager Lee Eastman, a New York lawyer about to become his father-in-law. Lennon, George Harrison and Ringo Starr, however, were drawn to the streetwise Allen Klein—an American who had represented the Rolling Stones and other prominent British acts. When they signed an agreement with Klein’s ABKCO Music and Records in May 1969, McCartney yielded to the majority but refused to actually sign. 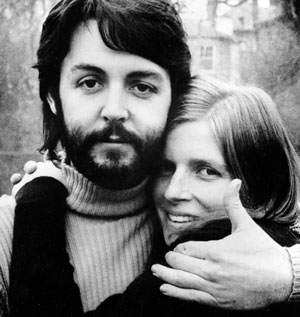 Klein moved quickly to right Apple’s finances. He fired the cronies and restructured existing contracts. Court documents would later show that Apple made nearly $21 million in 19 months under Klein, more than the group had banked during the previous six years.

But a series of conflicts confirmed McCartney’s mistrust of Klein, and by early 1970 tensions topped out over timing the release of the Let It Be film and album, as well as competing solo albums by McCartney and Starr. And when Klein allowed producer Phil Spector to make dramatic changes in McCartney’s music without consulting the artist, the rift became permanent.

The dissension spiked when McCartney accused Klein of self-dealing and a lack of accounting. He began asking for the appointment of a receiver to examine Apple’s affairs. On Dec. 31, 1970, McCartney filed to dissolve the Beatles and Apple. By the time an 11-day hearing began in February 1971, elements of their rift had become public. Citing a “grave breach” of the band’s long-running partnership, Justice Edward Stamp sided with McCartney and agreed to the appointment of a receiver, effectively ending one of history’s most popular music collaborations.