Will Dress Codes for Workplace Avatars Soon Be the Norm? 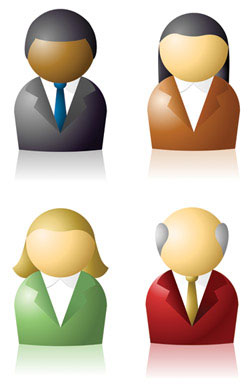 Filmmaker James Cameron may have depicted avatars in his film of the same name as futuristic humanoids with super powers that can be used for good or evil. But in reality, avatars often have much more mundane uses.

Indeed, an increasing number of businesses have adopted the use of these virtual physical likenesses in the workplace for things like long-distance planning and strategy meetings between co-workers on different continents, and collaboration on projects; they have even been used to help reduce overhead by eliminating brick-and-mortar meeting spaces.

While litigation over an avatar’s appearance has yet to surface, it can’t hurt to be too careful, says Dan Westman, a partner at the McLean, Va., office of Morrison & Foerster. He emphasizes the need to balance policies against discrimination, harassment and retaliation with restrictions on avatars that, for example, could lead to a claim of religious discrimination.

“Cyberspace is not a law-free zone,” says Westman, whose office has only fielded one question on the subject to date—from a software client about the dress code issue. “The person who’s sitting at the computer, seeing the thing that offends them, is in the real world.”

“In the case we were dealing with—an avatar’s clothing was causing offense—presumably the company told the employee to change the appearance, and that was the end of it,” he adds.

Already some 30 percent of companies that use avatars have guidelines for employees on how to use them appropriately—including dress codes, according to an October 2009 report by Gartner, the Stamford, Conn.-based information technology consulting firm.

Gartner estimates that the number of businesses that will have employee avatar behavior guidelines and dress codes will grow to 70 percent by the end of 2013.

“Many of the admonitions or cautions that an organization would provide to its employees around social media also apply to avatars,” says Gartner analyst Carol Rozwell, who co-authored the report.

For example, Rozwell remembers attending a virtual business meeting in which the host’s avatar wore an ostentatious array of jewelry and “clothing that needed a bit more coverage,” she says. “That would have been fine if the person were marketing jewelry. But given that this was a software vendor, it didn’t jibe well.”

Westman could more readily see scantily clothed avatars coming into play as a piece of evidence in a larger harassment case. “If the company did not respond to people of one gender who said the attire of the other gender is inappropriate,” he says, “that might be evidence of failing to take harassment seriously.”