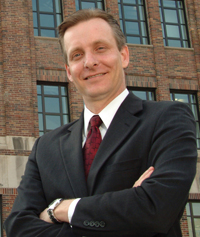 In downtown Detroit—a city known for urban blight caused by the decades-old decline of the U.S. automotive industry—stands a newly refurbished, 760,000-square-foot architectural gem left over from General Motors’ heyday. Until recently, it had been vacant since 1999.

The former Argonaut Building, once home to GM’s vehicle design center, has been transformed into the A. Alfred Taubman Center for Design Education, an integrated community that focuses on art and design training beginning in middle school and advancing through graduate and professional work. The facility houses various departments for its sponsor, the College for Creative Studies, as well as a new art-focused charter school.

The Taubman Center, which opened in September, owes much of its success to the availability of federal and state tax credits that totaled some $67 million, accounting for nearly half of the expansive $145 million renovation.

Across the country, even as construction slowed amid the economic downturn, historic restoration projects such as this were being pushed through to completion.

“There’s statistical evidence that in downturns people do look to old buildings rather than build new ones,” says David Schon, a Washington, D.C.-based partner in Nixon Peabody’s syndication group who focuses on real estate development and finance. “The credit markets being what they are, I think developers are definitely looking to more sources of equity.”

“If you’ve got a project that’s leveraged up with new-markets and historic credits, it can bring about 45 percent of the money to the table,” Holm says.

Begun in 1976 and administered primarily by the National Park Service, the credit applies to income-producing historic properties. The government said it approved 1,044 historic rehabilitation projects representing some $4.69 billion of private investment in the 2009 fiscal year, down from 2008 levels but still high er than 2006. Eligibility for the tax credit comes with certification, which is granted only after all of the work has been completed.

Notable among recent historic beneficiaries were the Roosevelt Hotel in New Orleans, which reopened its doors after a $145 million renovation, and Fort Baker in Sausalito, Calif., a portion of which was converted into a first-class retreat and conference center.

“While the recent downturn in the economy in general and the real estate market in particular has had an impact on the program activity in (FY) 2009, the number of approved proposed projects continued a 10-year trend by exceeding 1,000,” the National Park Service said in a February report.

The new-markets credit works differently. it was set up in 2000 to help provide capital infusions to commercial ventures in low-income communities. Con trolled by the Community Development Financial Institutions Fund—an arm of the U.S. Treasury Department— it offers credit to privately managed investment institutions. By investing in these “community development entities,” private or commercial investors receive tax credit worth 39 percent of an initial investment distributed over a seven-year period, along with any return.

Attorneys say that qualifying for credits such as these has become arduous and highly specialized work, requiring significant research, project due diligence, and knowledge of sophisticated financial transactions and public policy.

It helps if you have a passion for saving old buildings, says Nixon Peabody’s Schon, who studied architecture in college and abroad, and as a lawyer has consistently worked on urban design projects.

“There’s a reason to like clients,” he says. “They have chosen to do this as opposed to something else.”

Besides Nixon Peabody, other firms known for their work in this field include DLA Piper, Holland & Knight, Bryan Cave and Sonnenschein Nath & Rosenthal.

Joseph S. Kopietz, a senior attorney in the real estate practice of Clark Hill’s Detroit office, is one of this rare breed of tax and finance specialists. Kopietz represented the College for Creative Studies in the Taubman deal, beginning with the acquisition of the property from General Motors in 2008.

“It was a multiphased process involving multiple timelines,” recalls Kopietz, noting that a typical week was likely to involve large amounts of document review and coordination, as well as regular conference calls with attorneys, developers, architects and a range of financial institutions, including six different community development entities that contributed allocations. Part of the work involved educating bank underwriters about how the tax credits are structured.

“This is an area that does well in good times and bad,” Kopietz says. “In bad times, people are more apt to search out as many incentives as possible.”

Indeed, competition for federal credits grew increasingly fierce during the recession, according to Jerome Breed, a Washington, D.C., partner with Bryan Cave who specializes in real estate and tax law. He notes that during this time applications for new-markets credits were significantly oversubscribed.

And while tax credits can certainly make or break some of these deals, securing traditional financing remains an essential part of the process—and a challenge during the downturn. With a paucity of bank loans, there appears to be a shift toward more large-scale tax-credit projects undertaken by nonprofit organizations that have the ability to lean on their constituents to raise portions of a restoration budget, he says. In turn, their higher visibility has brought more public awareness to the programs.

“These are very frequently good for the community,” says Breed. His own firm has been involved in projects such as Washington, D.C.’s Rhode Island Station, a mixed-use community near the city’s Rhode Island Avenue Metro station, and Baltimore’s American Brewery, which was rehabbed by human services agency Humanim as a mental health and employment services facility.

“They’re very high-quality projects that have created a lot of jobs and gotten money into a lot of areas that wouldn’t otherwise have received that capital investment,” Breed says. “That’s exactly what the program was designed to do.”