End of the Road for the 'Cravath Model'? 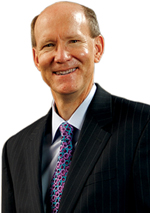 William Henderson believes economic trends call for a sea change in law firm hiring practices and a shift away from the billable hour.

It’s a theory garnering some support from law school leaders—and some law firms as well.

The continued surge in corporate work has led to a shortage of elite candidates from top schools, the Indiana University law professor argues, pushing high-end starting salaries above $160,000 in 2007. Meanwhile, in-house counsel are fighting back against the increasingly higher hourly rates mandated by these escalating salaries.

Training and retention at top firms has fallen by the wayside, as the historic “Cravath model”—which called for recruiting the best students from the best schools and investing heavily in their training and retention—has been sacrificed, Henderson writes in a recent paper, “Are We Selling Results or Resumés?: The Underexplored Linkage Between Human Resource Strategies and Firm-Specific Capital.”

Firms can’t afford the necessary investment in education, often leading to disenchanted associates who leave after just a few years. And corporations are often reluctant to use inexperienced first-year hires due to what they see as unjustifiably high hourly rates not backed by expertise.

“Law firms are locked in a struggle to protect their brand, to increase profits per partner. One of the predictable ways they do this is to every year pass along higher billable rates,” says Henderson. “It wouldn’t be so bad if somebody was going to stick around, but these students are long gone. The attrition rate is astronomical.” According to a 2005 report by the National Association for Law Placement, there is an attrition rate of 78 percent by the fifth year for associates at large firms.

Henderson says competition for elite students has an unfortunate impact on the highly capable group of grads just below the top tier: sharply lower salaries. Grades just missing the highest percentiles or degrees from schools ranked as second- or third-tier are viewed as subpar credentials.

New data from NALP shows starting salaries con­tinue to cluster even more acutely around two peaks of the hiring spectrum, with little middle ground. Last year 16 percent of first-year attorneys earned $160,000 or more, while 38 percent received $55,000 or less. Collectively, annual pay in the $40,000 to $60,000 range accounted for 42 percent of first-years.

“It really is this unfortunate winner-takes-all dynamic,” Henderson says. “This is completely and totally unsustainable.”

Therefore, Henderson argues for a move away from these practices. He suggests big firms reach out to a broader pool of above-average performers. Citing data from an in-depth study of engineers at Bell Laboratories, he makes the case that a superb academic record does not necessarily guarantee the best performance on the job.

“I could build a great law firm from the ‘scratch and dent’ bin from Indiana, Wisconsin and Illinois,” he says of three Big 10 law schools. “These are bright, motivated kids.”

Henderson also calls for replacing the billable hour with a “high quality/fixed cost” structure to deliver the best legal services in the most cost-effective way. Work would include a quality guarantee to ensure that corners aren’t cut.

He even goes so far as to suggest investment in the new model (which might take several years before reaching profitability) could be underwritten by outside investors such as private equity firms, which would require changes to current law.

“There is a large and ready market for any law firm that can figure out a way to deliver the same or better legal services using a cost structure that is not pegged to spiraling associates’ salaries,” Henderson argues in the paper.

He seems to have a sympathetic audience among law school leaders grappling with the realization that a pricey legal education brings no guarantee of a high starting salary.

Henderson “is raising a lot of issues that the profession needs to deal with,” says David Van Zandt, dean of Northwestern University Law School. “I think you’re going to see firms, out of economic necessity, try to take a different approach. There’s a big hurdle, though, because they’re going to have to make a big investment.”

Mitt Regan, co-director of the Center for the Study of the Legal Profession at Georgetown Law, stresses the need for fees to reflect the diverse nature of legal services.

“Bill’s point is that firms go about hiring people as though there’s really only one type of legal work, which is the so-called high-end work that requires intricate judgment, that’s very complex, that can’t be reduced to standard routines or procedures,” he says. “What corporate clients are saying is that the complexity of legal work varies.”

For example, Regan says, a pharmaceutical client with a high volume of product-liability lawsuits can discern patterns that can be studied to accurately predict cost per job.

“You can have wonderful law firms in the cost-containment space,” he says. “But there are barriers—the fact that I doubt you’ll see the same profits per partner that you now do at the larger firms.”

Some midtier firms are indeed benefiting from the backlash against skyrocketing hourly rates. Denver-based Holland & Hart has recruited several partners from larger firms whose high hourly rates pushed them out of the top tier of the market.

“We have tremendous rate pressure from our large energy clients—Exxon, Chevron, Shell,” says Lawrence Wolfe, Holland & Hart’s managing partner. The firm, which recruits heavily from state schools such as the University of Colorado, has been increasingly winning business in part on price, he says.

“We are continuing to get work from the big companies that could hire anybody in the world. They’re paying hundreds of dollars an hour less for us,” he says.

In addition, the firm has one large energy client, which Wolfe declined to identify, that has shifted to a sophisticated fixed-fee model. The firm and its client built the model based upon three years of negotiated budgets.

Just how long it will be before the market is ready to adopt a more wholesale approach to Henderson’s prescribed remedies remains to be seen. Cer­tainly ingrained attitudes about quality and the initial sacrifice to the bottom line will be key factors.