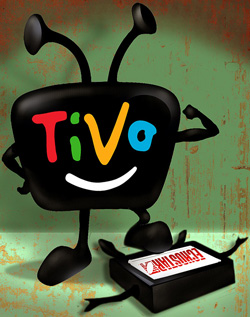 The U.S. Court of Appeals for the Federal Circuit has changed the equation in patent enforcement by making it easier to bring contempt proceedings against a defendant for violating an injunction.

In its April en banc decision in TiVo Inc. v. EchoStar Corp., the Federal Circuit also said courts should strictly uphold the terms of an injunction, even if these terms are vague or overbroad. And the ruling limits a defendant’s opportunities to challenge an injunction—thus increasing a defendant’s risk of being held in contempt for violating the injunction.

The decision gives new importance to contempt proceedings, increases pressure on parties when crafting injunctions, and will likely boost post-verdict litigation. “The net effect will be a significant increase in motivation for defendants who lost at trial to engage in more active post-injunction motion practice,” says Boston attorney Carlos Perez-Albuerne.

Also, a contempt proceeding is usually heard by the same judge who issued the injunction, so the judge is already familiar with the facts of the dispute. That’s particularly useful in complicated disputes such as patent infringement litigation, where a judge may need several months to get up to speed on the relevant technology.

Another advantage of contempt proceedings, from the plaintiff’s point of view, is that these proceedings are tightly focused. They do not allow defendants to present counterclaims or assert many defenses.

Plaintiffs can often get larger recoveries in contempt proceedings. Sanctions for contempt may be “steep and punitive,” says Chicago attorney Meredith Martin Addy.

The party bringing a contempt proceeding also has a psychological advantage. That party has already won a trial before the judge and so starts off the contempt proceeding with a favorable impression. “You may have a pretty sympathetic judge on your hands,” says Addy. The party accused of contempt, by contrast, has previously been adjudged to be in the wrong, “so that company is wearing a very black hat.”

Yet, despite the preferences for contempt proceedings, there is one significant downside: They require a higher burden of proof than a lawsuit. A party seeking contempt must provide clear and convincing evidence that the injunction was violated. In ordinary civil litigation, a litigant wins with a mere preponderance of the evidence.

Overall, however, plaintiffs find this evidentiary burden is far outweighed by the advantages. “You can get satisfaction much easier,” Addy says.

The Federal Circuit’s ruling was a major victory for TiVo in its seven-year battle to protect its U.S. patent, No. 6,233,389. This patent covers computer hardware and software that allow a digital video recorder to record one program while simultaneously playing back another program.

EchoStar designed and marketed a satellite TV receiver that provided this same functionality. TiVo sued for patent infringement in 2004, and two years later it won $109 million in damages. The U.S. District Court for the Eastern District of Texas also issued a permanent injunction prohibiting EchoStar from manufacturing or marketing any receivers that infringed the TiVo patent. It also prohibited EchoStar from putting any DVR functionality into the receivers the jury had found infringing.

EchoStar appealed, and in 2008 the Federal Circuit found that EchoStar had not violated the hardware claims of TiVo’s patent. The court upheld the ruling as to the software claims. But perhaps most importantly, the court did not issue a ruling on the scope of the injunction because EchoStar had failed to appeal it.

Meanwhile, EchoStar created new software that allowed its receivers to record and play TV programs simultaneously. EchoStar patented this software, obtained an opinion letter that this invention did not infringe TiVo’s patent, and began downloading the new software into its receivers in 2007.

When TiVo learned of this development in 2008, the company asked the district court to hold EchoStar in contempt for violating the permanent injunction. In 2009, Chief Judge David Folsom slapped EchoStar with $90 million in contempt sanctions and $110 million in infringement damages.

For more than 25 years, obtaining such a contempt ruling in patent infringement cases was complicated and confusing. In 1985 the Federal Circuit held, in KSM Fastening Systems v. H.A. Jones Co., that when an adjudged infringer redesigns its infringing product and the patentee believes the redesign still infringes, the patentee may obtain contempt sanctions only if it meets a two-part test.

The Federal Circuit in TiVo threw out this two-part test. “The Federal Circuit noted that the district courts had been blurring the [procedural] colorable-difference test with the [substantive] infringement test, which made everything unworkable,” says Timothy R. Holbrook, who teaches patent law at Emory Law School.

TiVo sets up a new, simpler standard for commencing contempt proceedings: If a patentee provides “a detailed accusation … setting forth the alleged facts constituting the contempt,” a judge has the discretion to hold a contempt proceeding.

On the other hand, TiVo seems to make it harder for patentees to prove a defendant should be held in contempt for continuing to infringe. Under a new two-part test, a patentee must prove, first, that the redesigned product is so similar to the adjudged infringing product that there isn’t “a fair ground of doubt as to the wrongfulness of the defendant’s conduct.” It isn’t enough to show, as under KSM, that these two products are generally similar. A patentee must show that the elements found infringing in the original product are also present in the redesigned product.

Applying these new standards, the Federal Circuit overturned the ruling that held EchoStar in contempt for violating the injunction against making infringing receivers. The court also threw out the $110 million in infringement damages.

However, the court upheld the $90 million in contempt sanctions. A sharply divided Federal Circuit, by a 7-5 vote, ruled that even if EchoStar’s redesigned receivers did not infringe, Judge Folsom correctly held EchoStar in contempt—for violating the injunction against putting DVR functionality into its satellite TV receivers.

EchoStar argued that this part of the injunction was too vague and overbroad to be enforceable. After all, it made no sense for the injunction to cover noninfringing technology.

The majority was unsympathetic: “The time to appeal the scope of an injunction is when it is handed down, not when a party is later found to be in contempt. … We therefore conclude that EchoStar’s arguments on overbreadth … have been waived by its failure to raise them earlier.” The majority similarly held that EchoStar had waited too long to assert its vagueness argument.

EchoStar’s failure to appeal the injunction cost the company big-time. Less than two weeks after the Federal Circuit’s ruling, the company agreed to settle the dispute by paying TiVo $500 million.

The TiVo decision should make litigants and their counsel pay more attention to the terms of injunctions. “You really need to think more closely, more thoughtfully, when you get into the injunction area,” says New York City attorney Marylee Jenkins, who chairs the ABA Intellectual Property Law Section.

“Especially when you represent a defendant, you need to step back and think carefully about what the defendant will do next.” Jenkins adds that “if injunctions are carefully crafted, this is a benefit to both parties since it should lessen the necessity of the plaintiff having to bring another lawsuit and the defendant having to defend against it.”