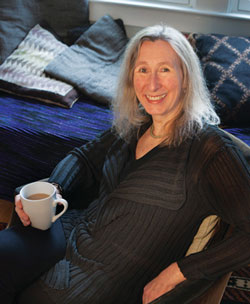 For much of her legal career, Marie-Therese Connolly has been on a crusade. While she admits it is sometimes a quixotic pursuit, her campaign to highlight the overlooked problems of senior citizens such as neglect and domestic abuse has been recognized by the John D. and Catherine T. MacArthur Foundation.

Connolly was the only lawyer in this year’s group of “genius grant” recipients and is one of only 20 attorneys who’ve received the $500,000 no-strings-attached award since the Chicago-based foundation has been awarding them.

“I can’t think of another issue that affects as many people in this country where less is being done,” says the Washington, D.C.-based Connolly, noting that advancements in elder law trail those to thwart child abuse and domestic violence. Connolly was the primary drafter of the 2010 Elder Justice Act, the first piece of federal legislation addressing the problems of elder abuse, neglect and exploitation.

As head of the Department of Justice’s Elder Justice and Nursing Home Initiative, set up during the Clinton administration, Connolly developed legal strategies to overcome loopholes in federal statutes, which led to the successful prosecution of nursing home abuse cases. She had previously worked as a senior trial lawyer at DOJ.

In 2007, as a Woodrow Wilson International Center for Scholars fellow, she began writing a book about elder justice. “I wanted to write and talk about these issues in ways that would not have been appropriate as a federal employee,” she says. “What we needed to do was raise awareness about the problem in order to get policymakers and others interested.”

The MacArthur Foundation grant makes that process easier for Connolly, who has worked without a salary or supporting staff since establishing the Life Long Justice Initiative in 2008.

The national advocacy effort was incubated in the D.C. headquarters of the nonpartisan Appleseed Foundation, a network of public interest justice centers.

Connolly, 54, says the award allows the initiative to go forward as a freestanding organization. Her work, which includes partnerships with economists, researchers, health care workers and groups such as the ABA Commission on Law and Aging, endeavors to eliminate mistreatment of the elderly by bridging gaps between the legislative process and the front lines of care.

“There’s so much opportunity for change and improvement,” she says.