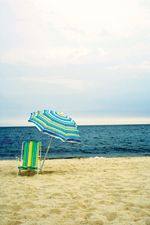 Law firm vacation policies have always been a bit of a head-scratcher. Lawyers typically get three or four weeks of paid leave, though few find time to take full advantage of it.

But at some firms, tradition­al vacation days are being displaced in favor of a “take-it-­ when-you-can” policy. And while the new policy offers lawyers theoretically, at least—as much or more time than the fixed-days variety, the trend is not being greeted with open arms.

While he worked in the New York office of Mintzer, Sarowitz, Zeris, Ledva & Meyers, the lawyer (who asked to be identified only as Richard) says, vacation time was contin­gent on meeting firm billing goals. A 200-hour monthly minimum, he says, made it nearly impossible to plan a weekend escape.

“I didn’t really have vacation,” Richard says. Mintzer Saro­witz did not respond to a request for comment.

Now with another firm that offers tradition­al vacation days and a lower billable requirement, Richard says things are looking up a bit. “I wouldn’t take two weeks off, still. But I can take a week off.”

This type of vacation policy may also be a bit of a financial boon to firms that once cashed out unused vacation days. But money isn’t nec­essarily the point, says Lee Rosen of the North Carolina-based Rosen Law Firm. The policy switch at his three-office firm this summer was aimed at eliminating the hassle of tracking vacation time.

Rosen says he worried that the new policy was ripe for abuse, but his fears proved un­founded. In fact, he reports, nothing has changed. Those who love to travel and are efficient at work still take their trips. “The people that stink stink, and the policies don’t have much to do with that.”

But the new policies may compel some lawyers to look closer at the work culture associated with private law practice. Richard, for one, says the inability to take a true vacation under any policy is making him re-evaluate his career plans. “Our nonlawyer friends are going to Europe, going on cruises. I can’t go on a cruise because you have to plan in advance,” he says.

“You begin to feel like your life is going by and you’re not enjoying it. What are you working for? Oh yeah, student loans—nothing else.”

Use it or Lose It

Source: Above the Law.