Grammar Rules: The case of the unhyphenated phrasal adjectives 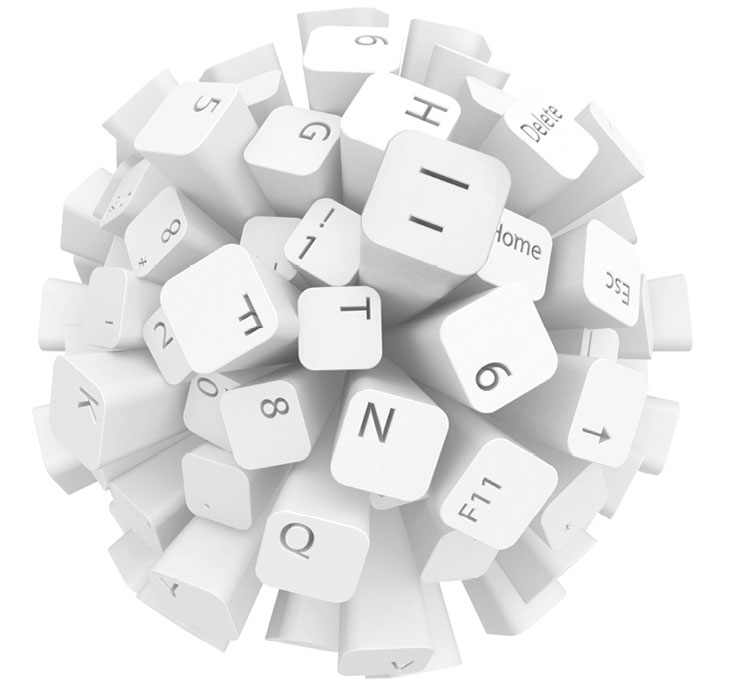 IN THE SUPREME COURT OF JOURNALISTIC ERRORS

Before this Honorable Court is the complaint of Marian Short-Dash, who accuses her local newspaper, the Blunderbuss Clarion, of omitting “obligatory hyphens” from phrasal adjectives, thereby impairing her ability to read without annoyance.

The trial court sustained all three complaints. AFFIRMED as to the first and second counts; REVERSED on the third. Chief Justice Sterling wrote the opinion of the court, joined by Justices Fussbudget and Martinet. Justice Fussbudget filed a separate concurring opinion.

We are asked to decide the mandatory or nonmandatory status of hyphens in phrasal adjectives, also known as compound modifiers. In the absence of a statutory mandate, we address this as a common-law issue. (Note that the dissenter would call this a common law issue. While it is indeed common, it is not necessarily a “law issue.”)

The precedents are numerous and varied.

In our own opinions, we refer to bench trials (it’s a noun phrase) but to bench-trial strategies (the phrase is being used as an adjective); to joint ventures but to joint-venture issues; to the law of the case but to the law-of-the-case doctrine.

When writing about oil-and-gas issues (did you see that?), we refer to cessation-of-production clauses. And we’ve been known, in admiralty cases, to refer to the no-lien-for-partial-execution-of-affreightment-contracts rule. These practices were established by our splendid in-house copy editor, who continues to uphold our long-standing tradition even when counsel and law-review commentators neglect the hyphens.

One usage critic wrote long ago that the omission of the hyphen marks the “incompetent amateur.” Wilson Follett, Modern American Usage 428 (1966). Another has stated that the omission of these hyphens creates “a dull headache [, which] is the least of the evils.” H. George Classen, Better Business English 69 (1966). A more recent authority, The Wall Street Journal Essential Guide to Business Style and Usage (2002), recommends hyphenating high-school students, real-estate dealers and federal-funds rate (page 118).

Why hyphenate high-school students? Is it really possible that someone would think, in the absence of the hyphen, that the students are high on something?

Our beloved copy editor assures us that it is so—and we take judicial notice of her assurance.

The respondent newspaper, through affidavits submitted by its editors, argues for a rule of reason. They say that every editorial decision on whether to include a hyphen should depend on the clarity of the phrase. WAFFLER, J., seems to endorse this position. Each judgment, he suggests, should depend on the particular sentence. MARTINET, J., suggests that in an editorial relating to hate speech, using hate free speech (unhyphenated) as an antonym of hate speech is reasonable and clear.

We disagree. Free speech is a much more traditional and common phrase than hate speech, and the mere combination of hate free speech (unhyphenated) suggests that people might literally detest the freedom of speech. This court has always loved free speech, and we deplore miscues suggesting otherwise.

As for the suggested rule-of-reason approach, it makes no sense to put writers to constant hand-wringing decisions about whether to hyphenate. We might as well adopt a rule that a period should be included at the end of a sentence only if the reader might not know that the sentence has concluded. Or that names should be capitalized only when it might otherwise be unclear whether it’s a person’s name. Hence anita (we know it’s a name) but Carol (because, if not capitalized, it might be thought to refer to a Christmas song). We do not endorse such orthographic sophistry.

We favor bright lines and uniformity, when they’re workable, and therefore declare that the hyphens in hate-free speech and tax-and-spend politicians—and all similar phrases—are obligatory. On these points, Ms. Short-Dash’s points are well taken.

On her third point, however, Short-Dash falters. There is a well-recognized exception to hyphenating phrasal adjectives: When a two-word phrasal adjective begins with an adverb ending in -ly, the phrase isn’t hyphenated. Hence nationally recognized figure, newly discovered evidence and wholly owned subsidiary. According to one leading authority, “Compounds formed by an adverb ending in ly plus an adjective or participle (such as largely irrelevant or smartly dressed) are not hyphenated either before or after a noun.” The Chicago Manual of Style § 7.86, at 444 (17th ed. 2017). Cf. Associated Press Stylebook 341 (55th ed. 2020) (“No hyphen is needed to link a two-word phrase that includes the adverb very and all adverbs ending in -ly.”). The phrase federally recognized tribe falls under this exception. We therefore reverse on this point.

Affirmed in part and reversed in part.

I write separately to say that I wish the majority had gone even further to brand the two misuses at issue as outright illiteracies—and to note that the omissions are merely emblematic of the general decline of our civilization.

I therefore disapprove of the majority’s citation of The Chicago Manual of Style and the Associated Press Stylebook, which grant far too much leeway on hyphens: “Where no ambiguity could result, as in public welfare administration or graduate student housing, hyphenation is unnecessary.” § 7.84 at 444; see also Associated Press Stylebook 341 (55th ed. 2020) (stating, in my view wrongly, that “no hyphen is needed” in two-word compounds when “the meaning is clear and unambiguous without the hyphen”). Ad hoc punctuation leads to chaotic punctuation.

MARTINET, J., concurring in part and dissenting in part.

I would overrule the precedents establishing the exception for -ly adverbs. The rule favoring hyphens should be a no-exception-applies rule. While I favor bright-line rules, I would obliterate from our analyses all nuances that give rise to exceptions and seat-of-the-pants determinations.

The “rule” at issue in this case is obsolete and hopelessly elitist. It requires that people know the difference between a noun phrase (prudent investor) and a phrasal adjective (prudent-investor rule—according to the majority’s reasoning). The fact is, people don’t learn grammar in school anymore. They don’t know the parts of speech. The mere presence of a hyphen makes the average person feel insecure. Hyphens are a means of scribal oppression, intended to create a “superior class” of people who understand their niceties.

For that matter, any sort of uniformity in punctuation is undesirable. It stifles people’s creativity and straitjackets their thinking. I therefore dissent.

On the one hand, I can see the utility of hyphens in rare phrases (for example, possession-of-marijuana charge). On the other hand, would anyone really misread national origin discrimination, tax refund anticipation loan, or zone of danger rule? I’m not so sure. They might, but they might not. See Justice Fussbudget’s citations. I’m ambivalent: While I agree somewhat with the majority, I can also see value in the points made by ANOMIE, J. I would order rebriefing and then take the case under advisement indefinitely.

Bryan A. Garner became a legal lexicographer as a first-year law student in 1981. Since 1994, he has been editor-in-chief of Black's Law Dictionary. Follow him on Twitter: @BryanAGarner