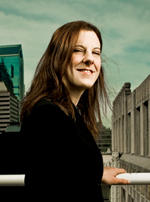 When Shaw Development forged a deal with Southern Builders to construct the “Captain’s Gallery” in Somerset County, Md., the contractor alleg­edly promised the developer that the new luxury condo project would be environmentally friendly.

But when the U.S. Green Building Council didn’t issue the hoped-for certification, Shaw claimed it lost $635,000 in tax credits.

The result: one of the first reported lawsuits in the country alleging that a builder failed to meet environmental standards set by the U.S. Green Building Coun­cil, a Washington, D.C.-based nonprofit that creates green building standards and certifies environmentally sustainable structures.

In February 2007, Shaw sued Southern Builders in a Maryland court. The case included the charge that Southern breached its contractual obligations by failing to obtain a silver certification by the USGBC’s Leader­ship in Energy and Environmental Design program.

As reducing energy costs and protecting the environment have taken on new urgency, cities throughout the country have passed laws encouraging green buildings.

In fact, 14 percent of cities with more than 50,000 residents now have green building programs, Shapiro says. Some offer incentives such as tax breaks or zoning variances for construction that meets the USGBC standards.

Many municipalities also have mandated that buildings of a certain size meet environmental standards, and they often provide for LEED certification as one way to prove the standards have been met.

But the new laws have lawyers wondering what will happen when buildings fail to obtain that certification, or when owners see their anticipated tax breaks disappear or learn their development is considered unlawful.

As in the Shaw case, some disappointed owners are likely to sue builders. In other cases owners might sue the USGBC itself, Shapiro and others predict. “That is coming, without question,” Shapiro says.

The USGBC encourages measures to promote energy savings and healthier environments, awarding projects silver, gold or platinum ratings. The ratings are based on such factors as whether buildings include sustainable materials like bamboo flooring, or energy-efficient features like rooftop gardens that help insulate buildings from the weather.

Laws that tie benefits such as tax incentives or zoning var­iances to LEED certification also present an unusual problem, some say, by giving a third party like the USGBC too much responsibility to both develop standards and determine compliance.

While building codes have long incorporated standards of private organizations—such as those put out by the American Society of Heating, Refrigerating and Air Conditioning Engineers—those associations haven’t themselves been asked to certify whether the buildings meet the requirements.

Of course, even if people sue, they’re likely to face hurdles before holding a private certifying group liable. The USGBC, for example, is a private organization that has no legal obligation to approve any projects, give due process, act quickly or anything else.

“It’s very difficult to come up with a way anyone can maintain any legitimate suit against this sort of standard-setting.” says Daniel Slone, a Richmond, Va., lawyer who represents the USGBC.

Nonetheless, he adds, the USGBC is not obligated to certify buildings.

It’s not only the usgbc or designers and builders but also local governments that are in the crosshairs of plaintiffs lawyers.

In one recent case, a coalition of water heating equipment groups and distributors of heating, ventilating and air conditioning products sued the city of Albuquerque, N.M., for enacting recent rules mandating that new buildings either obtain LEED certification or meet other energy reduction standards. A federal district judge in Albuquerque issued an injunction in October banning the city from enforcing its new building code, reasoning that the new codes are pre-empted by federal regulatory standards.

Even if buildings meet all certification requirements, designers and architects could still face lawsuits if the construction doesn’t deliver the benefits that owners expected it would, or if the green features result in hidden problems.

In fact, some owners have started complaining that the same features that are touted as environmentally friendly end up causing other problems. Roof gardens, for instance, can contribute to mold problems in buildings.

As many as 10 percent of the 4,000 claims a year Schinnerer handles involve some allegation of green promises gone wrong. Often owners complain that a green design feature backfired. For example, a college recently claimed that solar shading created a hospitable area for pigeons, which contributed to a campus outbreak of the fungal disease histoplasmosis.

Owners also have been disappointed when the benefits of green buildings didn’t materialize. For example, some manu­facturers of HVAC systems say that people in buildings with better air circulation will be healthier, which will lead to improved attendance. But the Washington Policy Center, a think tank based in Olym­pia, Wash., recently released a study showing that absenteeism did not decline as expected at new green schools. The study also showed that energy savings were not as great as expected.

Slone says it’s unfair to blame developers for absenteeism when many factors play a role in whether people stay home from school or work.

But Shapiro says that HVAC manufacturers might be held liable if it can be shown that they promised there would be fewer absences as a result of a healthier environment.

An additional wrinkle is that people tend to use the word green to mean everything from recycled materials to advanced air-circulation systems to improved energy efficiency. The problem is that some of those features are at odds with each other. For instance, ven­tilation systems require a lot of energy, so the quality of air might be improved, but the energy costs won’t necessarily be.

Stephen Del Percio, a New York City construction and real estate lawyer who publishes a blog called GreenbuildingsNYC.com, adds that owners and build­ers can head off litigation if they are precise when drawing up contracts.

“It all comes back to really understanding what ‘green building’ means,” he says. He adds that everyone from builders to designers to architects will be better off by thinking through exactly what they expect to accomplish at the beginning of a project, rather than waiting until the building is completed.

“I don’t think anyone who’s a lawyer in this space is trying to cause trouble.”