Fake news has long held a role in American history 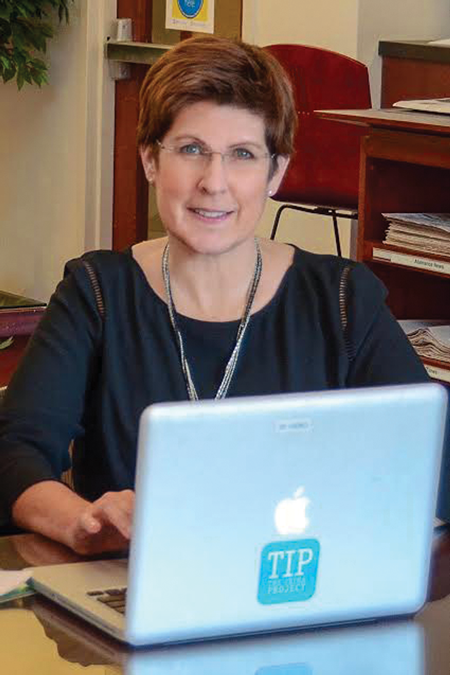 Fake news has a long history in America. Benjamin Franklin intentionally published stories alleging that the British paid Native Americans to scalp men, women and children in the rebellious colonies. During the contentious election of 1800, Federalist newspapers tried to keep people from voting for Thomas Jefferson by running fake stories of his death.

In the early days of the republic, however, people’s expectations for news stories were quite different from today.

“The notion of objectivity as we think of it today didn’t exist in the early 19th century. Instead, there was a long history of newspapers being supported by political patronage,” says journalism professor Barbara Friedman of the University of North Carolina. “Political parties considered newspapers as extensions of what they did. They were tools. The point was to discredit and even savage the opponent with falsehoods.”

The partisan-funded press faded away in the 1830s, but fake news continued in a different form: The new penny press lied about sensational events to entertain readers.

The penny press needed readers because they were not funded by political parties. The first of these papers, the New York Sun, published “lots of crime stories, sports stories, local stories, gossip and rumors,” says Matthew Goodman, author of a book on the newspaper and its times, The Sun and the Moon. “It created the template for the good tabloid papers of today.”

To boost circulation, the penny press was more than willing to use deliberate falsehoods that exaggerated and embellished events. In 1836, New York City newspapers ran a series of widely read articles on the murder of Helen Jewett, an upscale prostitute, and the subsequent trial of her alleged killer. The story was sensational, and the newspapers made it more so, thanks to doses of intentionally false details.

“James Gordon Bennett [editor of the New York Herald] visited the crime scene numerous times,” Friedman says, “and wrote very florid prose about Helen Jewett and the seedy world she occupied, which was foreign and fascinating to the audience. Some of the things he wrote were made up. His coverage was embellished for the sake of entertainment.”

If such falsehoods were exposed, readers at the time were not upset, as demonstrated by what may be the most famous newspaper hoax of all time. In 1835, the Sun ran a series of six articles claiming an astronomer, using a new, high-powered telescope, had discovered life on the moon. The astronomer had found no such thing, but that didn’t stop the fledgling Sun, which was desperate for readers.

As the series progressed, the supposed fauna and flora on the moon became increasingly lurid and sensational. “There were veiled bison, something that looked like a unicorn and biped beavers that walked on their hind legs, had discovered the secret of fire and built huts.

The final installment had the greatest creature of all: man-bats that talked, flew, built temples and fornicated in public, which drew a great deal of consternation among the Sun’s readers,” Goodman says.

Thanks to this moon hoax, the Sun went from a struggling upstart to the most widely read newspaper in the world. Then a rival newspaper revealed that all of the Sun’s stories about life on the moon were a lie. The Sun’s rivals expected this would kill the paper. They were totally wrong.

“The Sun’s circulation never went back down,” Goodman says. “The public tipped their hats, said, ‘You did a masterful job of entertaining us,’ and didn’t turn against the Sun.”

That’s because Americans at the time held a different view of what news media were supposed to do. “A large purpose of the newspaper was to entertain. The papers printed stories and jokes. There was not the same bright line between fact and fiction that we expect in our newspapers today,” Goodman says.

Even in the late 1800s—when investigative journalism came to the fore, and newspapers such as the New York Times began to champion objective journalism—fake news continued.

In the run-up to the Spanish-American War, William Randolph Hearst’s newspapers ran fabricated stories in order to goad America into war and imperial expansion.

Hearst’s papers falsely claimed Spanish officials in Cuba were committing atrocities, such as strip-searching American women. Hearst’s reporters wrote about the horrible suffering of the Cuban people—before those reporters had arrived in Cuba. Conditions in Cuba were bad, and Spanish rule was harsh, but Hearst embellished the facts.

“There was not due diligence in the coverage, and Hearst certainly had an agenda,” says journalism professor Rachel Davis Mersey of Northwestern University.

Hearst’s fake news wasn’t solely responsible for pushing the United States into the Spanish-American War, but it was a factor in bringing about the war.

“Fake news inflamed the passion of readers, including politicians,” many of whom wanted war, Friedman says.

Steven Seidenberg is an attorney and freelance reporter in the greater New York City area.