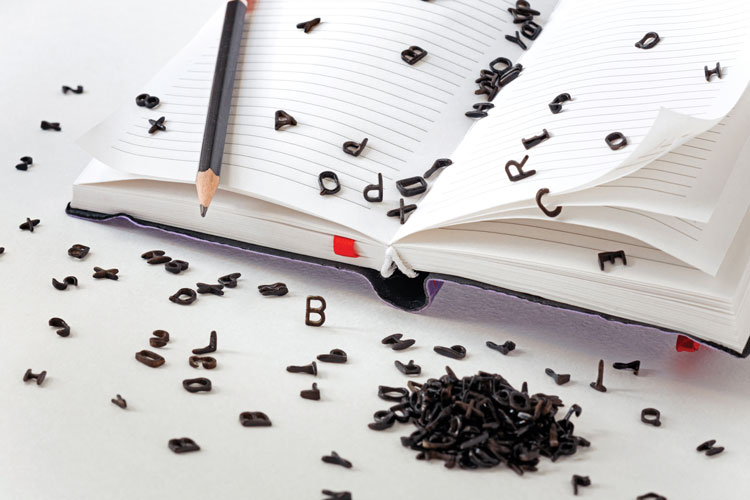 Now that’s an interesting question.” The comment may suggest either of two things: that the question itself is interesting, or that the fact of its being posed at all is an interesting phenomenon. People send me language questions that fit both categories.

“Tell me, Bryan,” a lawyer asked recently, “Is courthouse one word or two? Can I write it as court house? I think it should be two words.”

Now that’s a Category 2 type of “interesting.” I’ve answered it in various books. In my very first book, A Dictionary of Modern Legal Usage (1987), there’s an entry: “courthouse. One word.” That’s it. A total of three words in the entire entry. The second edition (1995) and the third edition (2011) say the same thing. For purposes of a usage guide, there didn’t seem to be a doubt about its meaning—just how to write the term.

The five editions of Black’s Law Dictionary for which I’ve been chief editor—beginning with the seventh (1999) and most recently the 11th (2019)—all list the word as solid.

The early editions of Black’s Law Dictionary (1891–1979), by contrast, give the term as hyphenated: court-house. Inertia probably played a strong role there: Once Henry Campbell Black, the dictionary’s originator, hyphenated the term in his 1891 magnum opus, it would take gumption by an editor at West Publishing (as it then was)—someone who’s not a professional lexicographer—to eliminate the hyphen. But that finally happened in 1990, long after all other American dictionaries had made the change.

There’s a familiar trend with compound words: They may start out as separate words (for example, to day in the 1500s to 1600s), then they go through a period of being joined by a hyphen (usually to-day in the 1700s to 1800s), and then they become solid (universally today from the late 1800s to the present).

If you keep up with British as contrasted with American English, you know that Americans tend to solidify before the British. During the 20th century, for example, Americans made the switch to boyfriend and girlfriend in the 1930s, while the British held tenaciously to boy-friend and girl-friend until the 1960s. By that time, the hyphenated forms seemed quaintly archaic to Americans.

So it’s hardly surprising that older print versions of the Oxford English Dictionary would spell courthouse with a hyphen. But in the online third edition of the Oxford English Dictionary, the term is given as solid. The second edition (1989) listed the term under the hyphenated form: court-house. That was true of the first edition (1928) as well. As in the example of Black’s Law Dictionary, sheer inertia can play a role: Once a headword is listed in a certain way, it’s easy enough for editors preparing a new edition to preserve what was in the previous one.

My correspondent’s wish to spell courthouse as two words doesn’t look so good, does it? I think he was asking permission to spell the term as an open compound—two words, no hyphen. But that would be as eccentric as writing boy friend or girl friend.

Perhaps you’re surprised by the time taken to address this rather simple question. But this kind of thing happens in law offices all the time. A law office, after all, is a kind of publishing house. We issue legal documents to be read sometimes by small audiences, sometimes by large ones. Because we’re a literary profession, we want to get things right.

And somebody in the office, perhaps a senior lawyer—we’ll call him Harold—gets the idea, by golly, that courthouse should be spelled as two words. “It looks statelier that way,” he might say.

Others disagree, citing recent dictionaries, and soon we have an argument. The amount of time devoted to the question depends on Harold’s tenacity. Will he keep going back to his idiosyncratic preference? If he does, will his younger colleagues keep trying to persuade him that his preference is quite out of step with sound editorial practice today? In the end, we may end up with a full memo on the weight of authority on this question. Somebody on the team might even suggest sending a query to me.

But big data might persuade Harold. Google’s Ngram Viewer (a search engine that charts word frequencies and usage from a large body of books over time) is based on the text of several million books. Neither in World Englishes nor in American English has the two-word spelling of courthouse ever been decisively predominant. Today, it’s not even close. In English-language texts published in 2019, courthouse appears more than 15 times as often as either court-house or court house. That’s an overwhelming ratio.

Once you get the courthouse document filed, another pesky question arises—and it’s already bothering Harold and the rest of your team. You’re about to file a brief in an insurance case involving a house owned by George and Rashel Higgins. How do you refer to their house? There are four choices: (1) the Higgins’s house (Harold’s position); (2) the Higgins’ house; (3) the Higginses’ house; and (4) the Higgin’s house.

Although Harold insists that there’s no need to look it up because he knows what’s correct here, two team members are certain that he’s wrong. If you Google “plural possessive of Higgins,” though, Harold finds support in a sentence that pops up on your screen: “Either Higgins’s or Higgins’ is correct, depending on the house style of the publication you’re writing for.” Harold triumphantly asserts that this clinches the argument.

Try the regular Google search yourself (plural possessive of Higgins), and you’ll see. It’s a good illustration of why internet searches aren’t a sound way of solving many editorial questions: They can lead to wholly erroneous answers.

Someone suggests the Higgins house. Why not use that in the same way that you might use the Garner house? Use the name attributively, as grammarians say. Three team members object because with a name ending in s, it seems like an apostrophe is missing.

I’ve seen lawyer teams come up with the wrong answer by spending either way too little or way too much time on such questions. How would you answer the question? Perhaps you’d let Harold’s view prevail because he’s the senior team member. Or perhaps you’d let the preference of the Higgins family prevail. But do they really get to decide on the proper plural possessive of their own name? Or perhaps you look it up in an authoritative reference book such as The Chicago Manual of Style (17th ed. 2017).

That last one is the most rational approach. The rule, you see, is that for plural possessives, you pluralize first (Higginses) and then make the possessive (Higginses’ house). Choice No. 3 is the correct answer—and the only correct answer. Chicago Manual § 7.17, at 422. No respected authority would say differently. If you don’t like it, try the Higgins family’s house.

For the singular possessive, there are two correct answers: George Higgins’s house (Chicago Manual, which I strongly recommend) and George Higgins’ house (Associated Press Stylebook). But that isn’t the issue here. Instead, we’re talking about plural possessives.

It’s pretty simple, really, if you know how to look things up. And if you don’t know how, you’ll mess things up.

This story was originally published in the June/July 2022 issue of the ABA Journal under the headline: “You Could Look It Up: How lawyers can verify proper spelling and understand that words change over time.”

Bryan A. Garner is president of LawProse Inc., chief editor of Black's Law Dictionary and author of The Redbook: A Manual on Legal Style (4th ed. 2018). He's @BryanAGarner on Twitter.